During the Spring Festival this year, Guoyuan Port in Chongqing Liangjiang New Area achieved the container throughput of more than 11,000 TEU in total, showing strong momentum of advancing high-quality development through high-level opening-up. 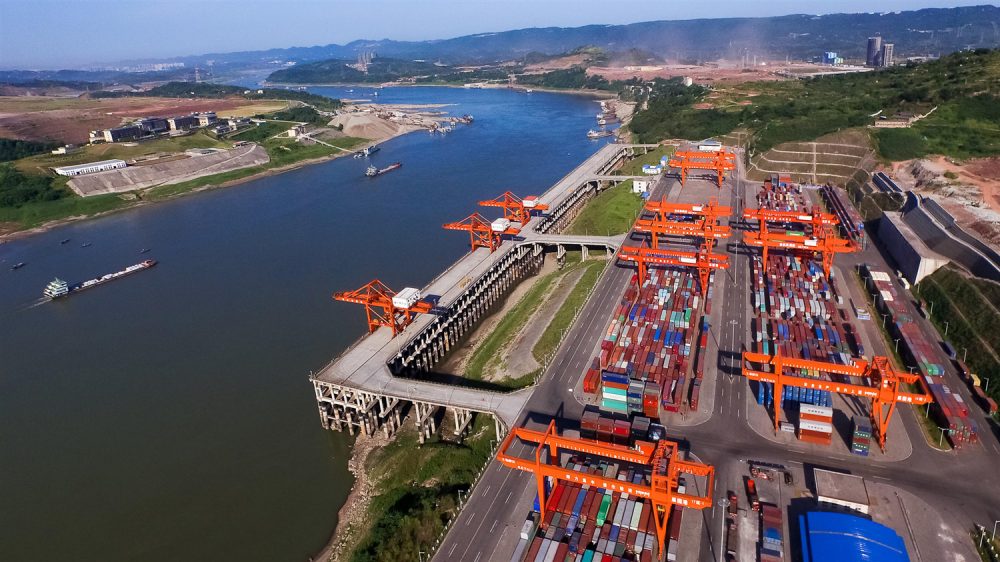 During the Spring Festival this year, Guoyuan Port in Chongqing Liangjiang New Area achieved a container throughput of more than 11,000 TEU in total.

At about 11 a.m., February 18, the first day of work after the holiday, three cargo ships were docking at the container terminal of Guoyuan Port. Containers were sent one by one to the shore and then transported by truck to the designated location.

“The three ships had to transport more than 100 TEU of containers, so we opened three working lines to ensure timely unloading, loading, and transportation,” said Fang Liang, Deputy General Manager of Chongqing Guoyuan Container Terminal Co., Ltd., in an interview.

Similar scenes are familiar. Since the beginning of this year, in the face of such unfavorable factors as the global COVID-19 pandemic, poor navigation conditions in the dry season, and unbalanced cargo supply and delivery, Guoyuan Port has taken a series of positive measures, thus ensuring that the port’s production continued the positive trend since the fourth quarter of last year.

According to data from Chongqing Port Logistics Group Co., Ltd., Guoyuan Port completed the container throughput of 79,000 TEU this January, up 25.6% year on year. This trend also continued this Spring.

Festival, during which the container throughput of the terminal of Guoyuan Port reached 10,811 TEU, a year-on-year increase of 39%.

“In the Spring Festival, we implemented a 24-hour duty system to ensure operations as soon as cargo ships arrived.” Fang Liang added that in the future, Guoyuan Port would take advantage of multi-modal transportation, strengthen the construction of logistics channels, fully release its radiation capacity to the central and western regions, and promote the construction of an inland open gateway in Chongqing Liangjiang New Area.