Chongqing – The 14th Chen Tuan’ Hometown Rapeseed Flower Festival is set to kick off in the northwestern district of Tongnan on February 26, according to a press conference of the district government at the Chongqing People’s Building on Saturday. 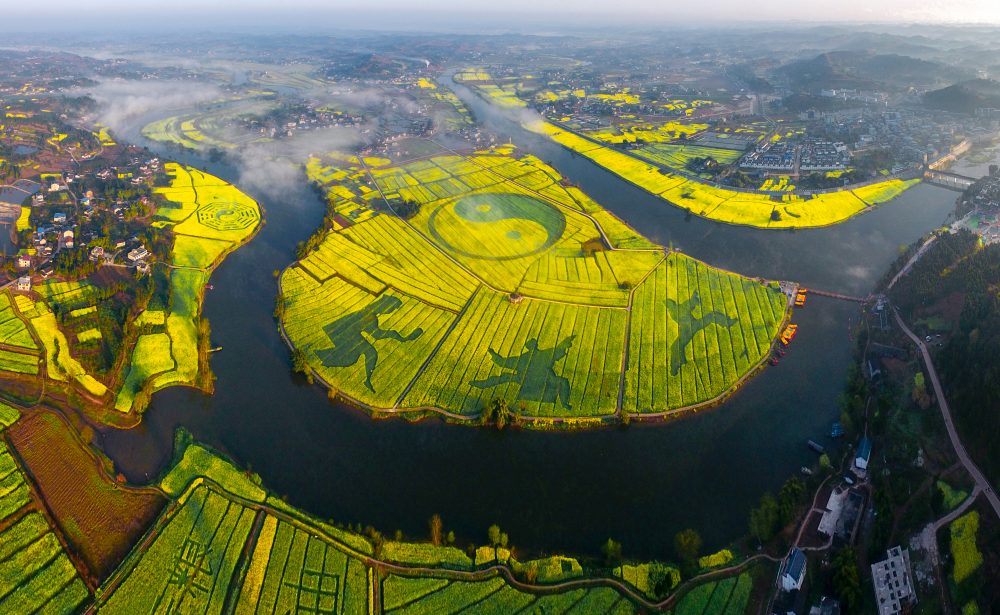 A bird’s eye view of the Bagua Diagram and patterns showing Taichi movements in the Chen Tuan’s Hometown scenic area.

“Since its first edition some 13 years ago, the Chen Tuan’s Hometown Rapeseed Flower Festival has become a name card for Tongnan’s success in developing rural tourism,” said Liu Yumei, vice mayor of the Tongnan District People’s Government, at the press conference.

As the northwesternmost district of Chongqing that borders Sichuan Province’s Suining City, Tongnan enjoys a mild year-round climate and has been hailed as China’s “home of rapeseed” since ancient times.

A mini-train carrying tourists runs through the rapeseed flower field.

According to authorities from the district’s culture and tourism commission, the colorful rapeseed flowers will continue to be the highlight of this year’s event, with the plantation area already stretching to some 333,333 square meters. 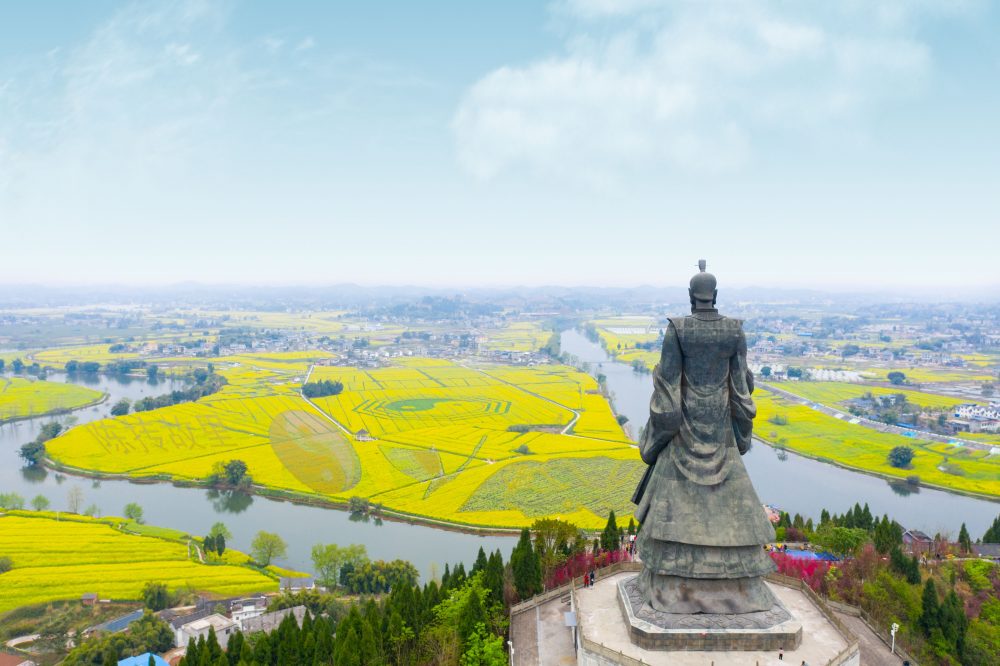 A statue of Chen Tuan, who was once a legendary Daoist sage, is set up on top of a hill overseeing the rapeseed flower fields below.

The core scenic spot of the 236-meter-long “Bagua Diagram,” which is a traditional Daoist diagram of eight combinations of three lines believed to be a useful tool for fortunetelling and divination rituals, will be decorated with wheat and rapeseed flowers in an effort to leave a strong visual impression on tourists. 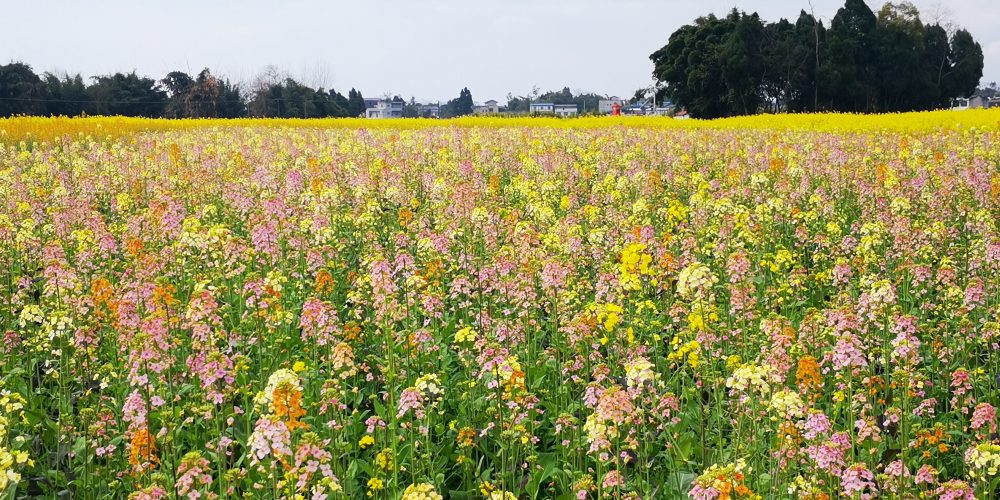 The colorful rapeseed flowers are seen in front of a village in Tongnan District.

In recent years, Tongnan District has been actively pushing for the integrated development of rural tourism and agriculture. The Chen Tuan’s Hometown Rapeseed Flower Festival is one of the most successful rural revitalization cases that has gained national and even international popularity. 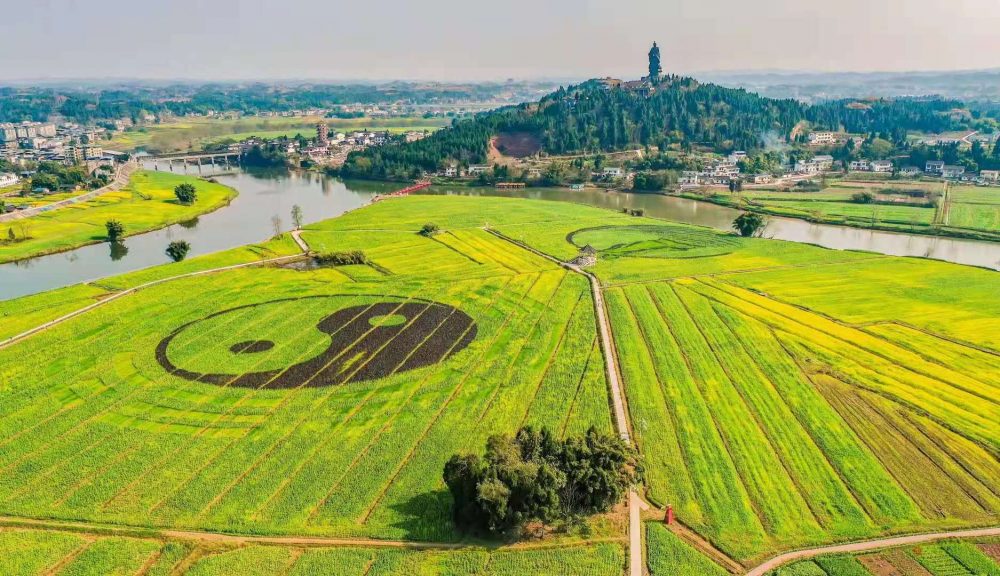 A more recent photo of Chen Tuan’s Hometown scenic area shows the rapeseed flowers are still yet to blossom.