Chinese State Councilor and Foreign Minister Wang Yi held a press conference on March 7th, on the sidelines of the fourth session of the 13th National People’s Congress and answered questions from Chinese and foreign media about the country’s foreign policy and external relations. 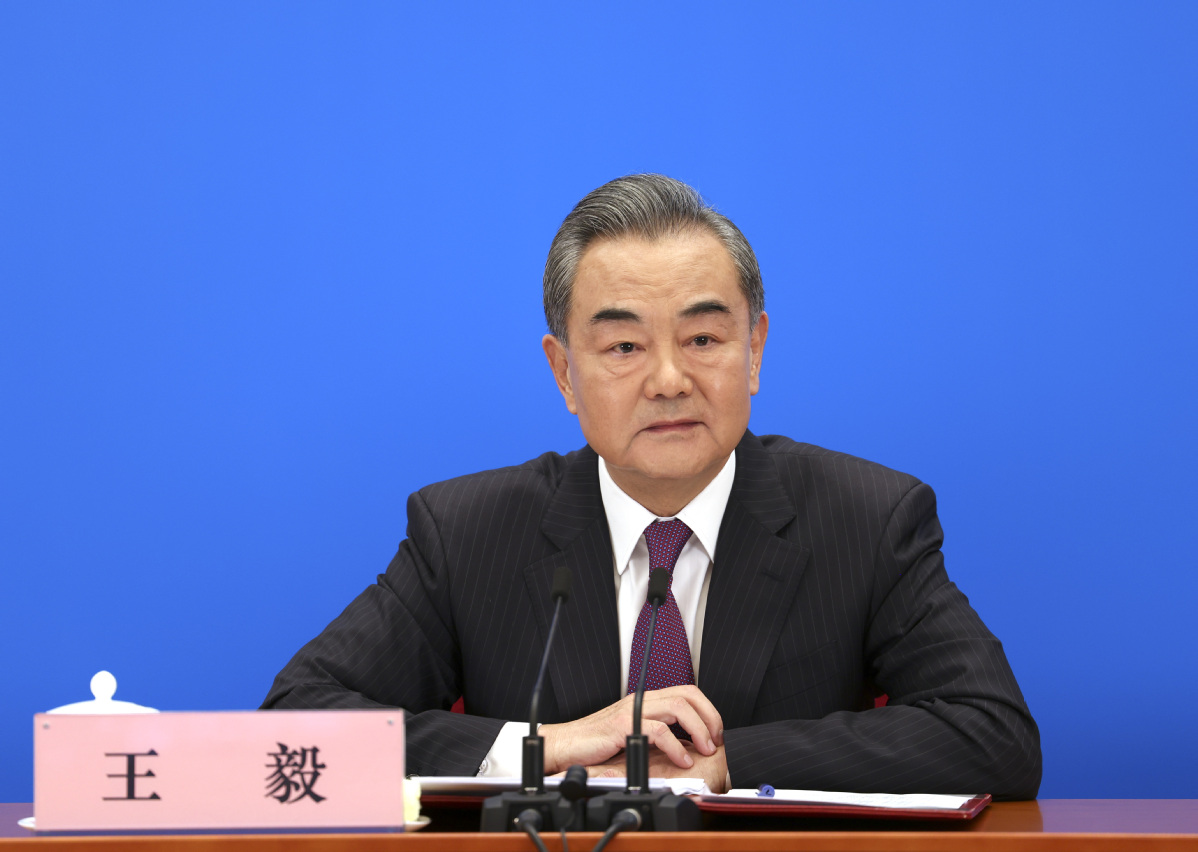 The press conference, which begins at 3 pm, was virtual at the Great Hall of the People in Beijing, in line with COVID-19 containment measures.

Here are some key quotes:

Cooperation should be the main goal for China and the US

“As two countries with different social systems, China and the United States naturally have differences and disagreements. What matters most is to manage them effectively through candid communication to prevent strategic miscalculation and avoid conflict and confrontation. China and the United States are the world’s two largest economies. As our interests converge, the two countries may also see a competitive element in our relations. This is normal.”

“What matters is that the two sides should advocate healthy competition on a fair and just basis for the purpose of self-improvement and mutual enhancement, rather than finger-pointing or zero-sum competition. More importantly, in the interest of the two countries and the whole world, cooperation should be the main goal for both China and the United States. The list of areas where the two countries can and should cooperate is very clear, including COVID response, economic recovery, climate change, and many others. We are open-minded to explore and deepen cooperation with the United States.”

“The move to improve Hong Kong’s electoral system and ensure “patriots administering Hong Kong” is necessitated by the need to advance the One Country, Two Systems cause and maintain long-term stability in Hong Kong. It is a constitutional power and responsibility of the NPC, and is totally constitutional, lawful and justified.”

“Loyalty to the motherland is a basic political ethic of all public office holders and aspirants anywhere in the world. Hong Kong is no exception. Hong Kong is a special administrative region of China, a part of the People’s Republic. How can we expect someone who does not love his motherland to truly love Hong Kong? Loving Hong Kong and loving the motherland are consistent requirements.”

Genocide claims in Xinjiang are preposterous

“Over the past four decades and more, the Uyghur population in Xinjiang has more than doubled from 5.55 million to over 12 million. In 60-plus years, Xinjiang’s economy has grown by more than 200 times, and the average life expectancy has increased from 30 to 72 years.”

“Some Western politicians chose to believe in the lies made up by a few, instead of listening to the voice of 25 million Xinjiang residents of various ethnic groups. They chose to dance with the few anti-China elements in their clumsy dramas instead of acknowledging Xinjiang’s progress. This only shows that they do not care about the truth.”

A better China-Japan relationship serves the interests of both peoples

“In recent years, China and Japan’s leaders reached the important understanding that the two countries should be partners, not threats, to each other. In the joint fight against COVID-19, many touching stories between our two peoples gave true meaning to the verse that Though we live in different lands, the same moon and sky make us one. Two-way trade and investment increased despite the pandemic.”

“These positive developments show that a better China-Japan relationship serves the interests of both peoples as well as regional peace and stability. Both sides should cherish the hard-won gains as they have not come easy.”