A Feast of Flowers, Dianjiang's Peony Culture Festival Returns for the 22nd Time

Chongqing – The annual Dianjiang Peony Flower Culture Festival has returned last Friday to the northeastern county of Dianjiang, with various song and dance performances featuring peony flowers and the local government’s efforts in poverty alleviation through developing tourism economy being staged at the opening ceremony. The peony culture festival is part of the city’s culture and tourism authority’s overall campaign on promoting Chongqing Spring Tourism Season. 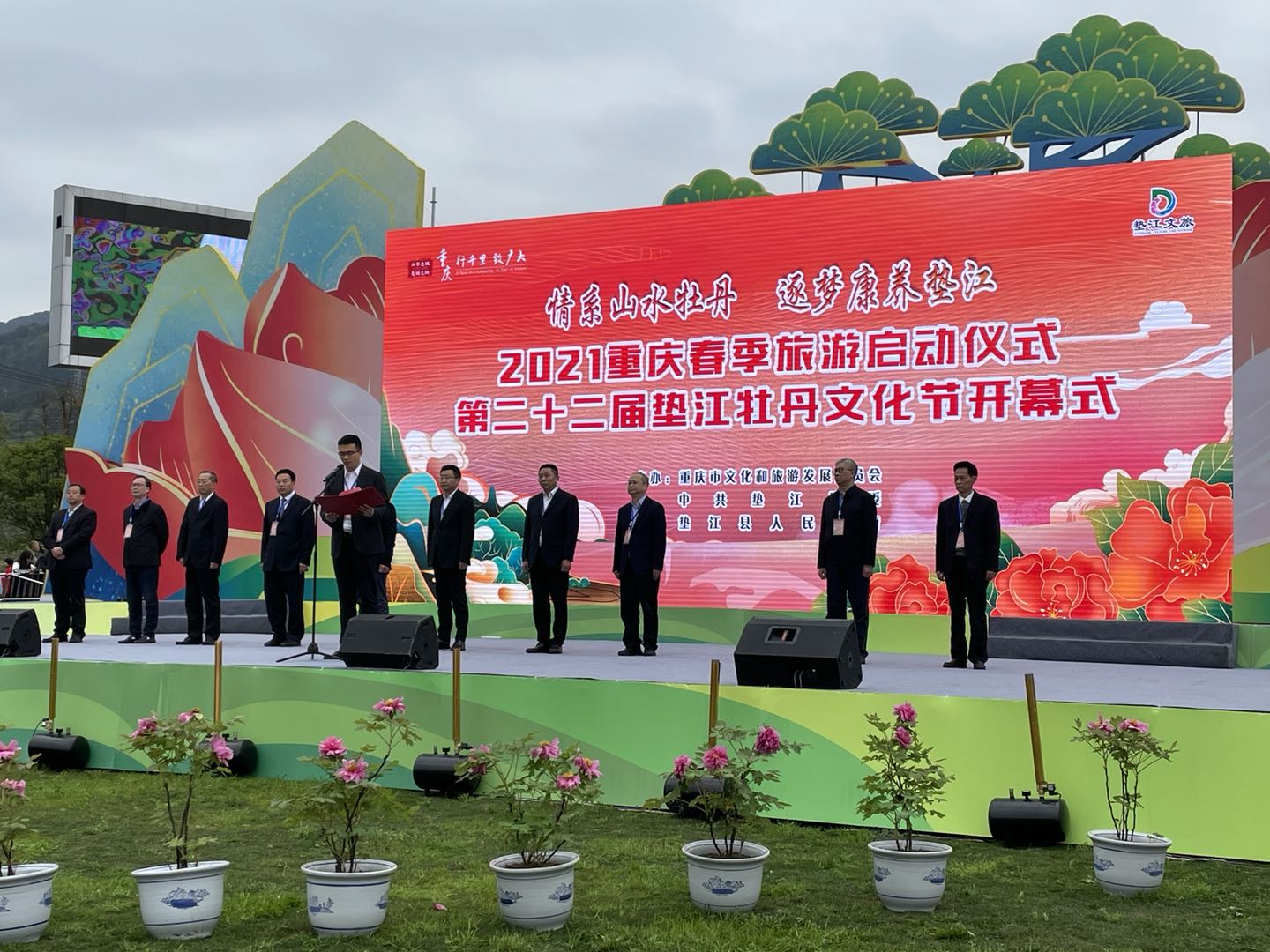 County Mayor Jia Hui (Front, Center), together with other local government officials, announces the launch of the peony culture festival.

“Th peony flower culture festival has been successfully held for 21 consecutive years here in Dianjiang, with its growing popularity, stellar reputation, and compelling influence attracting millions of visitors from across the county to see the blooming peony flowers each year,” said County Mayor Jia Hui in his opening speech.

According to official data released by the local government, Dianjiang received a total of 5.25 million tourist visits last year, generating 2.7 billion yuan in tourism revenue, with a growth rate much higher than the city’s average. 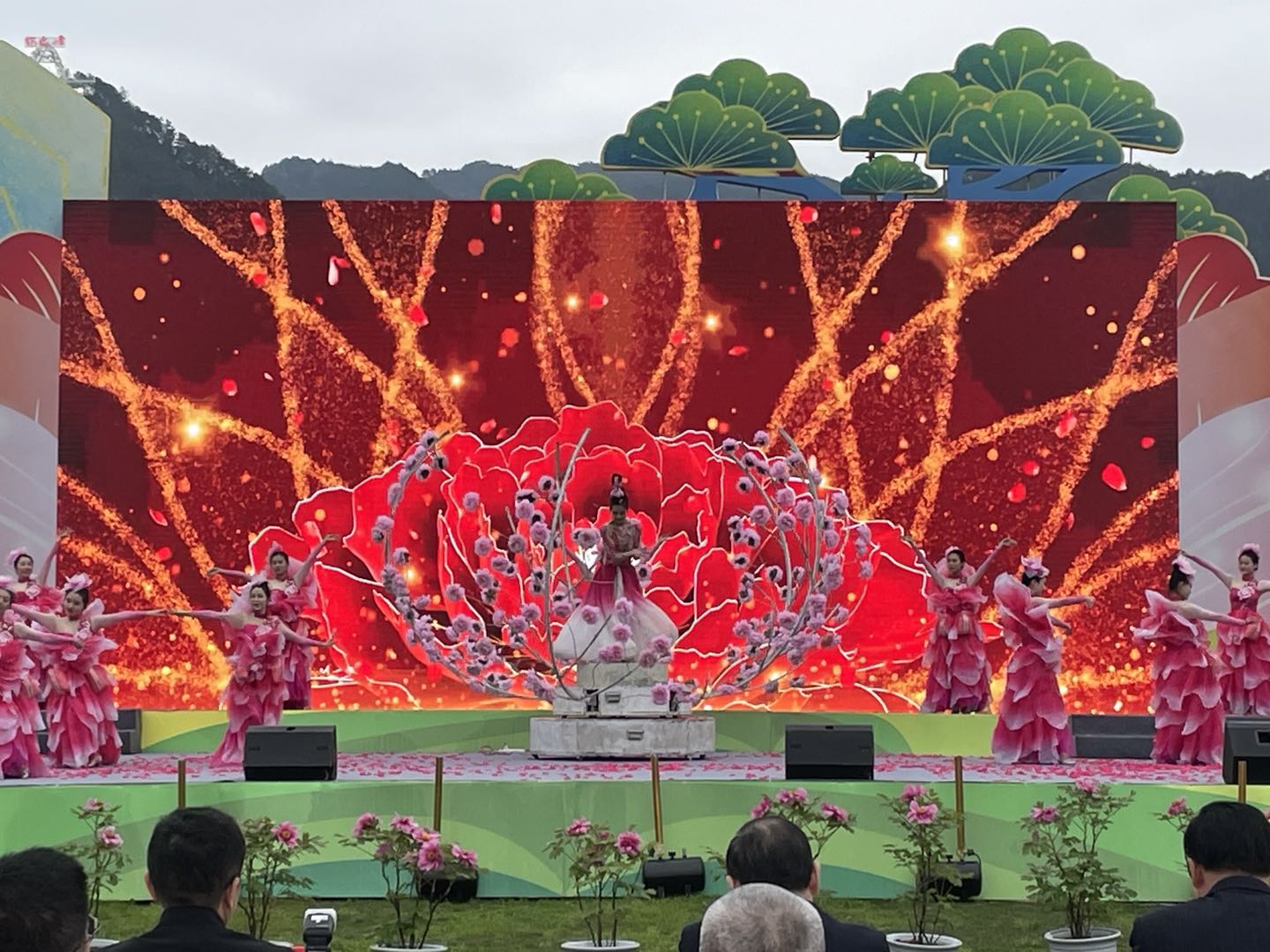 Qin Dingbo, deputy director of the Municipal Culture and Tourism Development Commission, also called for greater efforts in further expanding tourism opening-up via the platform of the peony culture festival. “I hope Dianjiang could build on its hard-won advantages in rural tourism resources and actively contribute to the city’s overall ‘all-for-one’ tourism development.”

Following the opening speeches was a dance show titled “Flowers Bloom in Warm Spring” and a “Mountains and Waters in the Cloud” science and technology show, which aim to showcase the supreme beauty of peony flowers with hundreds of other flowers serving as a foil. 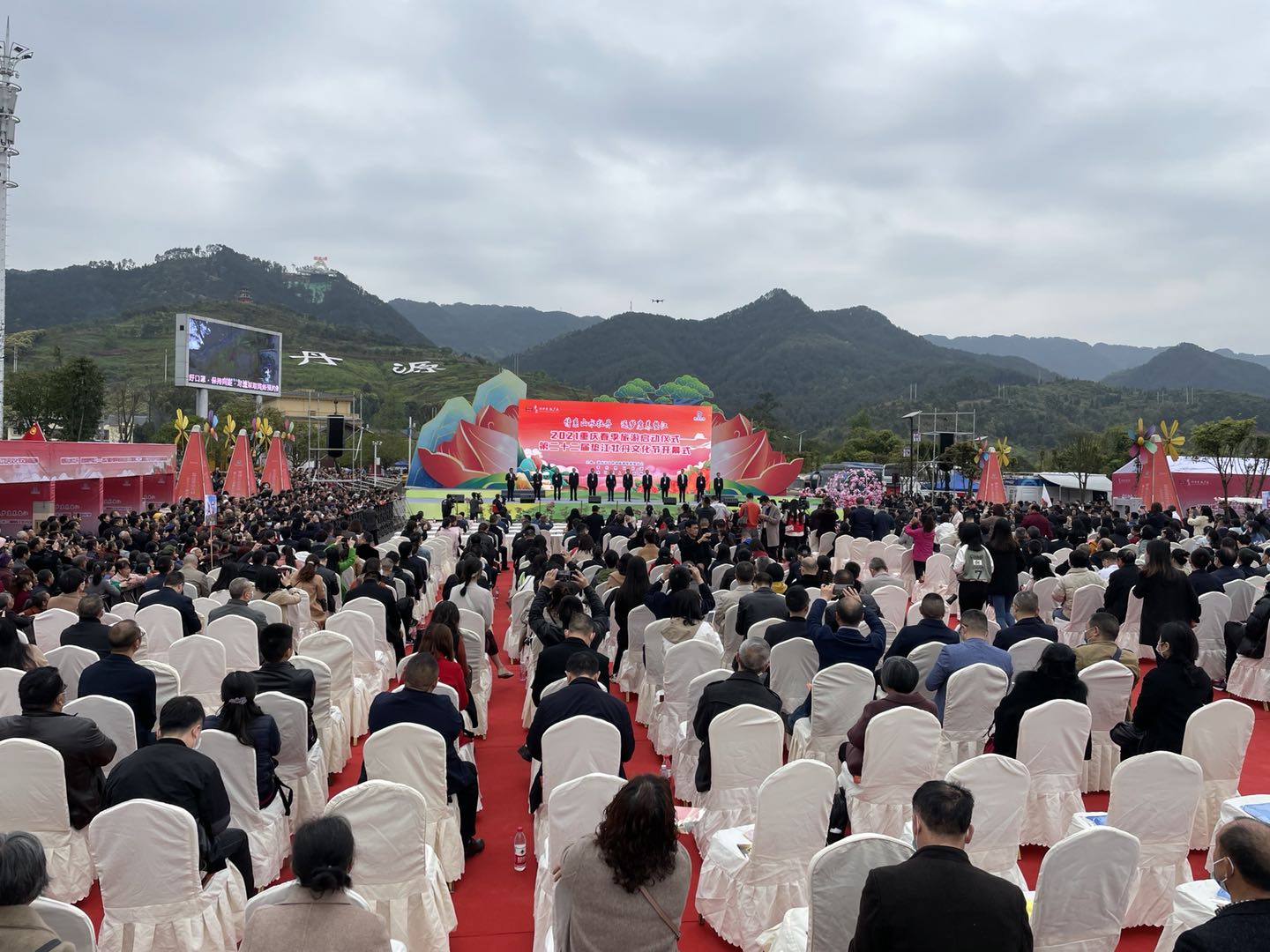 The show then moved on to Part I: Bestowed by Heaven, Mingyue Mountain Green Belt, which consists of a dance show”City’s Romance with Flowers” and a symphonic poem recital “Splendid Mingyue Mountain.” While Part II was focused on the main theme of “Sing to Twin Cities, Dialogue with New Dianjiang,” which includes a Sichuan Bamboo Lute show titled “When’s Bridal Sedan Chair Coming” and a rap song named “Chant to New Dianjiang.”

The launch ceremony climaxed with a song and dance performance titled “Step on New Journey,” implying the county’s relentless efforts in developing the rural tourism industry will step onto the next stage and bring more prosperity to local businesses and households. 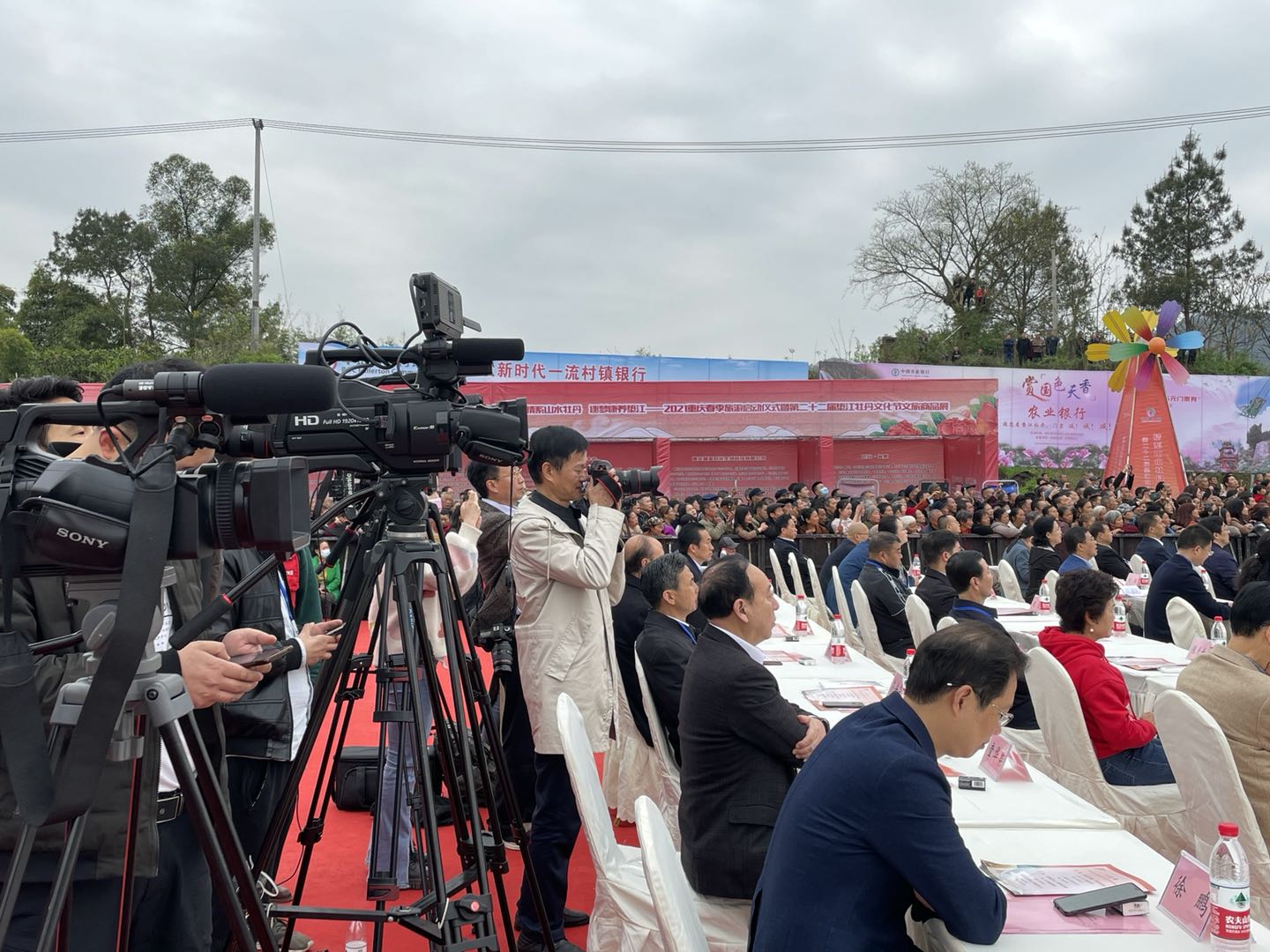 Photographers and journalists take photos of the actors performing on stage.