Mine Park in Chongqing's Yubei District Opens to Public

Through five years of construction, the Mine Park in Chongqing’s Yubei District has been opened to public. Once deserted deep pits, those beautiful lakes are shinning with every shade of emerald. 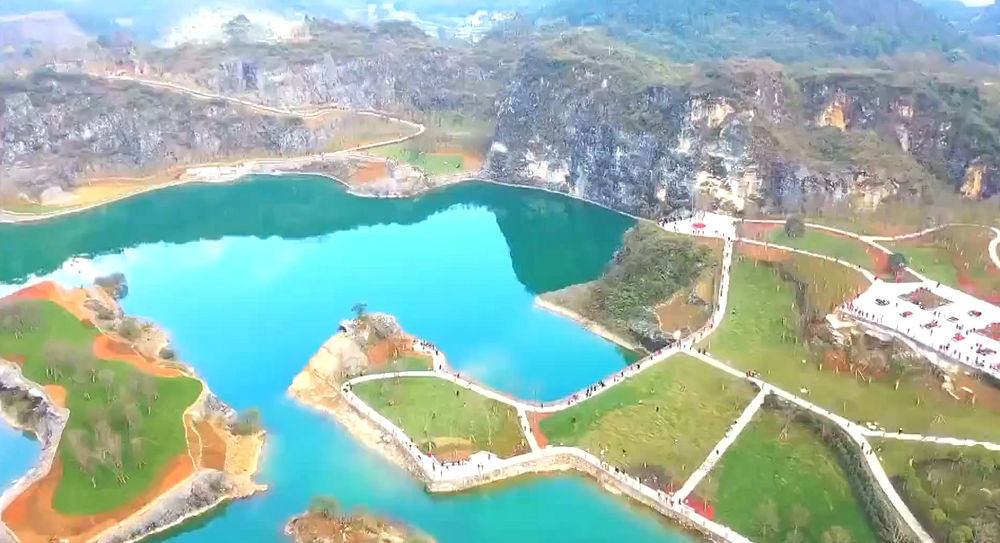 Against the blue skies, they look like one after another bright jade, earning the park a reputation as “Chongqing’s answer to Jiuzhaigou” and also making it a popular attraction on the outskirts of Chongqing.

Across the park, there are 41 large mine pits strewn between Yufengshan Town, Shichuan Town and Gulu Town. Of them, 39 are located in Shichuan Town. To advance ecological protection, Yubei District has begun mine pit restoration since 2015. Through years of work, a characterful mine park has been built there, transforming the former deserted mine into today’s beautiful green area.

When the deserted pits are filled with water, one after another beautiful lake is created. Due to the effect of the mineral substances contained in the lakeside rocks, the lake water grows more and more emerald. So it has been hailed as “Huanglong in the City” and “Chongqing’s Answer to Jiuzhaigou”, and become a popular attraction in Chongqing. 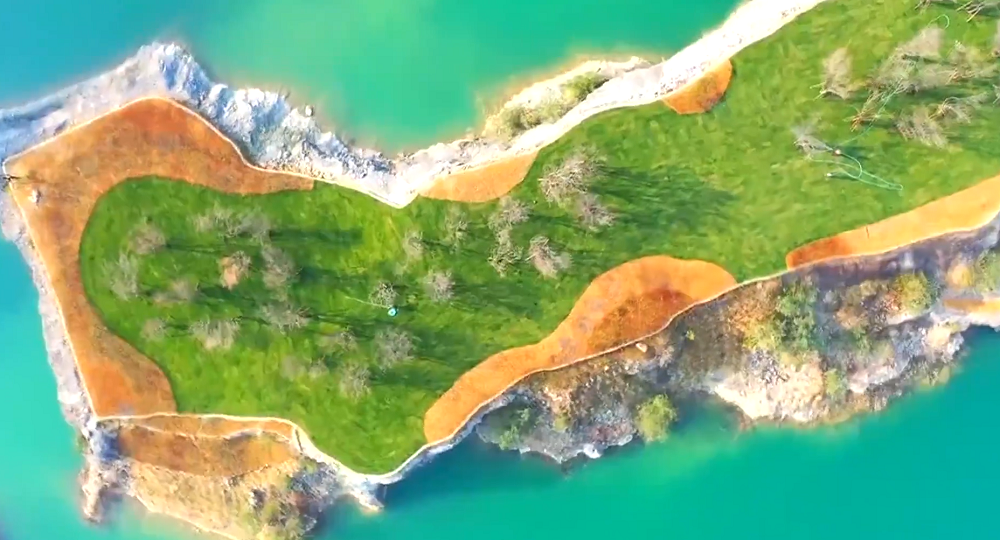 Since its opening, the Mine Park has remained a big draw for Chongqing’s citizens. On sunny days, especially on the weekend or during the holiday, citizens like visiting it to spend an enjoyable day appreciating beautiful mountains and lakes.