Chongqing – Ever since it’s first opened to the public in 2017, the notoriously famous theme park of Dream Ordovician in southwest China’s Chongqing Municipality has generated a lot of buzz on microblogging sites Weibo and video-sharing platform Douyin, Tic Tok’s sister app on the Chinese Mainland.

You may be surprised to find out how nationally and even internationally well-known the newly-built amusement park has become over the years. Your friends, your coworkers, and your remote relatives are all talking about going there for a visit all of a sudden. 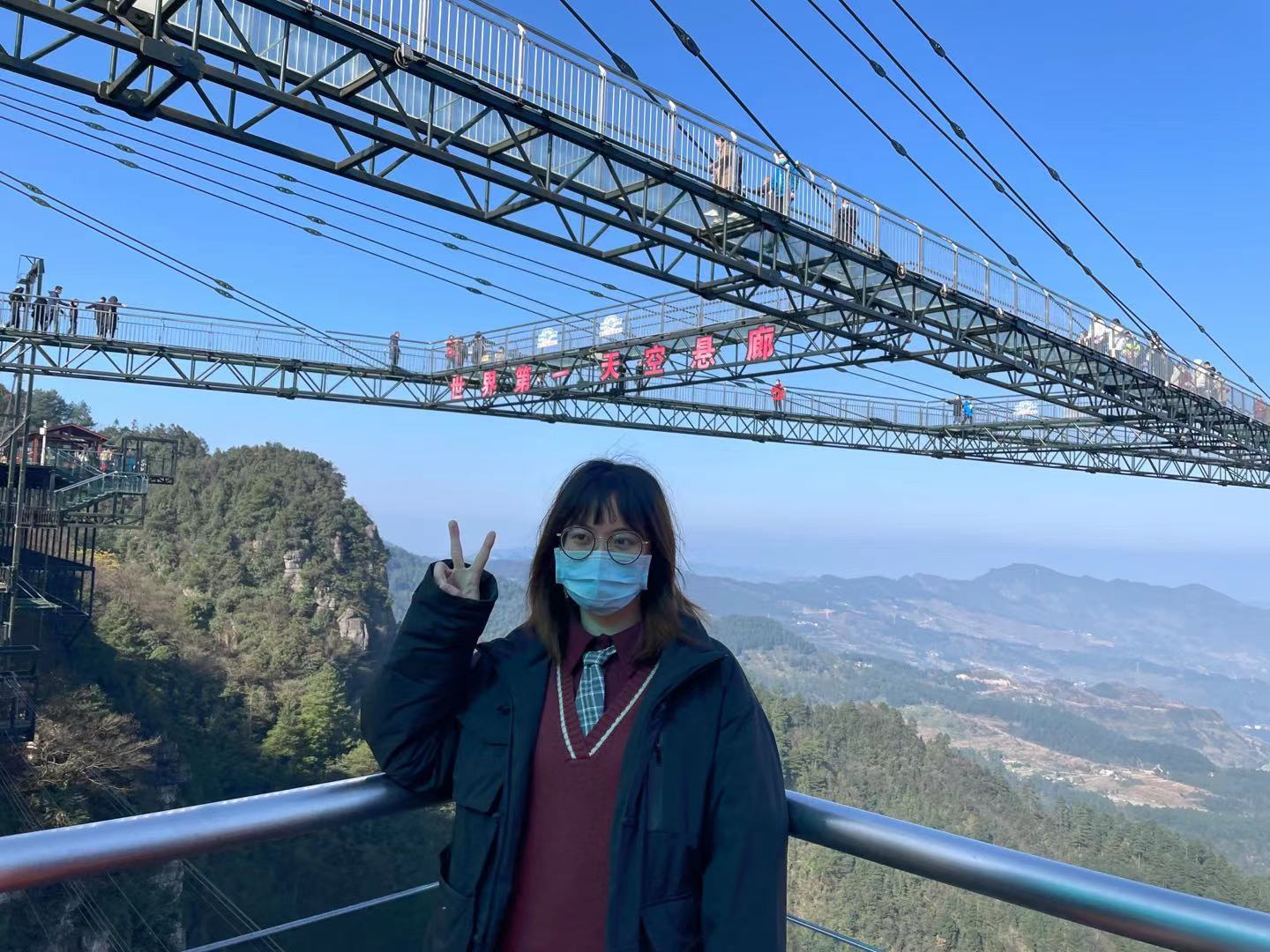 Lynn poses for a photo in front of the “Word’s No. 1 Sky Corridor” with a V-for-Victory hand gesture. (iChongqing/Truman PENG)

However isolated and opposed to social media fads you might have been, this place is definitely worthy of your attention. I mean, come on, it holds a Guinness record for having the longest cantilevered glass walkway in the world!

located about 100 kilometers away from downtown Chongqing, the Wansheng Ordovician Theme Park has become a kind of “Mecca” for thriller enthusiasts who seeks hair-raising experiences to test their terror limits. People tend to have very different tastes when it comes to entertainment items in an amusement park, for instance, the gravitational items that scare me to death are more like a mere piece of cake to my girlfriend.

Anyway, here is a list of my pick on the top 3 most terrifying attractions in Dream Ordovician.

The glass footbridge is the main attraction of the theme park, with an A-shaped transparent bridge hanging on a cliff and stretching outwards 70 meters from the edge. It’s been dubbed as the “World’s No. 1 Sky Corridor” by fervent netizens on the internet with a record-breaking length. 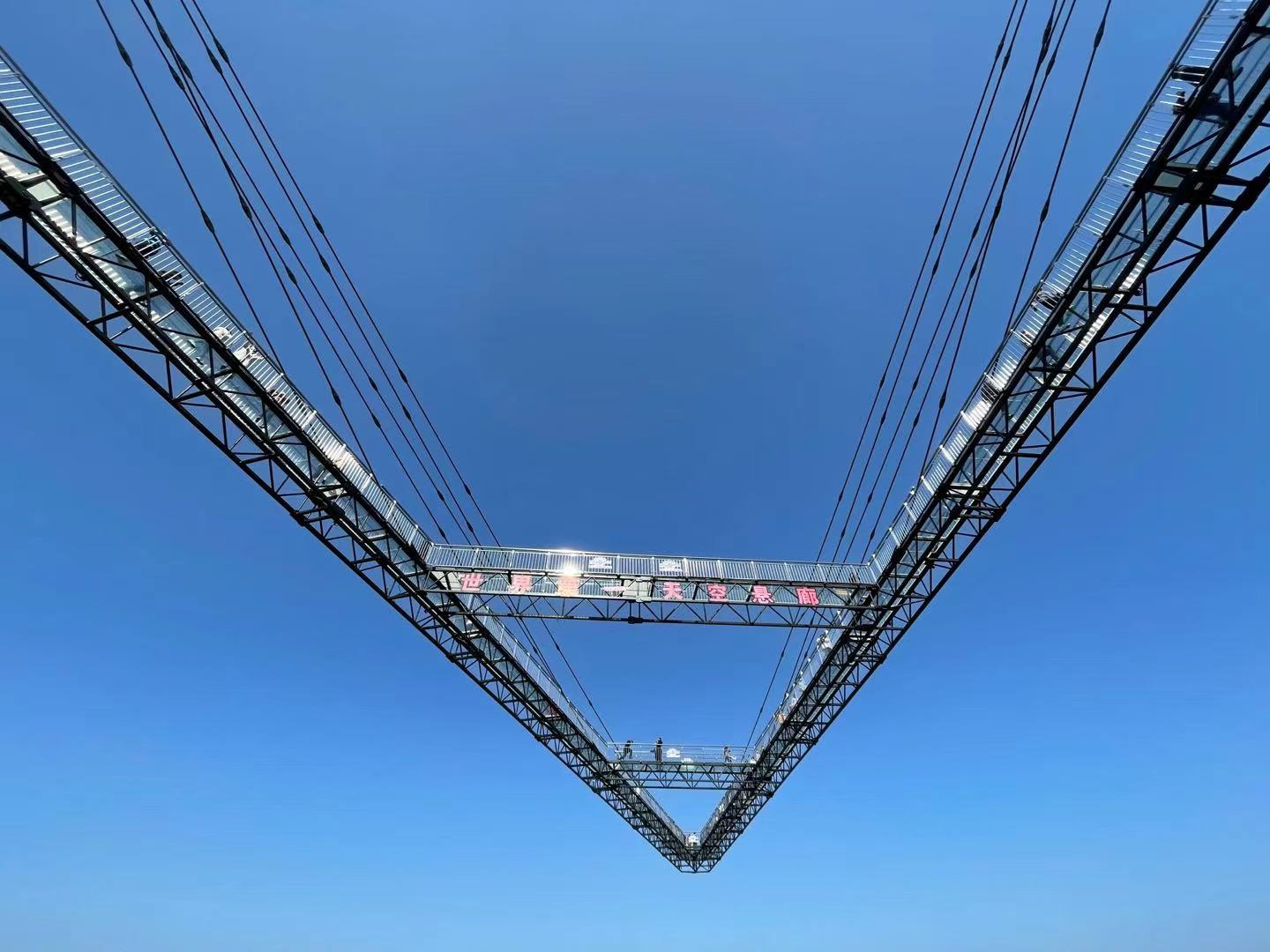 An upward view of the A-shaped cantilevered glass footbridge from below. (iChongqing/Truman PENG)

Walking on the glass footbridge isn’t as easy as it looks from the pictures you see on the internet, it trembles more and more evident as you walk further near the end. What’s more, there’s also wind hurling from all directions just to mess with your hair, so you better be prepared for not being able to take awesome pictures there. And, last-minute reminder, keep a tight grip on your phone.

If you have ever taken the Chongqing Rail Transit, then you must be familiar with the phrase “please mind the gap between the train and the platform,” which constantly repeats itself whenever arrived at a new subway station.

Well “mind the gap” has never been more true when you take a stroll on the 152-meter-high cliffside gap bridge, another popular attraction of Dream Ordovician. Even though you have a cable buckled up on your back to keep you from free-falling off the precipice, there’s still great pressure for you not to make the “wrong” step, cause you might be tempted to.

A teenage boy jumps into the air on the 152-meter-high cliffside gap bridge. (iChongqing/Truman PENG)

Personally, the pressure isn’t coming from the possibility of falling off the cliff and dying, but rather the awkward moment of hanging there in the gap after slipping off the bridge, with crowds of spectators swarming in just to see the “accident.” Fortunately, I didn’t get the chance to make a fool of myself, so good luck to you.

If I had to choose but one favorite of the dozens of attractions in Dream Ordovician, it had to be the cliff swing, which scared me so much that I had to restrain myself from screaming out loud. 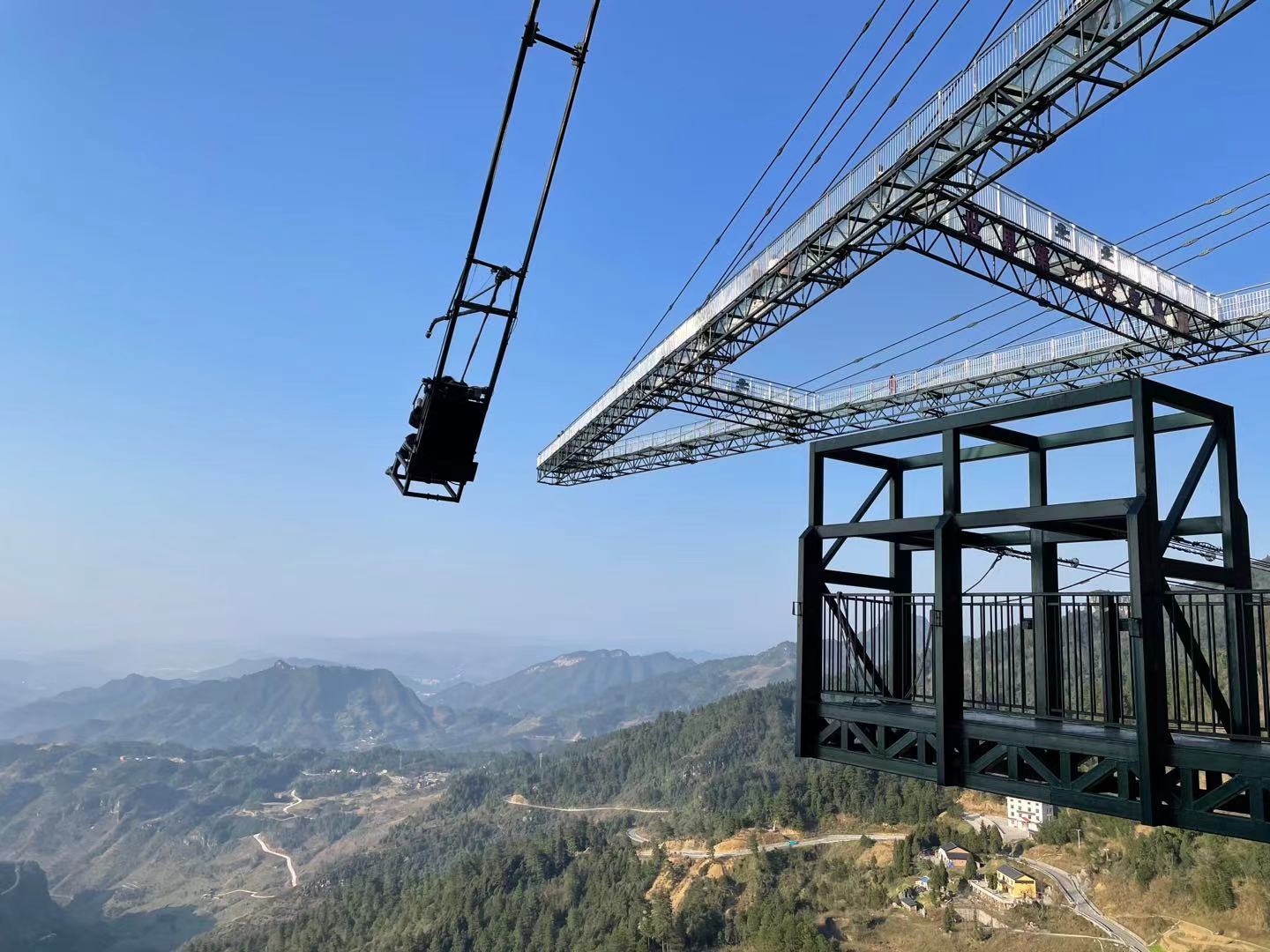 A rearview of Lynn on the 18-meter-radius cliff swing built on a 300-meter-high precipice. (iChongqing/Truman PENG)

It’s a “torturous” experience for someone like me who isn’t so fond of the gravitational items. The pure feeling of lost control was scary enough for me to never want to set foot in that zone ever again, unless, of cause, my girlfriend challenges me to do that again.