At 12:39 on March 28, a passenger plane from Hangzhou landed at Chongqing Xiannvshan Airport. It was the first flight that arrived here in the new season. That day, the airport welcomed and saw off 12 flights in total.

On March 28, the planes landing at the Xiannvshan Airport came from three air routes: Hangzhou-Wulong-Chengdu, Beijing-Wulong-Foshan, and Shanghai-Wulong-Chengdu. Passengers on these planes were mainly members of tourist groups who came to Wulong for sightseeing. On that day, six planes departed from the airport to Beijing, Shanghai, Hangzhou, Chengdu, and Foshan.

According to the Chongqing Yuwu Airport Company, following the new air route of Jinan-Wulong-Chengdu to be opened on March 30, the airport will see more routes connecting Wulong and such cities as Chongqing, Xi’an, Hefei, Guiyang, Wenzhou, and Changsha. 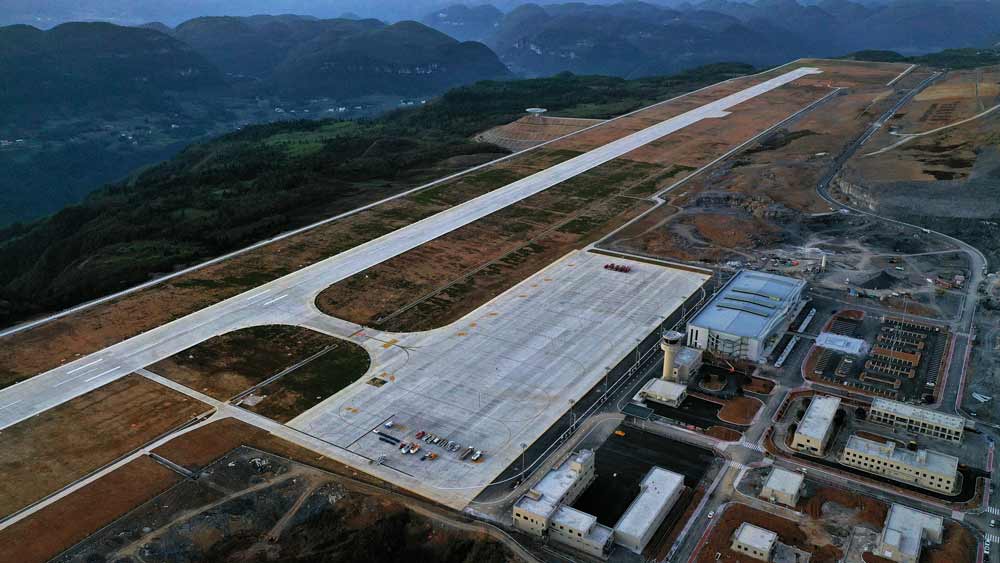 To facilitate tourists, Wulong opened three bus routes linking Xiannvshan Airport with the bus station in Wulong, the tourist center of Fairy Mountain National Tourist Resort, and the Huapont Hotel on Fairy Mountain on March 28. Visitors can get on/off at scenic areas and spots along the way.

The proposal to build the Xiannvshan Airport was put forward in 2007; the construction began in 2016 and ended in 2020. The first batch of routes in the new season connects Wulong with large and middle-sized cities in China, the most economically active areas. Therefore, the district is expected to celebrate a better development environment. These new routes will further promote Wulong tourism’s internationalization and the whole district’s high-quality economic and social development.