Chongqing – Speaking of pottery, most people are probably too familiar with the word that they couldn’t distinguish them from porcelains, ceramics, and other earthwares in real life, because nowadays, pure pottery products have been gradually replaced by more refined glassware and porcelains for their improved hardness, durability, and water resistance.

But let’s today explore the uniquely charismatic pottery-making techniques of Chongqing Yunyang Pottery for a change, which has a history that can be dated back to thousands of years ago to the Spring and Autumn Period (771-476 BCE). 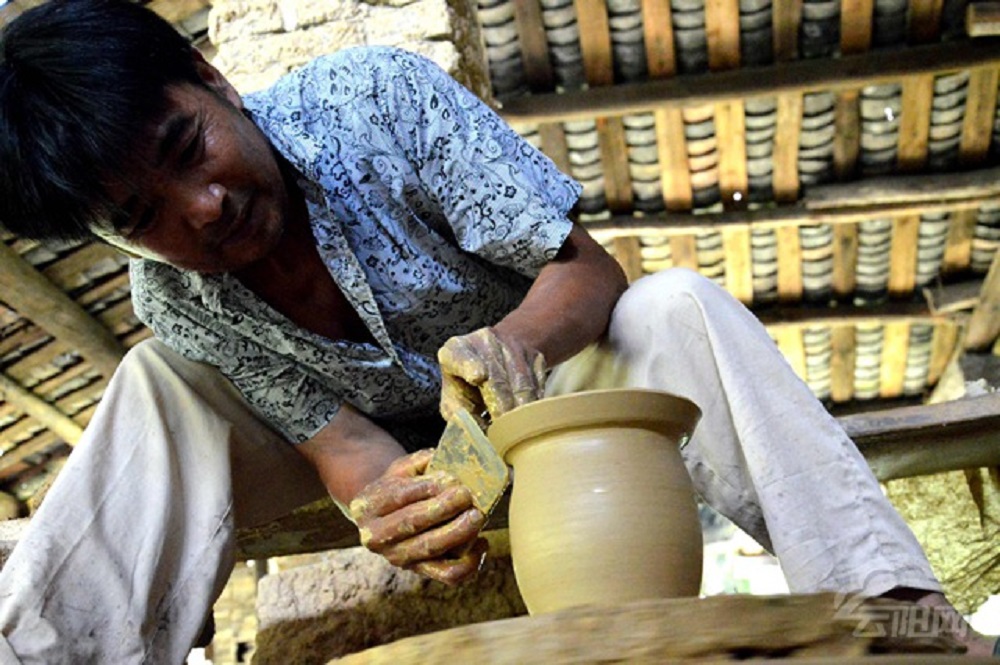 Located in northeastern Chongqing, Yunyang County boasts a dozen municipal-level intangible cultural heritages, among which Yunyang Pottery is one of the most respected and well-known.

“The development of pottery is an important part of the history of Chinese civilization,” Li Jiayuan, a local artisan who has been practicing Yunyang Pottery for over half a century, said. “It holds profound economical and historical implications to the study of the cultures and histories of the eastern Chongqin area.”

Li’s ancestral families have been making potteries for five consecutive generations, and therefore it seemed natural for him to inherit the art from his father at the age of 12.

In 1980, Li Jiayuan founded a pottery factory dedicated to making Yunyang Potter products, which saw all of his 20 staff earning an average annual salary of 10,000 yuan in the following year. Li was commended as a “model figure” in Yunyang County that year for helping the local residents shake off poverty and lead a better-off life.

“We were doing pretty well with our pottery products until the market experienced a downturn in 2005, and that’s when my pottery factory started to wane.”

Other than the repressed market demand, the growing prevalence of mechanized mass production has also been chipping away the already marginalized profits of Li’s factory. The handwork of pottery-making staff takes way much more time than automatic machines and also comes with a higher cost, Li said.

What’s worse, after a week-long process of mud-digging, filtering, smashing, mingling, molding, shaping, basking, glazing, and kilning, a piece of pottery work can only sell for a meager 2-3 yuan due to the squeeze-out effect of glassware and porcelain products.

Considering the two perspectives of time and cost, Li said he had to quit pottery making and seek another source of income as he could hardly make it a lasting career that provides enough for his family.

The possibility for the traditional Chinese art to die out in this generation has never been this high due to an obvious lack of young inheritors to carry forward and promote Yunyang Pottery, Li regretted.

However, there is still a special workshop at Li’s home where he dedicates his spare time practicing the various techniques for making Yunyang Potteries.

“The other jobs that I’ve been engaged with don’t make me less familiar with the Yunyang Pottery, I still can make a hundred pottery products such as bowls, vats, jars, and pots,” Li said.