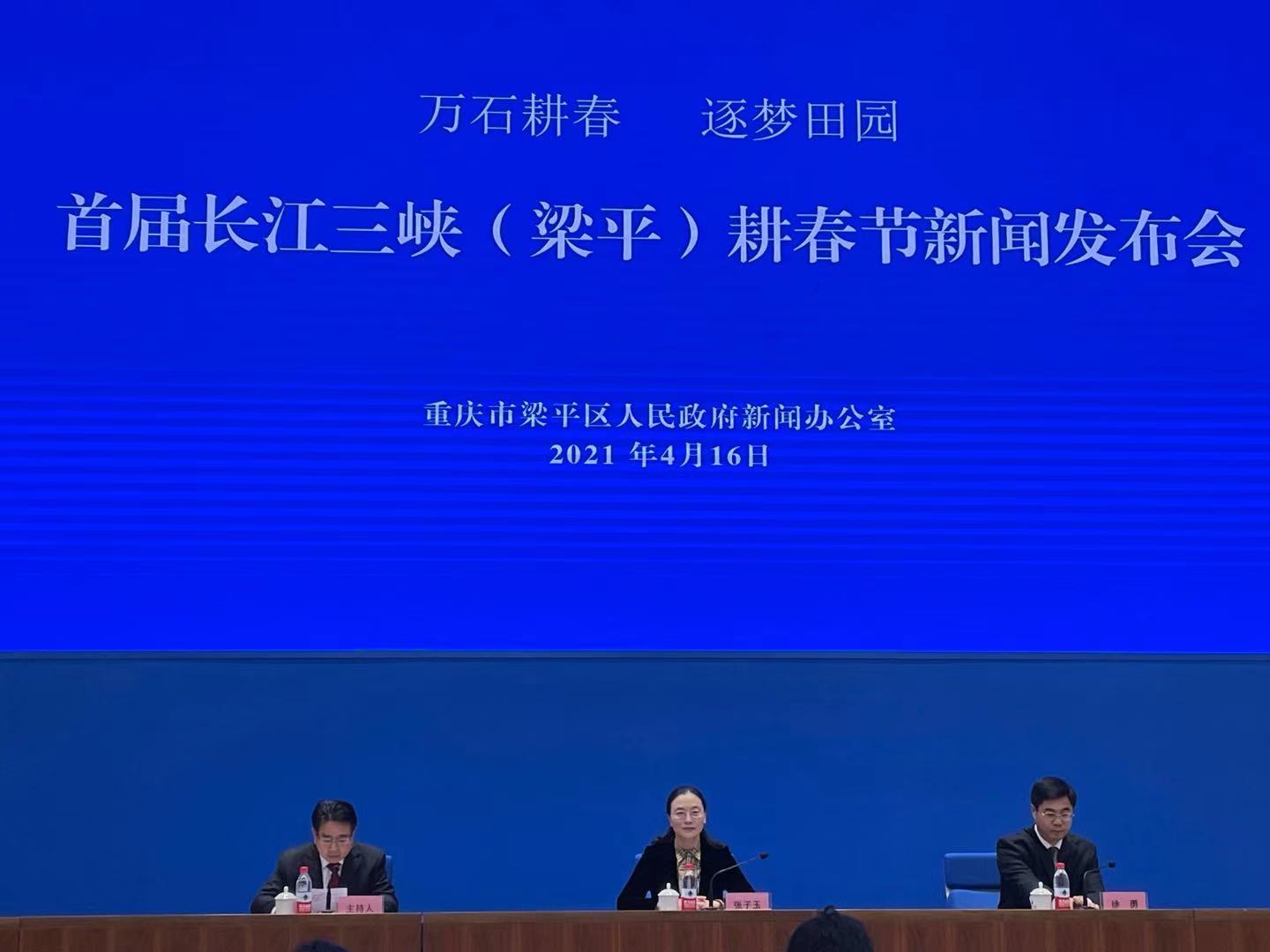 Themed “Vast Expanse of Fertile Farmland, Pursuing Dreams in the Countryside,” the plowing spring festival will be held from March to May this year, with the opening ceremony and seedling transplanting ceremony scheduled on April 20; a Liangping fashion fair that focuses on creative agricultural products scheduled from April 28 to May 5; a pomelo flower festival scheduled in mid-May; a garden carnival at Baili Bamboo Sea scenic area scheduled during the International Labor’s Day holiday; a bamboo shoot picking festival scheduled in late-May; as well as a parent-child rural experience event. 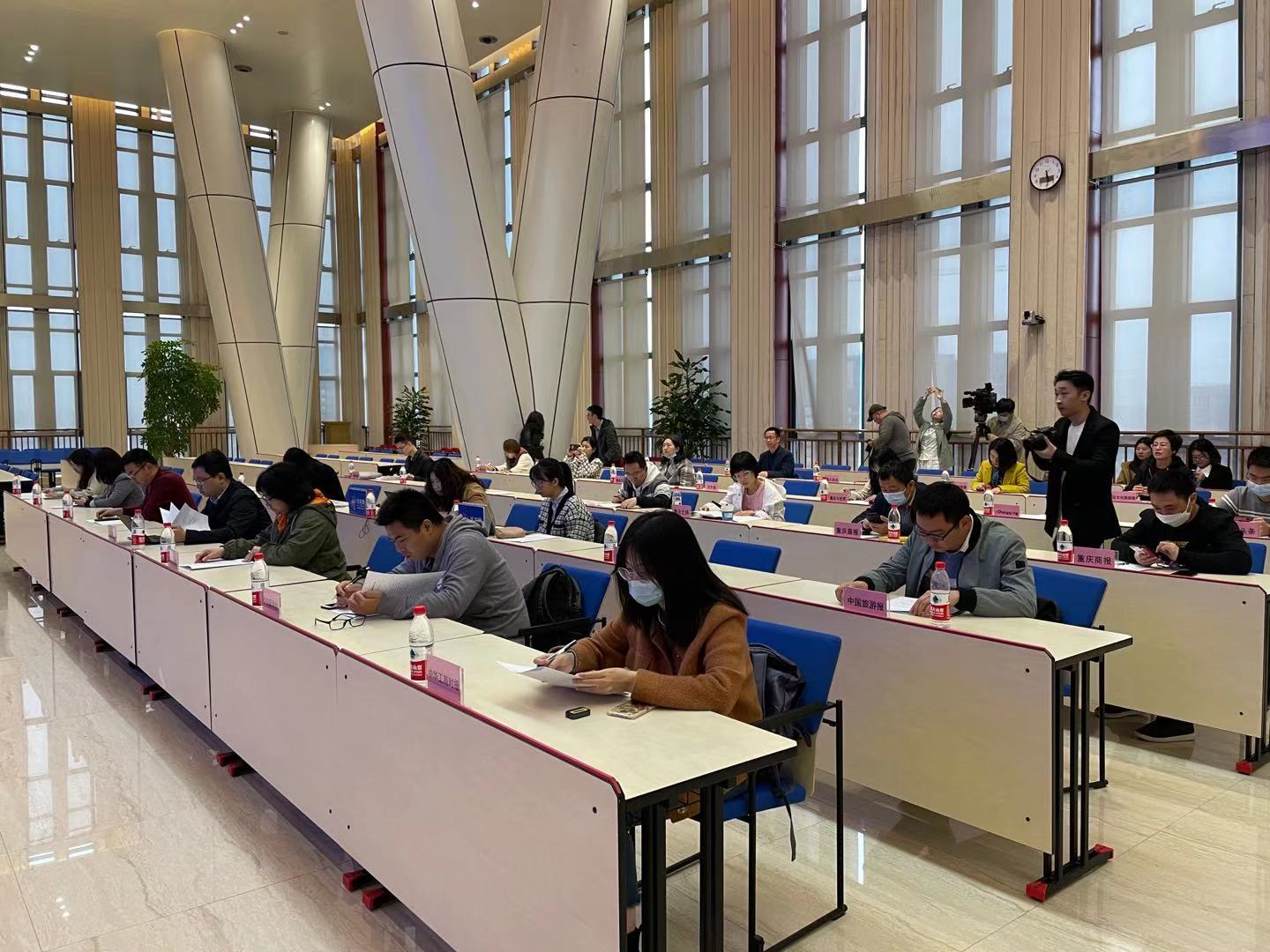 Local media outlets, including iChongqing, are invited to the press conference. (iChongqing/Truman PENG)

“Since the establishment of the ‘China Farmers Harvest Festival’ in June of 2018, Liangping has successfully held for three consecutive years the series of events under the ‘Three Gorges (Liangping) Autumn Festival’ category,” said Zhang Ziyu, member of the Standing Committee of the CPC Liangping District Committee and director of the District Publicity Department, at the press conference. 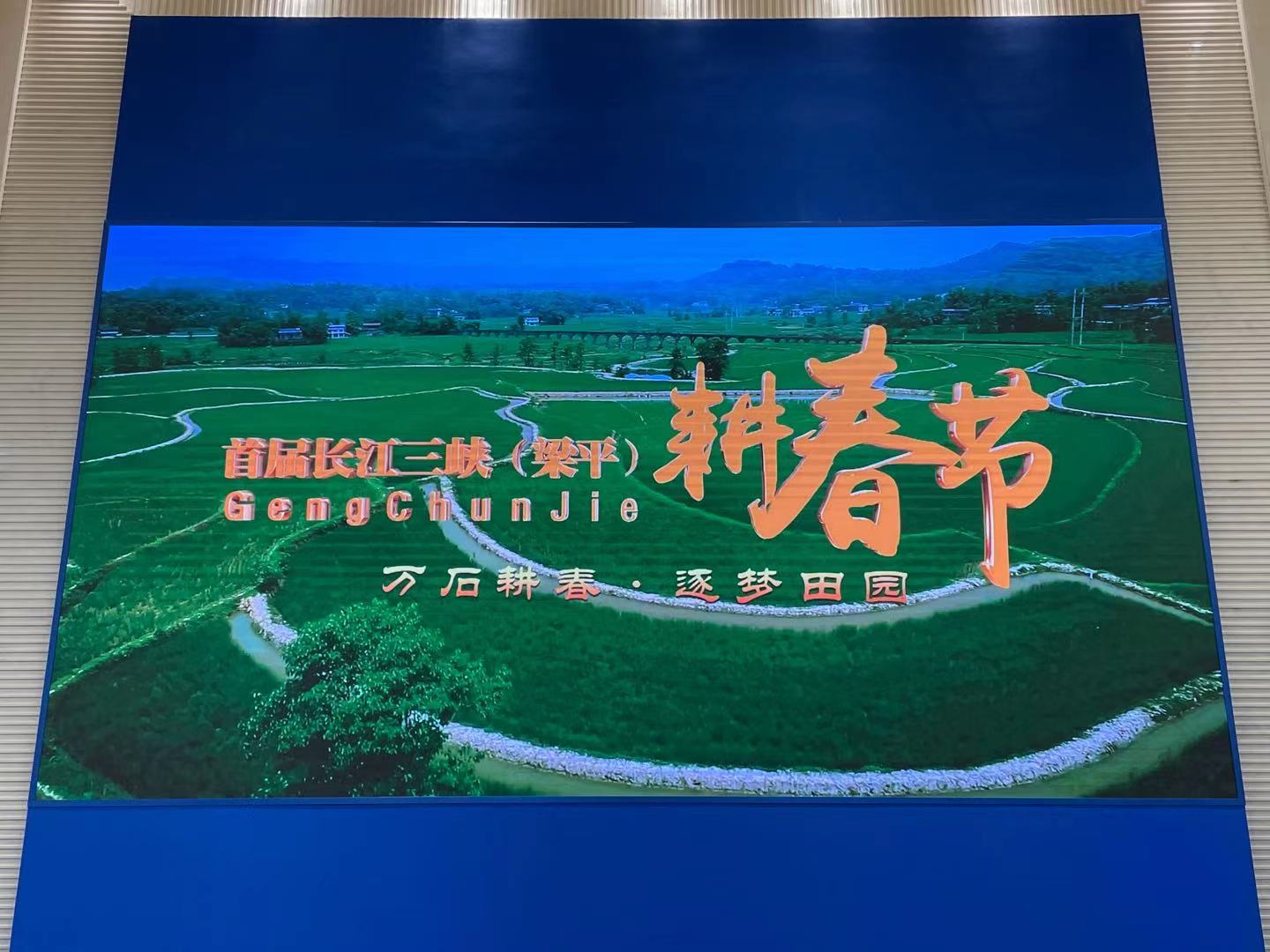 Liangping’s reputation for being the Barn of Bashu, a historical reference to the area of the now well-known Chengdu-Chongqing Economic Circle, dates back to more than 1,500 years ago. “Only residents of Liangping bares no suffering, cause the land is endowed with sunshine and rain,” Lu You, a famous poet from the Southern Song Dynasty, wrote about his admiration for people living in Liangping for their fertile agricultural land and plenty of sunshine and rain resources.

Indeed, the modern time Liangping District has also well inherited its historical advantages in agricultural output, with an annual grain production of over 352,000 tons in total, continuing the trend of great harvest in a row for 15 years.

The first Yangtze River Three Gorges (Liangping) Plowing Spring Festival comes at a time when China is moving on from its ambitious national poverty alleviation campaign, which had achieved a “complete victory” with nearly 100 million impoverished people being lifted out of extreme poverty according to national poverty alleviation authorities, and ready to embark on a new journey of the second centenary goals of the CPC.

“Therefore, it’s imperative for us to hold the plowing spring festival well and to a higher standard, shoulder on the grave responsibilities of grain safety, and exhibit strong determination to promote rural revitalization,” added Zhang Ziyu.