In October 2016, Chongqing Airport Economic Demonstration Zone was approved as one of the first two national airport economic demonstration zones, marking the start of Chongqing’s airport economy and its new development. A great strategy entails a great sense of responsibility. A new starting point means a new level of development. 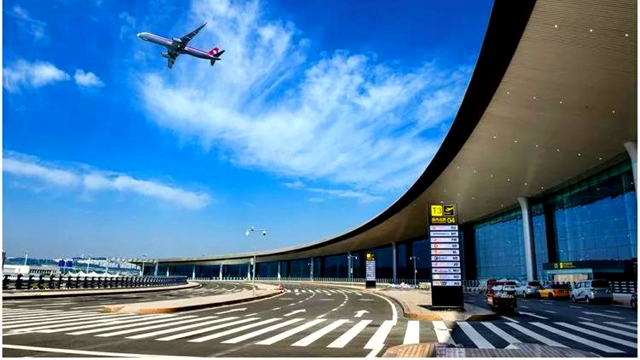 Over the past five years, with the rapid growth of various important economic indicators, the steady rise in status of Chongqing Jiangbei International Airport as an airport hub, the accelerated agglomeration of airport economic industries, the continuous improvement in infrastructure, and the continuous improvement in quality of airport city, the Demonstration Zone has ushered in a new stage of all-round development. As an embodiment of Chongqing’s economic transformation and development, the Demonstration Zone has set an example for the city’s high-quality development and high-quality life.

Further improvement in the function

For five years, with the growing prominence of Chongqing as a national center city, a model of opening-up in inland China, and a financial center in western China, Chongqing Jiangbei International Airport has been revamping itself to improve its collection and distribution capacity in passenger and cargo, and thus an international airport connecting the world and radiating China has taken shape. The construction of Terminal T3A and the third runway has been completed, and that of Terminal T3B and the fourth runway has begun. Both terminals cover an area of 737,000 square meters. The airport has opened a total of 105 international and regional routes and 376 domestic and international routes. It has seven base airlines.

Over the past five years, Chongqing Jiangbei International Airport has been ranked among the top 30 major airports in China in terms of flight punctuality and has won many awards in service quality evaluation at home and abroad. In terms of passenger transport, the airport has created local city terminals featuring “air-railway intermodal transport” and a special waiting room for the airport and railway station and city terminals in neighboring cities, making it more convenient for the public to travel. In terms of cargo transport, guarantee efficiency has reached the leading level in China. The airport is the first to issue service quality standards for airport cargo transport and has also fully computerized airport cargo information. The pick-up time for general cargo has been shortened by more than 60%, and the efficiency of customs clearance has been substantially improved.

After five years of hard work to build a three-dimensional transport centered on Chongqing Jiangbei International Airport, an efficient and convenient road-railway-air multimodal transport system connecting inside and outside China is about to take shape. The air-railway transfer will soon be realized. The construction of the East Ring Line of the Chongqing railway hub and the airport branch line is expected to be completed by the end of the year. It only takes 12 minutes for passengers to travel from Chongqing Bei (North) Railway Station to Terminal T3, without stopover. As Chongqing Liangjiang New Area Shuitu Hi-tech Town and Chongqing Airport Industrial Park are connected, the cargo collection and distribution system has been strongly supported.