China has introduced a comprehensive pilot program for expanding the opening-up of the service industry in Hainan province as well as Tianjin, Shanghai, and Chongqing municipalities to accelerate the growth of the modern service sector and create new advantages in international cooperation and competition, according to the Ministry of Commerce. 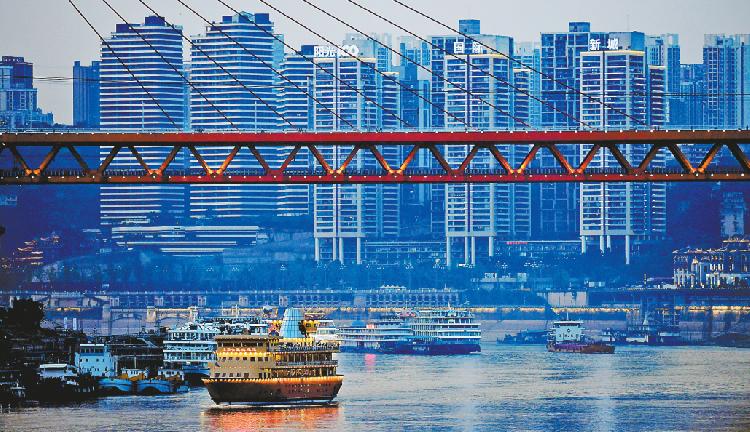 China has introduced a comprehensive pilot program for expanding the opening-up of the service industry in Chongqing, Tianjin, Shanghai, and Hainan province. (Photo/ Wang Quanchao)

The State Council, China’s cabinet, approved plans to expand the opening-up of the services sector in four places — the province and the three municipalities — as the country develops new systems for a higher-standard open economy, said Zong Changqing, director-general of the ministry’s department of foreign investment administration.

According to an approval statement released on Tuesday, the three municipalities, together with the southern island province of Hainan, can proceed with their comprehensive opening-up trials in the service sector in the next three years.

The official said the local government would be urged to serve major national strategies and carry out differentiated explorations under the premise of secured risk control to create replicable practices in the development of a modern industrial system and a higher-level open economy.

China aims to open its service sector in a well-regulated manner, launch more comprehensive trials related to its opening-up, and formulate a negative list for cross-border trade in services, he added.