Since Chongqing and Sichuan signed the strategic cooperation agreement about coordinated talent development last year, they have celebrated significant achievements. 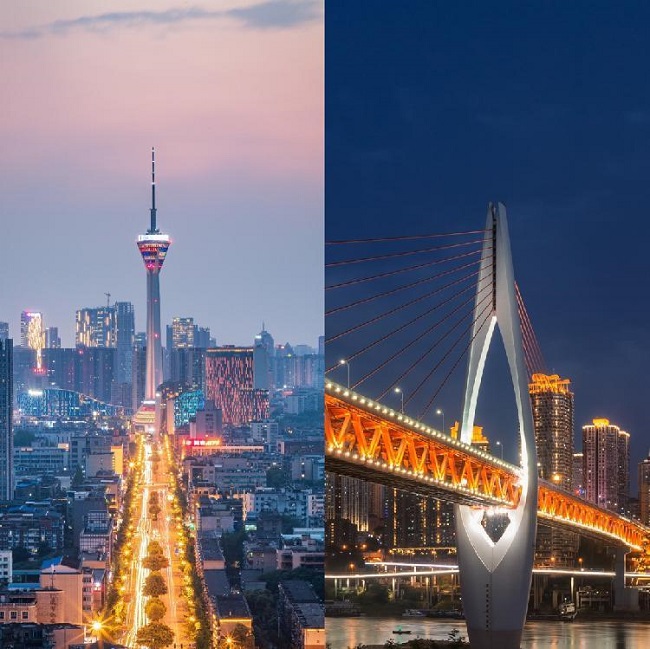 More importantly, they created and operated the five billion yuan (about 770.9 million U. S. dollars) worth of Chengdu-Chongqing Economic Circle Science and Technology Innovation Fund of Funds.

Sichuan and Chongqing now recognize certificates of senior professional titles issued by each other, simultaneously release recruitment information, allow the processing of affairs concerning files of transferred talent in either of the two places, and achieve cross-region utilization of the housing provident fund.

Meanwhile, the Ministry of Education incorporated the super transient experiment facilities into the 14th Five-Year Plan of national major scientific and technological infrastructure projects to be developed by universities and colleges.

Relevant units in Chongqing worked with the University of Electronic Science and Technology of China (UESTC) and others to apply for major national projects and successfully obtained eight approvals.

Reaching two government-school partnerships between Chongqing and SCU and Sichuan and CQU, the research institute co-founded by UESTC and Chongqing Xiyong Micro-electronics Industrial Park has enrolled their first 100 postgraduate students.

In addition, a total of 20 universities and colleges in the Chengdu-Chongqing region established an alliance, launched the co-construction of 27 Double First-Class disciplines, and assigned 55 visiting scholars in total to the other city to cultivate talented people.

The two jointly invested 20 million yuan in talent project construction to stimulate scientific and technological innovation. Specifically, they promoted cross-province utilization of scientific research funds and accepted science and technology innovation vouchers issued by the other.

Chengdu and Chongqing selected five key laboratories in the latter to be collaboratively developed, drove opening and sharing of industry-university-research institute platforms, and held the first Sichuan-Chongqing science and technology conference.