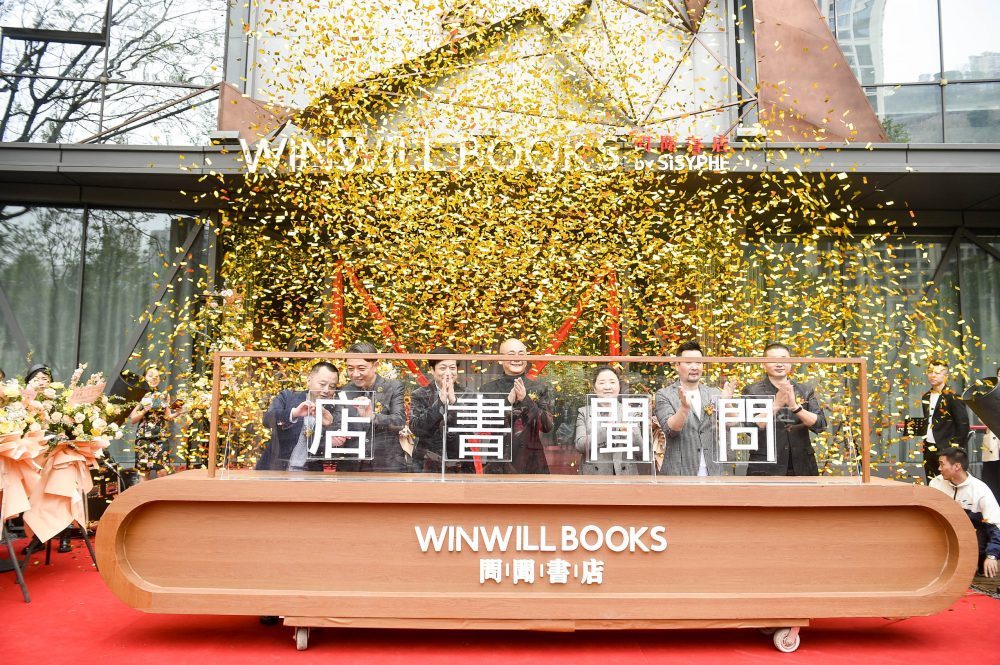 Confetti pop into the air as guests announce the official opening of Winwill Books. (iChongqing/Truman PENG)

Winwill Books doubles as the new global headquarters office of the Guizhou-born private bookstore chain giant, which currently has a total of 325 offline chain stores in more than 70 cities and municipalities of China. It’s also by far the largest branch of Sisiphe Bookstore Chain in terms of both floor area and spatial structure, with a 930-square-meter ground floor and a 1,200-square-meter second floor.

By adopting a unique design language that transcends the limitations of space and assigns special meanings to every inch of decorations inside the bookstore, the concept store is divided into nine sections with various themes, such as printing and typewriters, changing history of text carrier, the birth of a book, the legacy of civilization, ten views of the world, thousand questions about the universe, idea spectrum, the book of symbols, cyberpunk Chongqing. 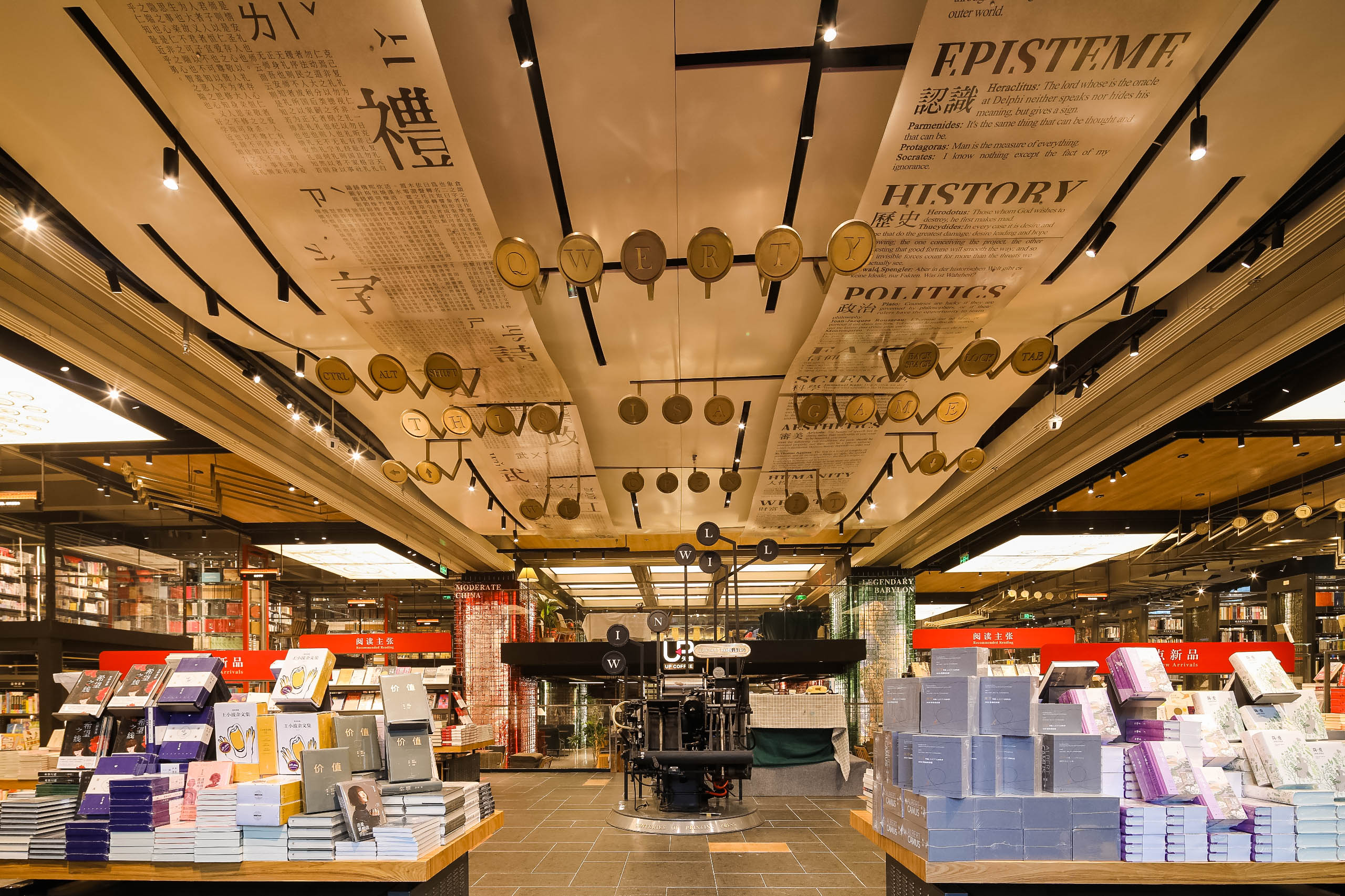 A panoramic view of the inside of Winwill Books. (iChongqing/Truman PENG)

There are some 50,000 types of books under a four-tier sorting system, including 10 first-tier categories, 157 second-tier categories, 423 third-tier categories, and 1,093 fourth-tier categories. With subjects ranging from family life, daily tips, career development, and fictionary reality to scientific rationale, historical progress, philosophic exchange, Chinese civilization, and beauty and creativity, the bookstore aims to provide bibliophiles with a quasi-library reading experience.

Unlike the other branch stores, Winwill Books withdrew from the traditional belief of separation of coffee bars and bookshelves by removing the physical boundaries to create a harmonious reading environment. The new seasonal products of Up Coffee and Booart Life will also be first launched in Winwill Books, including the limited editions of Sisyphe’s cultural and creative products.

What’s more, from April to May, famous talk show host Chen Luyu, known as “China’s Oprah,” celebrity singers and writers such as Moxi Zishi, Li Guangbo, Liu Zhenyun, and Yan Ming, as well as an anonymous guest will also take turns to make an appearance at Winwill Books. 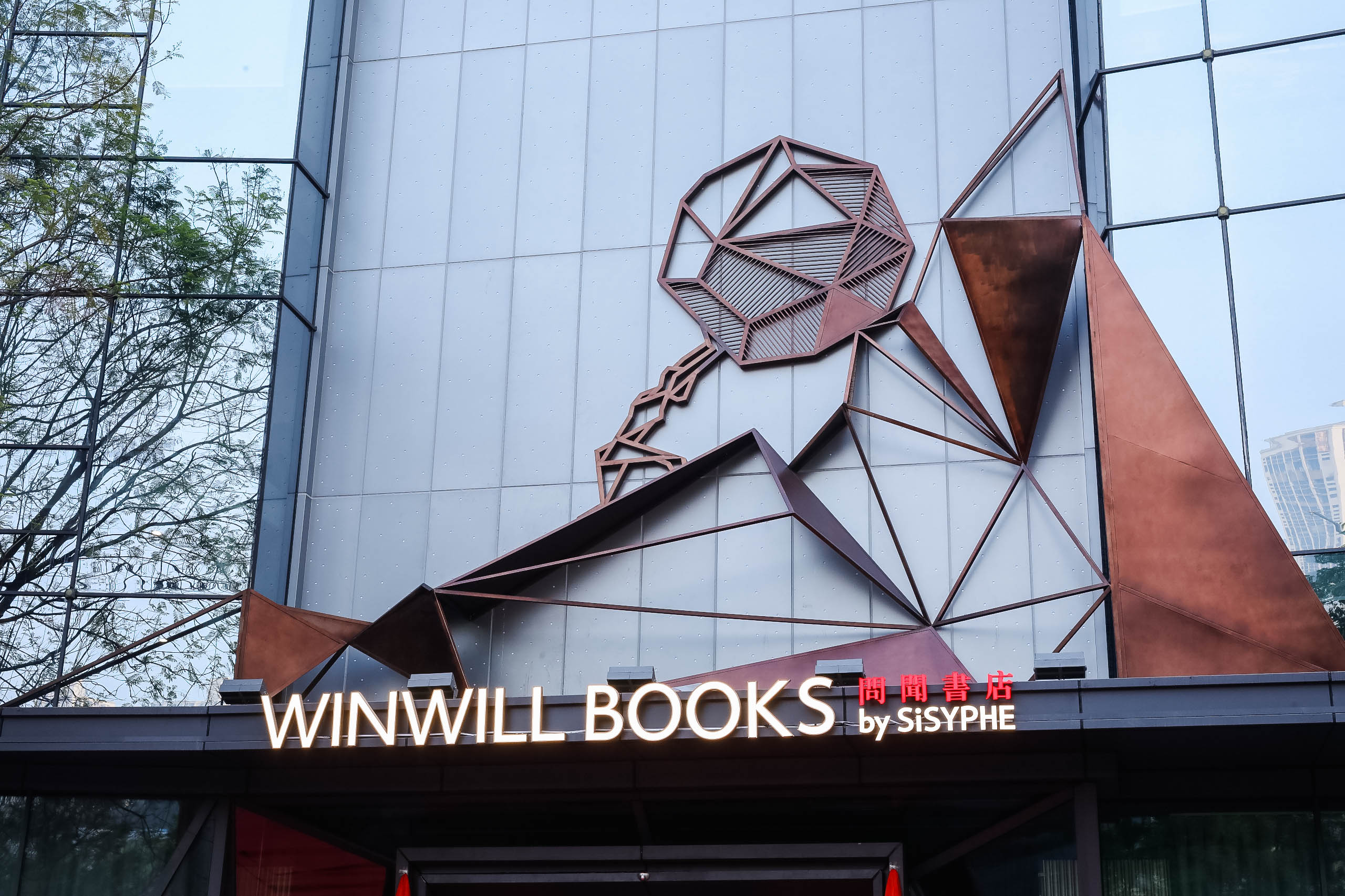 The bookstore giant took its name from the ancient Greek myth of Sisyphus, who God punished to push a giant stone uphill to the top. Thought doomed a failure, the seemingly unaccomplishable mission is widely hailed as a symbol of unyielding perseverance. Just like how Sisyphus was pushing the giant stone, the Sisyphe Bookstore Chain is also dedicated to “pushing the public into the habit of quality reading,” according to its official website.