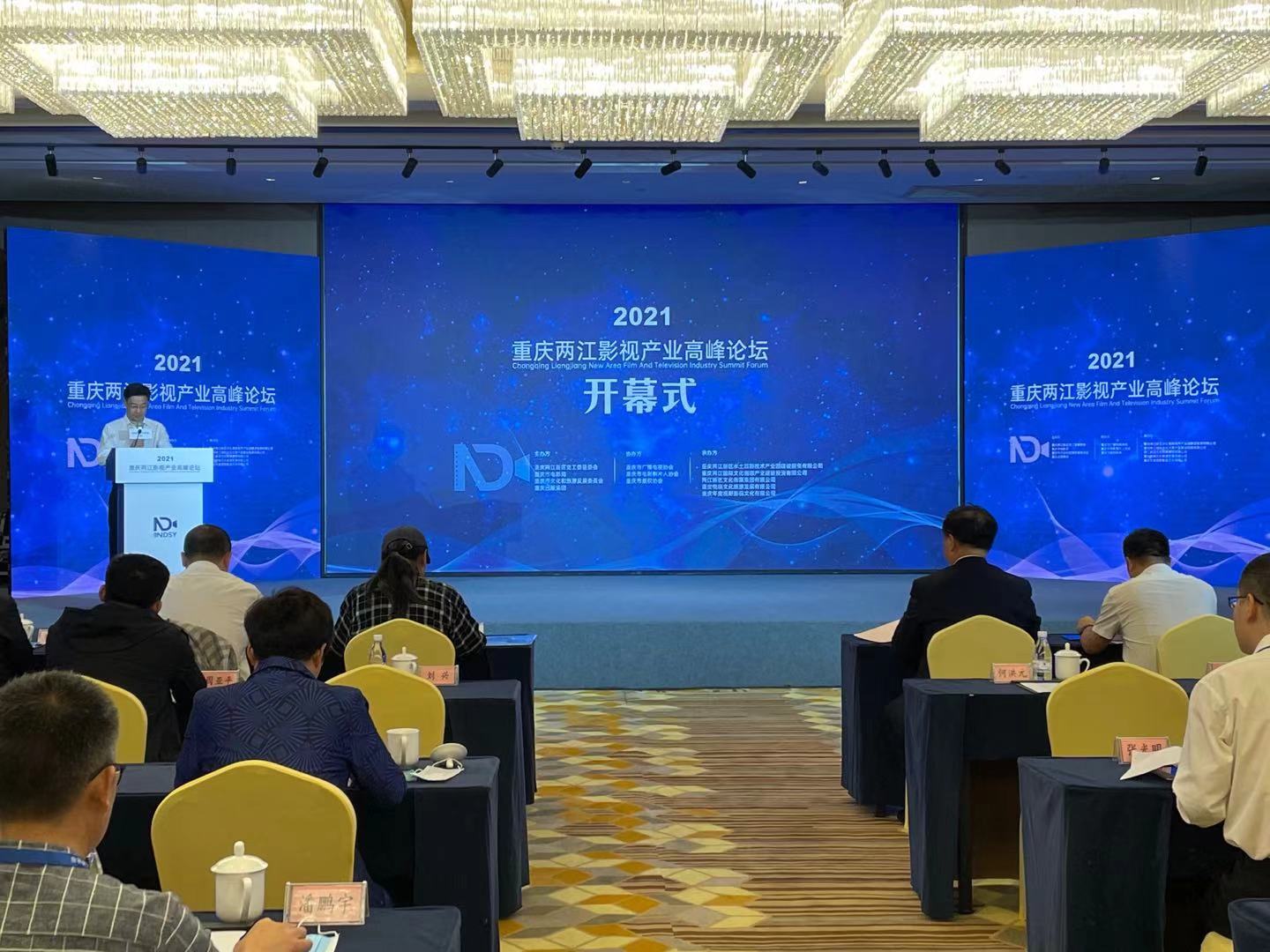 “Chongqing is a treasure land for the filming and producing various genres of movies and televisions, with unlimited potential and charm. It has become the most influential film and television filming location and popular tourist destination in the country,” said Zhang Hongbin, deputy director of the Publicity Department of the CPC Chongqing Municipal Committee and director of the Chongqing Municipal Film Bureau, in his opening speech. 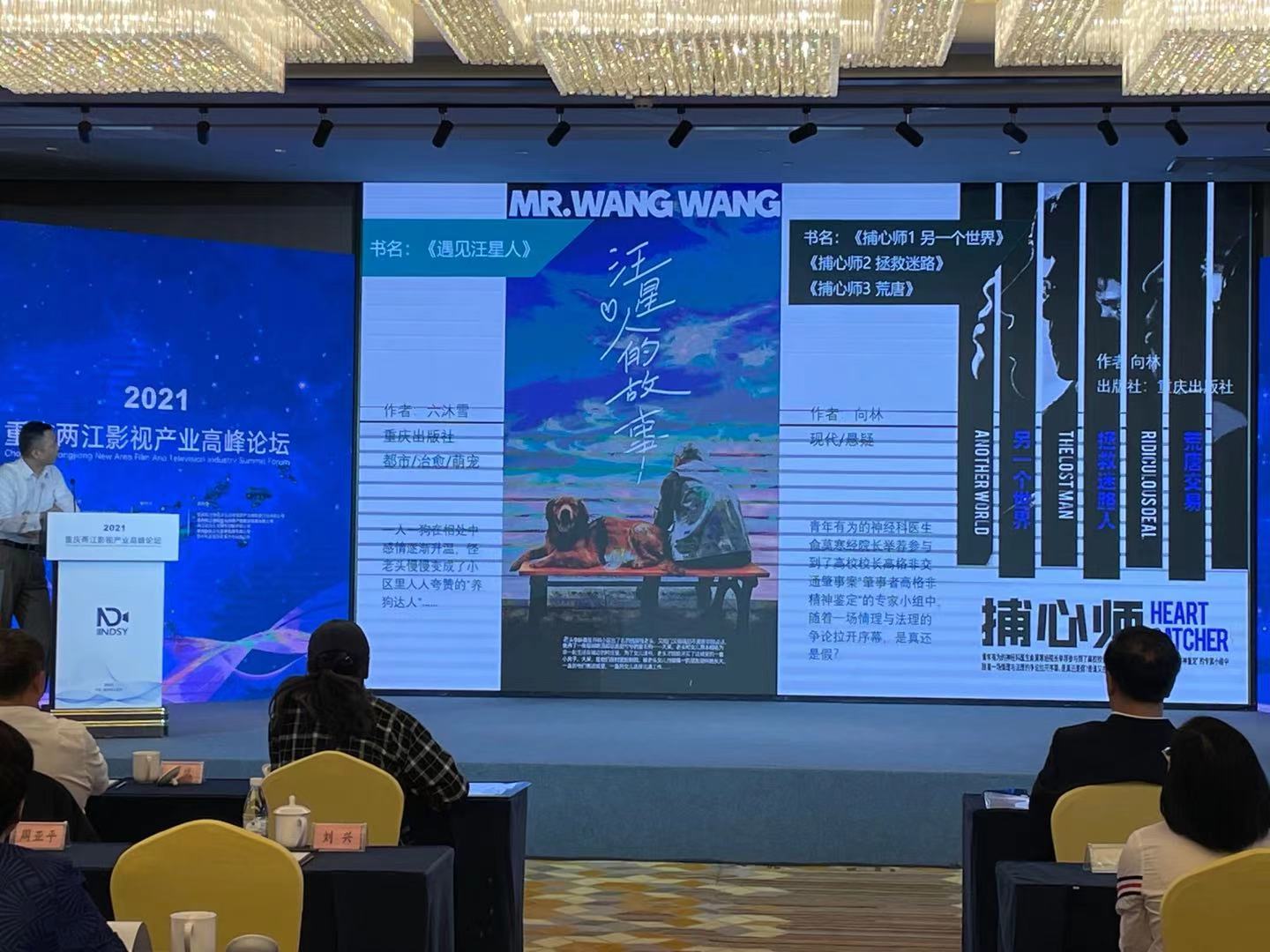 A speaker introduces the coming film and television projects that are based in Liangjiang New Area. (iChongqing/Truman PENG)

Liu Xiaonian, deputy director and deputy secretary of the Party Committee of the Chongqing Culture and Tourism Development Commission, echoed Zhang’s calling in his speech, saying that the continuous emergence of high-quality film and television products produced in Chongqing demonstrates the vigorous vitality of the integrated development of Chongqing’s film and television industry.

“Chongqing has achieved a double harvest of economic and social benefits in recent years,” Liu said.

In response to the city government’s calling to “strengthen the main business and cultivate new economic growth points,” Chongqing Publishing Group established Chongqing Yichuan Film and Television Company to carry out IP development and operation, film and television investment and production, and film and television services related to cultural tourism, said Li Bin, general manager and deputy secretary of the Party Committee of Chongqing Publishing Group and chairman of the Chongqing Copyright Association. 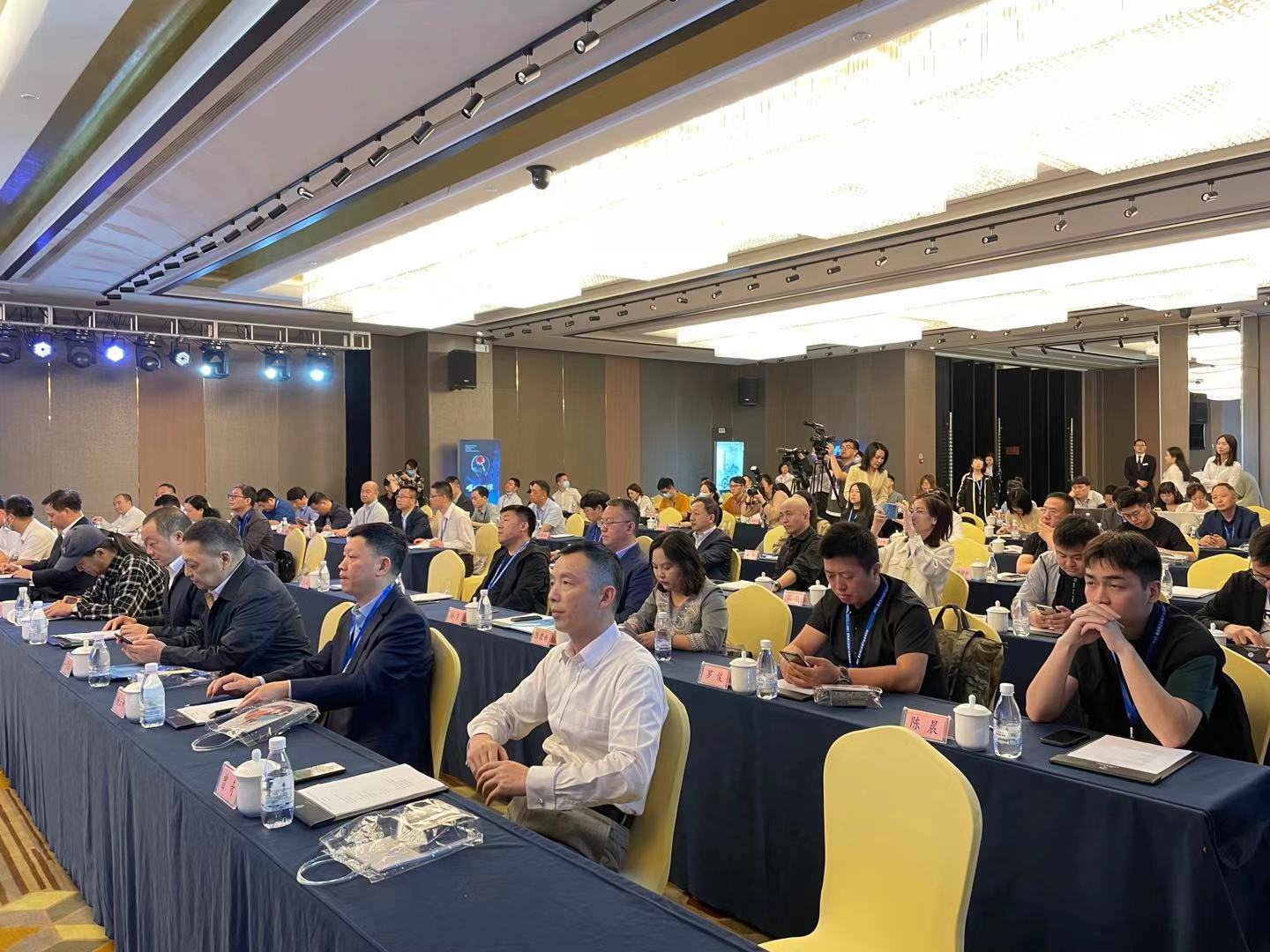 More than 100 industry leaders, experts, and scholars were invited to the forum. (iChongqing/Truman PENG)

Lin further recommended making full use of the Group’s advantages as a high-quality content producer to open up the industrial chain, connect upstream and downstream, and help develop Chongqing’s film and television industry.

Zhang Li, a member of the Party Working Committee of Liangjiang New Area, also said that the film and television industry is an important part of the cultural industry and information industry and has become a new economic growth point and an important industry driving regional development.

In recent years, Liangjiang New Area has dug deep into the cultural connotation of the city and vigorously promoted the development of cultural undertakings and cultural industries. 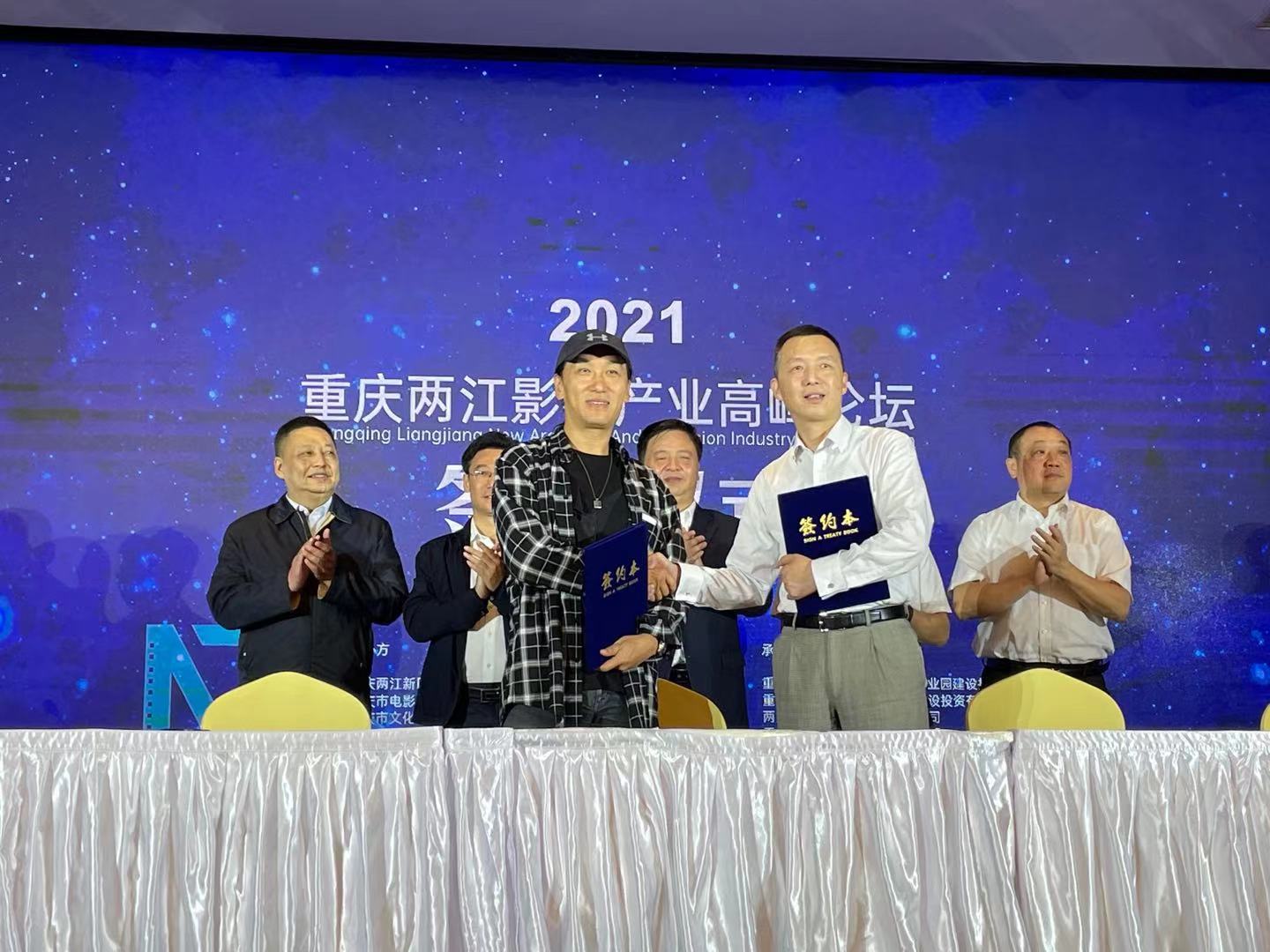 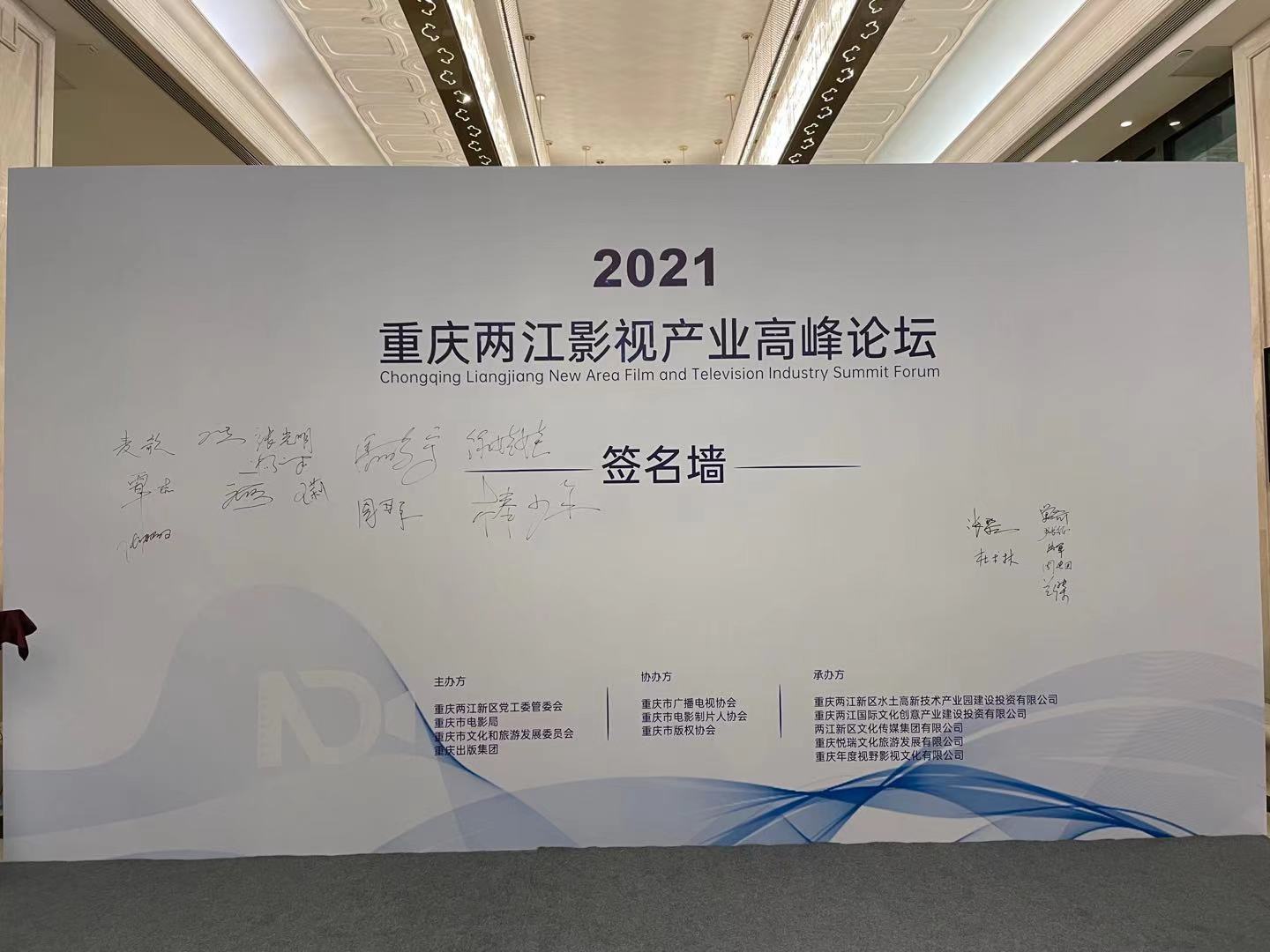 Guests sign their names on the reception billboard outside the venue. (iChongqing/Truman PENG)