Chongqing – Canadian writer and English teacher Jorah Kai who shot to fame for authoring the famous book Kai’s Diary, which documented his 60 days of rollercoaster-like life experience living in China from the beginning of the COVID-19 outbreak to the point when the virus was brought under control, recently received his first dose of Sinopharm vaccine at the First Affiliated Hospital of Chongqing Medical University.

The whole process of him being vaccinated was live-streamed by State-run Xinhua News Agency a couple of days ago on Facebook and YouTube, as an effort to show the country’s foreign population the safety and efficacy of China-developed vaccines, teach them on the various means to make online appointments to get vaccinated and encourage more people to follow suit so as to achieve herd immunity as quickly as possible.

Jorah Kai received iChongqing’s request for an exclusive interview in the vaccination clinic’s observation room right after he was inoculated, and talked profusely on a range of subjects, including China’s epidemic control and prevention measures, the safety of the various Chinese vaccines, India’s recent new wave of COVID-19 outbreak, its implications to the neighboring countries, as well as the next-step plans for himself, future books, and his book, Kai’s Diary. 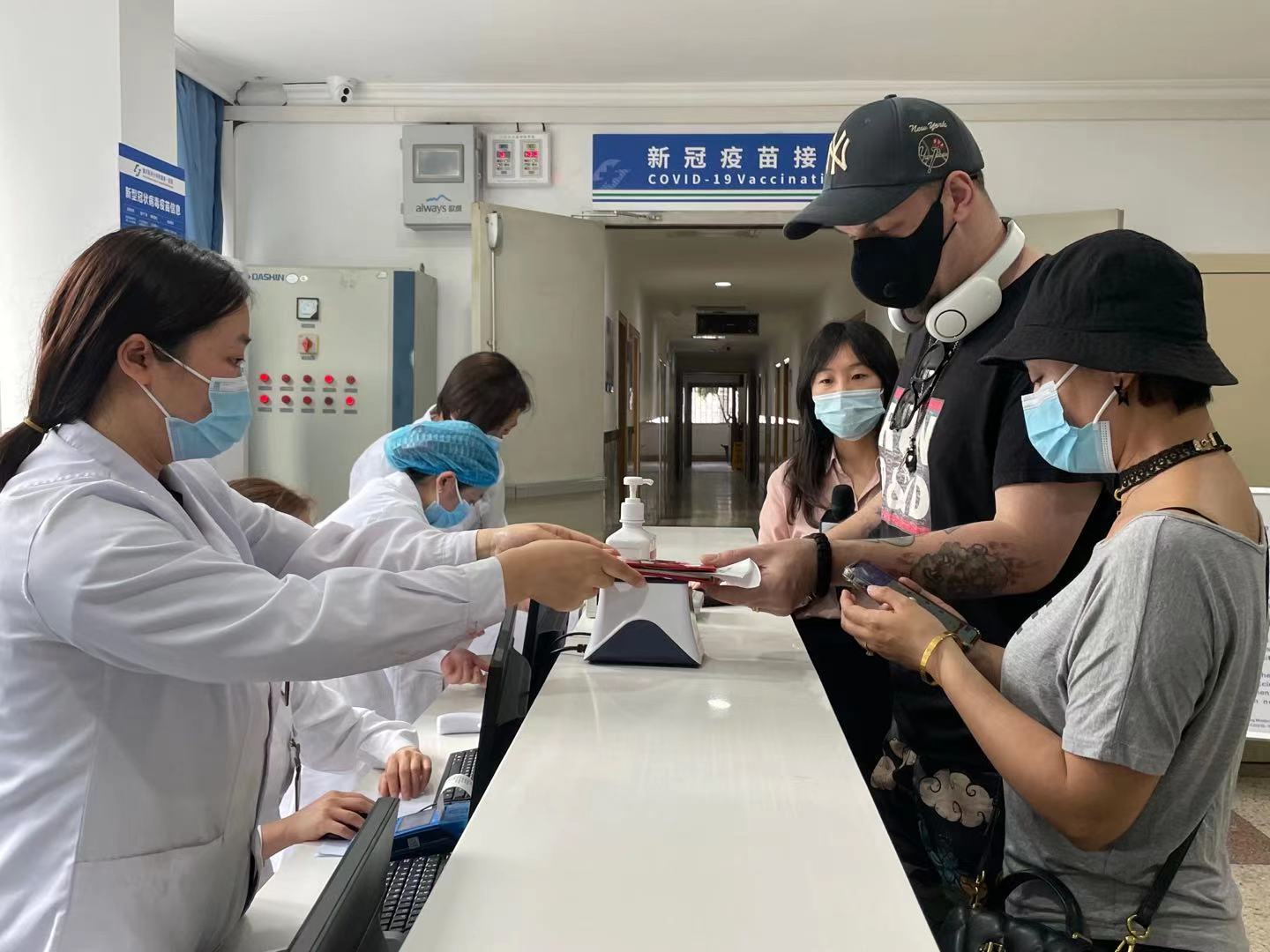 Kai goes through the registration process at a hospital reception desk before getting inoculated. (iChongqing/Truman PENG)

“China is so safe right now that people here tend to buy into the widespread misperception that there’s no urgent need for them to get vaccinated,” said Kai. “Until now, we relied on these non-pharmaceutical interventions (NPIs) like quarantine and wearing a mask, which is all very good, but I feel like it’s a good idea for enough people to get fully vaccinated, making the population attain immunity to the virus.”

Commenting on the recently released statistics showing that the number of people traveling during the May Day holiday has bounced back to pre-pandemic levels in 2019, which evidenced China’s full recovery from the pandemic. Kai said that China’s epidemic control and prevention measures have proven to be most effective. “I don’t think there’re many other countries in the world that could boast a success rate like China’s, especially with the amount of Covid-19 cases we had in Wuhan last January and the tremendous effort to defeat that outbreak and mop up the sporadic flares that happen around the country.”

Kai recalled on he and his wife’s recent experience flying to the famous summer resort of Sanya for a break, which they had both been longing for after continuously working for a year and a half, and was surprised to find out that the passengers on the airplane all took off their masks to eat the food prepared by the airline. For a moment there, Kai said he was confused about whether also to take off his mask, but he did it anyway because “China has really bounced back, and it’s remarkable, I think it’s like the world’s largest Covid-free bubble, probably followed by Israel and New Zealand.” 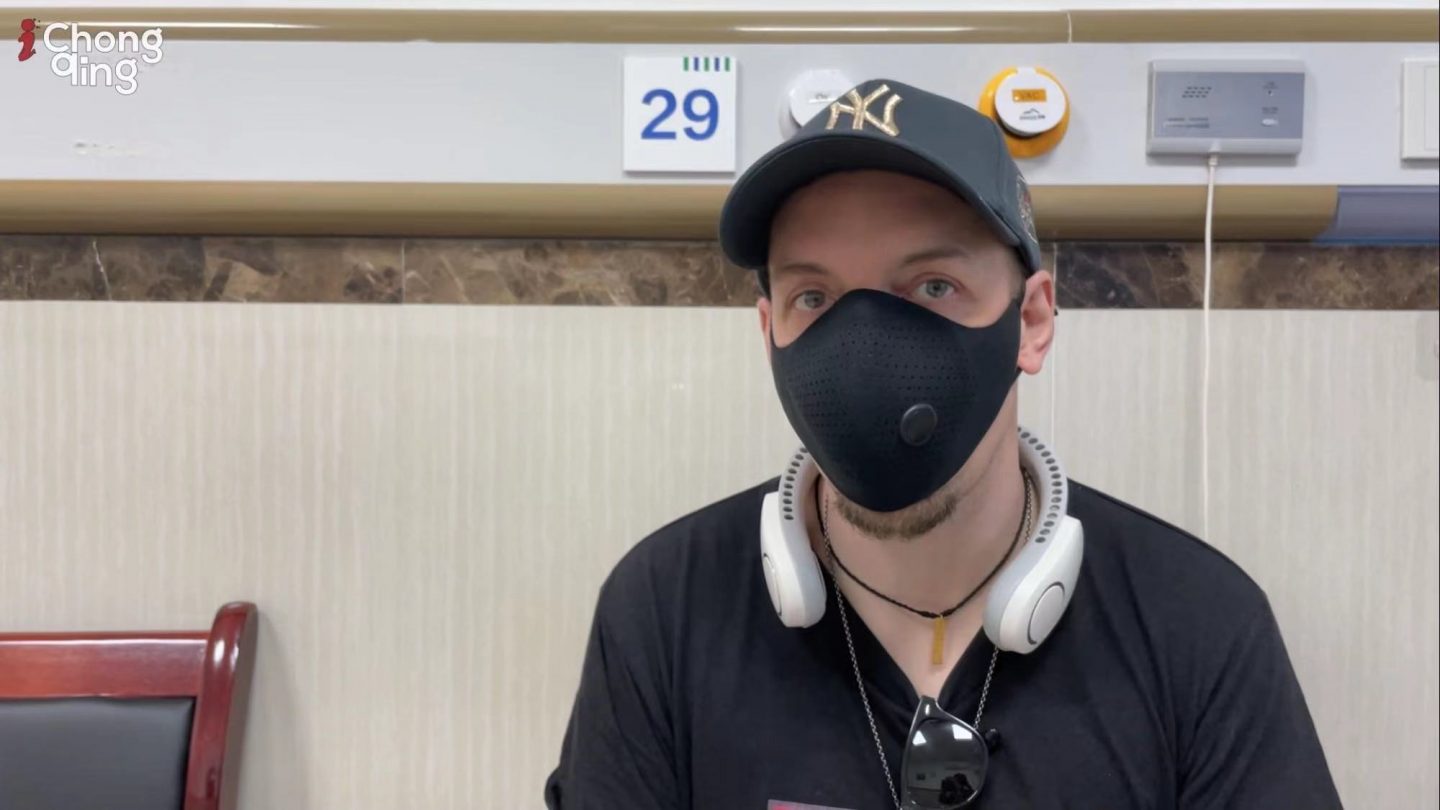 Kai looks into the camera during the exclusive interview with iChongqing. (iChongqing/Truman PENG)

He also suggested that the bordering countries of India, which is currently undergoing a second wave of COVID-19 outbreak at an alarmingly rapid spreading speed, should keep a vigilant eye on the situation and carefully watch over the physical land borders. “I think India’s recent new wave of an outbreak is really serious, I’ve been following the stories quite closely, and the situation that I’m witnessing is just heart-breaking,” he added.

Kai also revealed that the international version of his COVID-19 documentary book Kai’s Diary is being released in Canada by the end of May, a bit later than expected due to the seriousness of the pandemic there. “It’s exciting for me to have my first book published in multiple languages, and working with the translators to contribute to the field of public health has been a very rewarding experience,” he said.

“In a sense, it’s been an honor, and it’s been very humbling to do something that was more than just to tell my story because our small story was in a microcosm of Chongqing’s fight against the virus, showing to the world what China did to defeat the Covid-19 pandemic.” 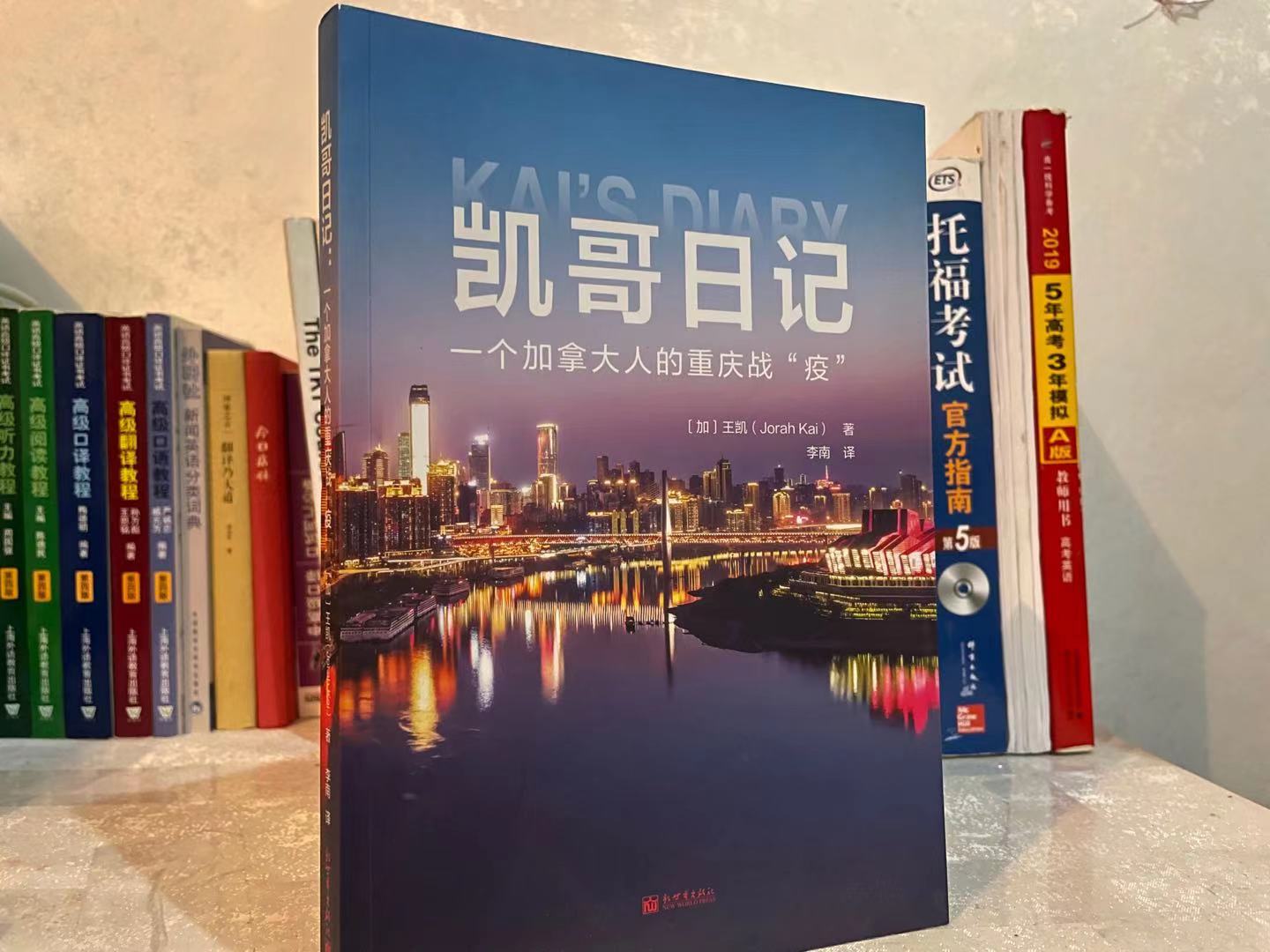 A copy of the Chinese version of Kai’s Diary I got from the book launch event. (iChongqing/Truman PENG)

When asked about the next step for Kai’s Diary, he said that he’s been branching out and exploring the possibility of weaving together the “post-covid” life in China and the ongoing outbreaks happening in Canada, America, Europe, Australia, South Africa, Uganda, and many other countries around the world.

“I think China is often misunderstood in the Western context, so I try to be a bit of bridge and educator,” Kai said. “I’ve also been working on some non-fiction, philosophic works about the pandemic and geopolitical relations, and some fictional stories about a young Chinese boy becoming kind of like a wizard, Amos the Amazing, which I intend to make a movie about one day.”