Chongqing- The China Wuling Cultural Tourism Summit opened at Fairy Mountain in Wulong District, Chongqing, on May 26th, 2021. Representatives from local government, tourist industry, and guests, including diplomatic staff, met to discuss enhanced cooperation between Chongqing and the provinces of Hubei, Hunan, and Guizhou, where the Wuling Mountains span across 81 districts and counties.

While participants discussed the infrastructure needs, tourist services, unified online promotion, the sharing of tourism resources, and integration into tourism corridors such as the Yangtze River Three Gorges, individual districts and counties had the opportunity to showcase their local attractions and specialties.

As Wulong District is host to the Wuling Cultural Tourism Summit this year, here are three top scenic areas that play an important role in attracting tens of millions of visitors annually. 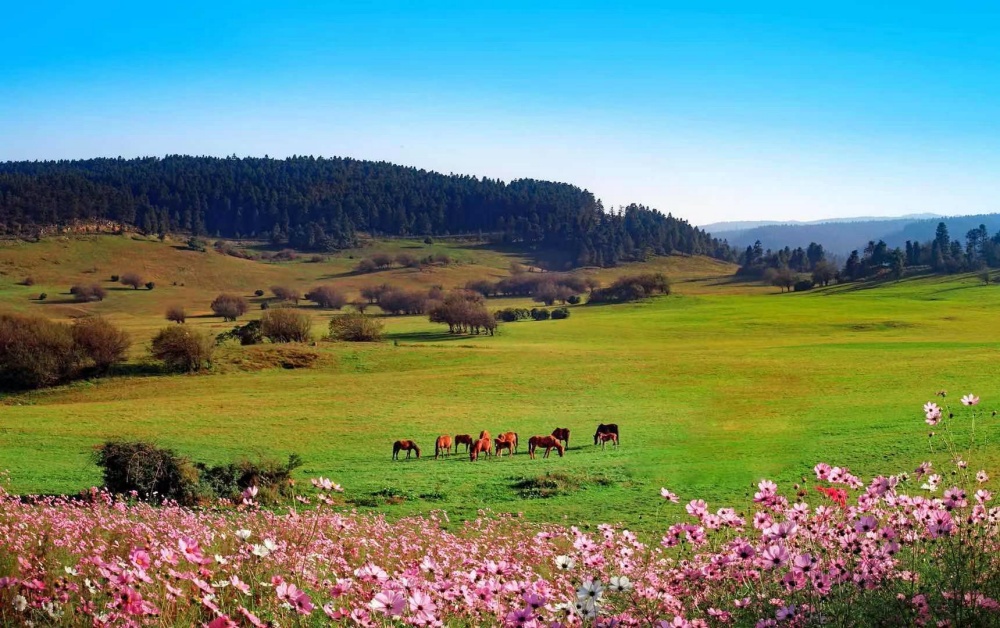 The beautiful grasslands of Fairy Mountain are a top summer attraction and are popular in winter as a snowy wonderland.

Fairy Mountain National Forest Park is a 5A rated scenic spot covering an area of 100 square kilometers at an altitude of 1650-2033 meters, with annual average temperatures of 11.2 ℃.

People affectionately refer to Fairy Mountain as the Southern Pastures, Oriental Switzerland, and the Earthly Garden of Eden. This scenic spot has magnificent scenery, including pine forests, grasslands, and snow plains. 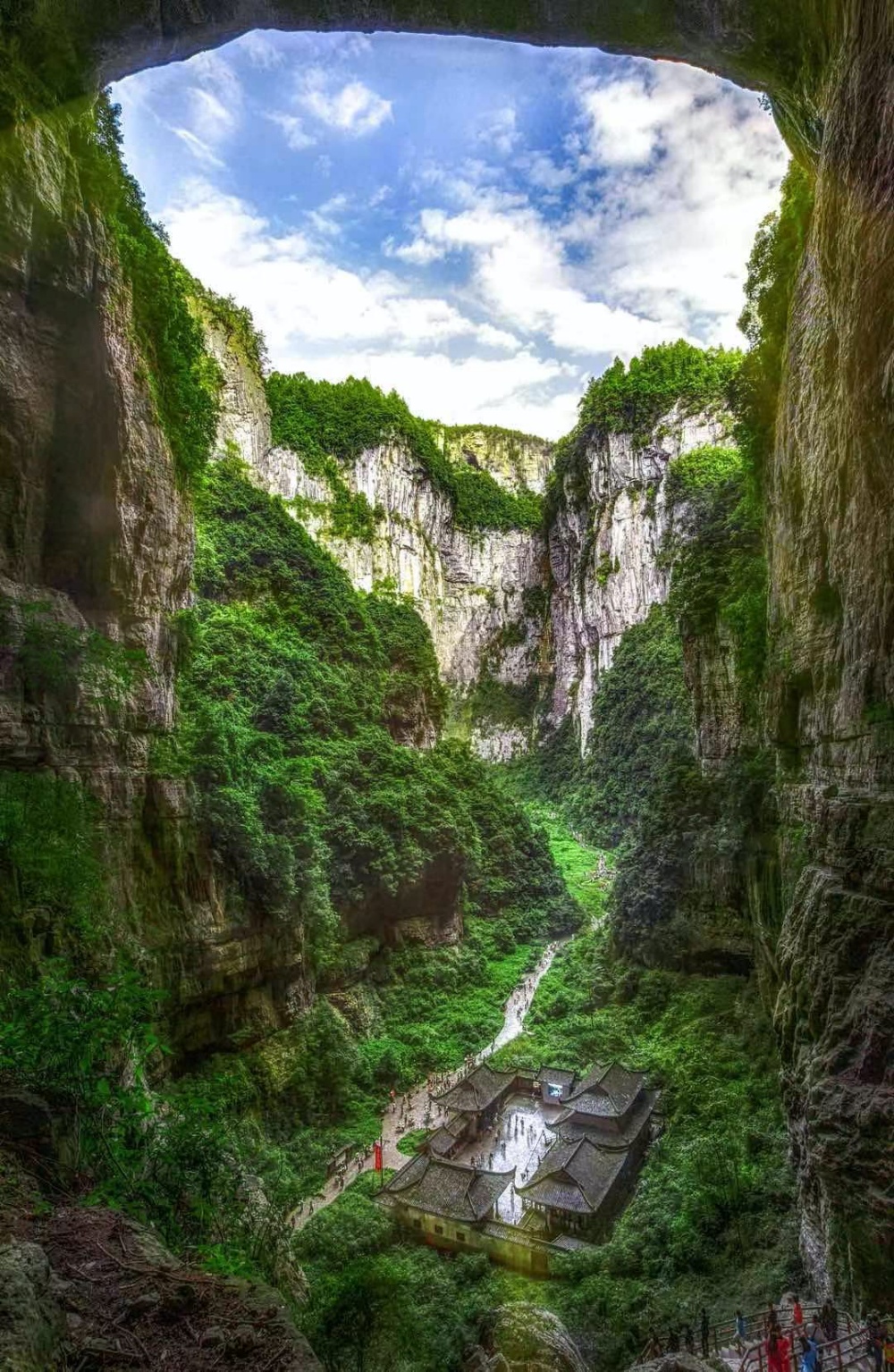 The Three Natural Bridges are a geological wonder that has featured in various blockbuster movies.

The Three Natural Bridges are a 5A rated world natural heritage site, scenic spot, and national geological park. The scenic area features typical karst landscapes praised as a wonder of the world by geological experts.

The average height of the stone bridges exceeds 300 meters with a span of over 503 meters. Surrounding cliff faces are hundreds of feet high with flowing water, birdsong, and flowers, where the mountains, waterfalls, and gorges constitute a perfect landscape painting.

A visit won’t fail to arouse awe of nature, which convinced the internationally famous movie director Zhang Yimou to shoot the film Curse of the Golden Flower here, while this location was also chosen for a scene from the Hollywood movie Transformers 4. 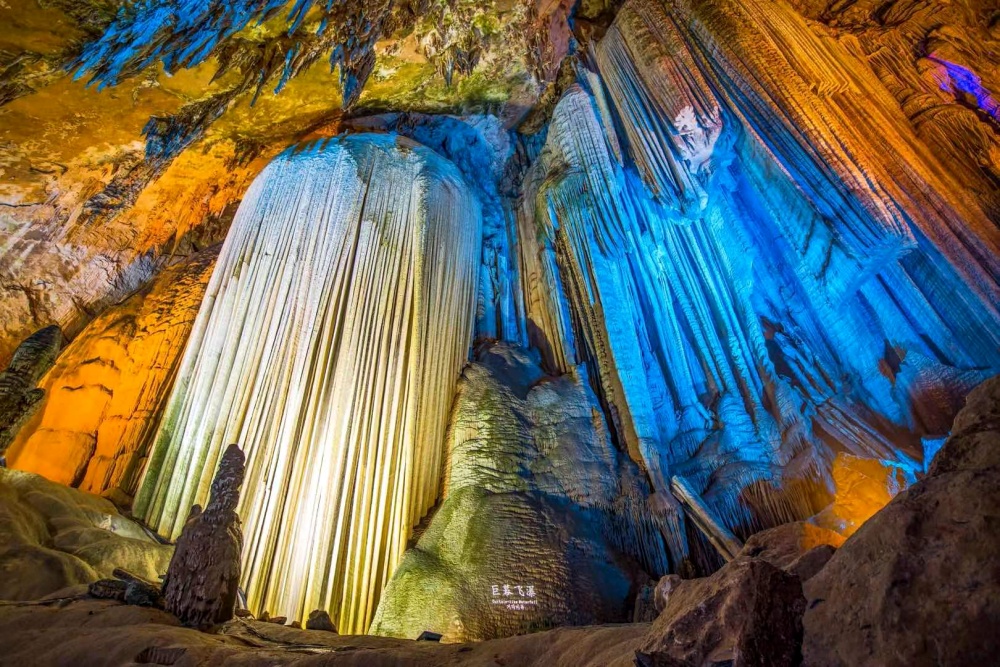 Furong Cave is a 5A rated geological wonder of Wulong District and features all kinds of sediments and stalactites.

Furong Cave is a 5A rated core scenic area of world natural heritage and national geological park and takes its place with Mammoth Cave in the US and Krams Cave in France as the three largest caves in the world.

2701 meters have been developed for tourism inside Furong Cave and are famous for the numerous shafts, rich and colorful sediments, and all kinds of stalactites.

It has been appraised as a Splendid Underground Art Palace, a Rich Cave Museum by geologists, and the Most Beautiful Cave in China by the National Geographic Magazine of China. It is the only cave listed on a world heritage list in China.