On top of the list of the auto, tour schedule is the Chang’an Global Research & Development Center, which is located in Chongqing’s Liangjiang New Area and started operation back in 2019. The Global R & R&D Center aims to be the central brain system of the Chongqing-headquartered Chang’an Automobile (Group) Co., Ltd., which is considered one of the “Big Four” Chinese automakers SAIC Motor, FAW Group, and Dongfeng Motor Corporation. 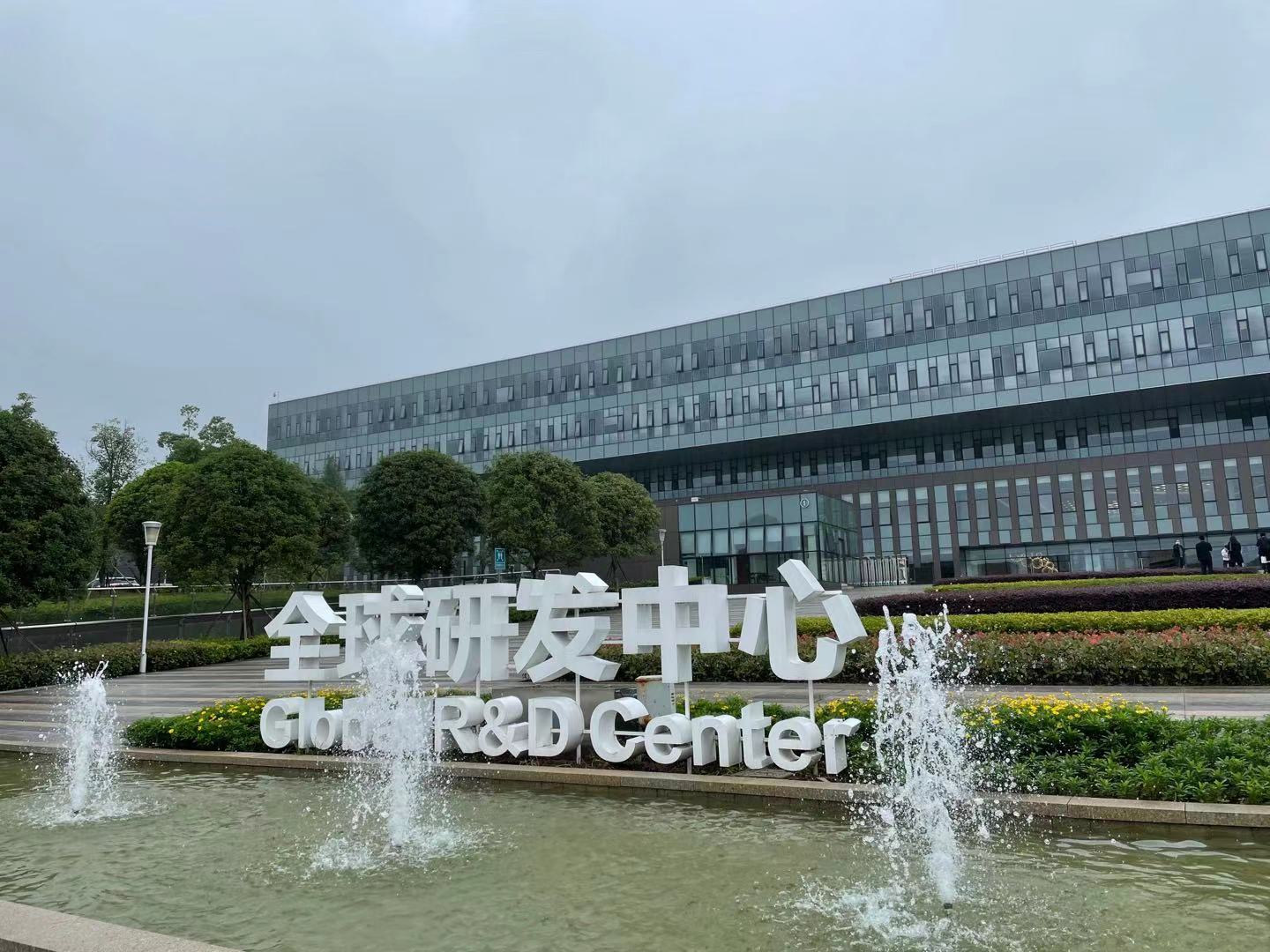 The Global R&D Center has seven major functions such as design, testing, and management, focuses on 12 areas including simulation analysis, noise vibration, passive safety, boasts more than 180 laboratories for studies ranging from hybrid powertrain and air conditioning to non-metallic materials, as well as a world-leading data center that was built using cloud technologies.

Through its years of dedication to digital transformation, green upgrading, and high-quality development, Chang’an Automobile is achieving all of the goals under its “Beidou Tianshu” project on a steady basis, with a total of 1.2 million intelligent connected vehicles currently already out on the market.

Chang’an Automobile has also focused a lot of money and energy on its core business competitiveness, such as digitalization technologies and the integrated flow of information, logistics, and capital to create a Big Data-driven operation system, which is also used in guiding the optimization of its research, production, distribution, and sales processes. As a result, Chang’an aims to lead the automotive industry with its brand new business model that features Cloud technologies, the Internet of Things (IoT), Big Data platforms, and all-terrain accessibility scenarios. 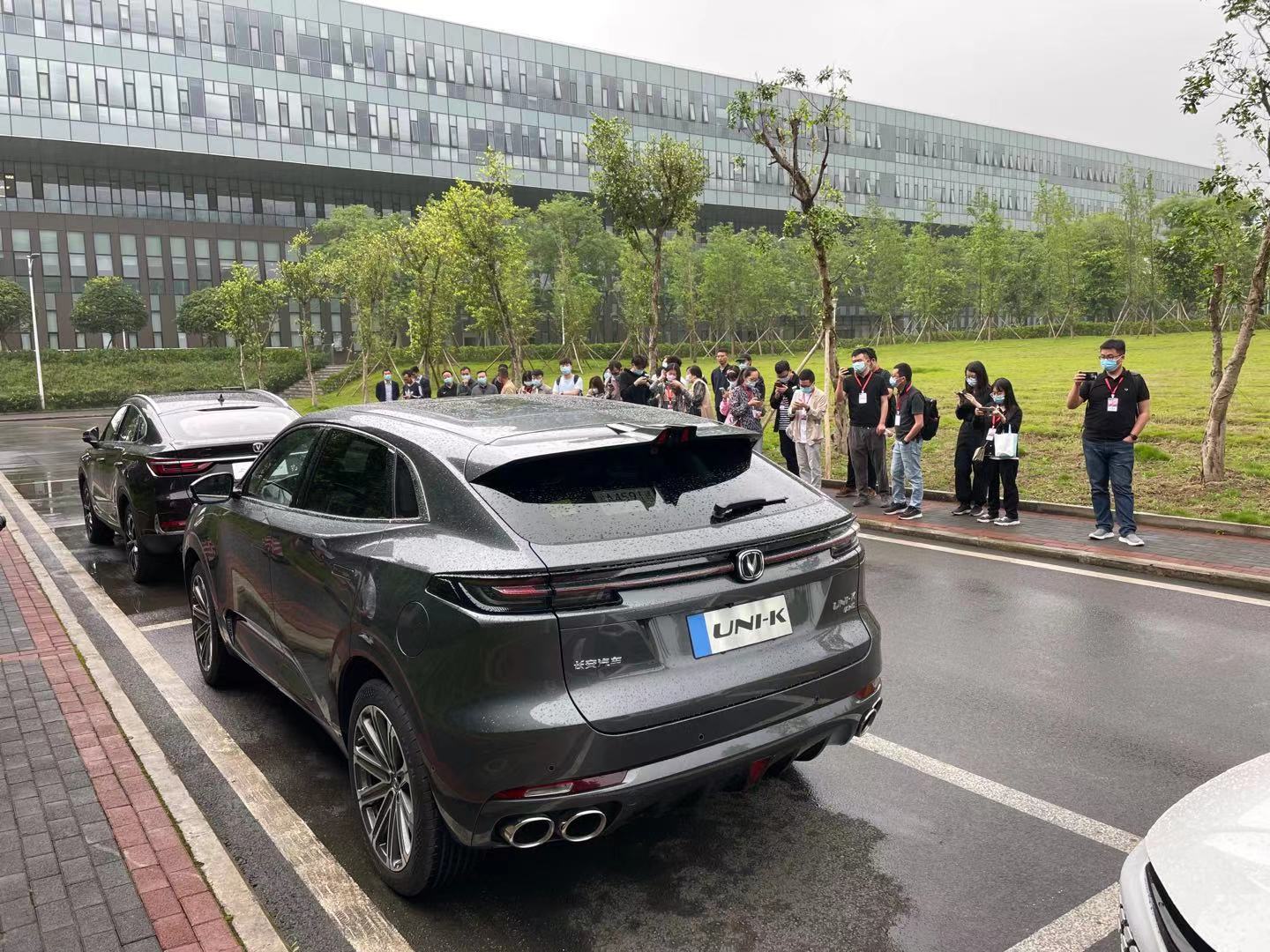 Journalists watch the autonomous parking of a UNI-K model as it was remotely controlled by a staff person of Chang’an. (iChongqing/Truman PENG)

The visiting media also witnessed on-site Chang’an Auto’s latest APA6.0 remote parking technologies used in its recently released UNI-K models. Drivers will be able to remotely control the vehicles to park at a designated site like playing a video game. Statistics collected from young drivers have shown again and again that the trend for cars to be equipped with such intelligent features as built-in GPS navigation, smart keys, autonomous parking, IAAC integrated adaptive cruise control is irreversible.

The tour event wrapped up with a seminar and a Q&A session where senior management staff in charge of Chang’an Auto’s cloud platform and relevant technological departments gave presentations on their business focuses and explorations. Chang’an Auto has been dedicated to developing intelligent vehicle applications for years. According to a person familiar with the matter, it will further invest some 150 billion yuan in optimizing its software portfolio, developing smart and low-carbon technologies, innovating new business models, and better its talent training. 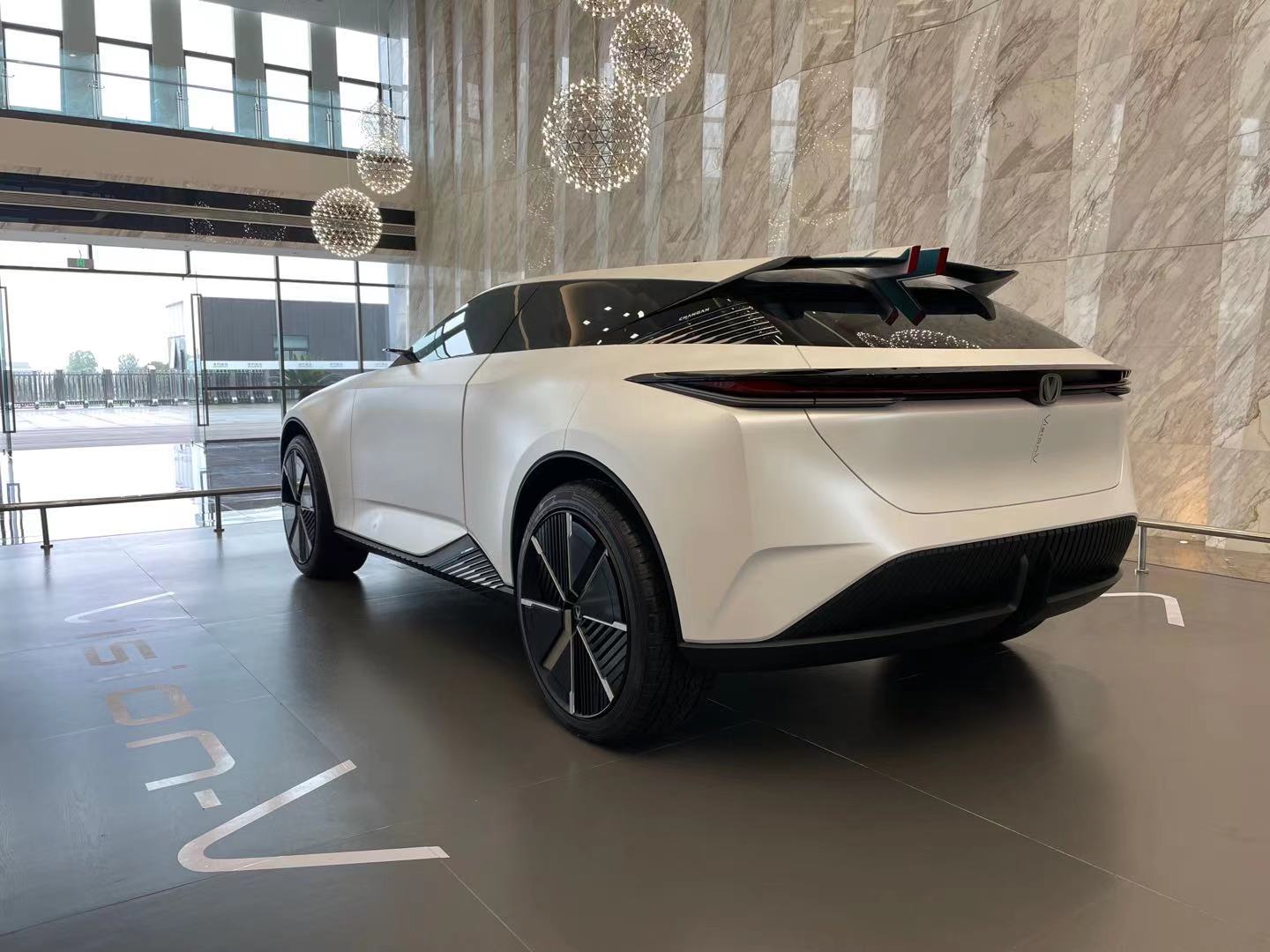 A Vision-V concept car of Chang’an is on display at the main reception hall of the R&D Center. (iChongqing/Truman PENG)