Chongqing – Seres SF5, the newly released Huawei electric SUV model that is equipped with the latest autonomous driving technologies of China’s telecommunication giant, has been making a lot of buzz on the internet recently. It was widely dubbed as “Huawei’s first NEV brand” by media coverage,  however, the real manufacturer behind is Chongqing Jinkang Seres New Energy Vehicle Co., Ltd., a rising NEV automaker under Chongqing Sokon Industry Group.

On May 27, the Jinkang Seres Liangjiang Factory located in the Yufu Industrial Development Zone of Chongqing’s Liangjiang New Area welcomed a group of journalists to visit its autonomous industry 4.0-based factory that aims to be an intelligent digital platform.

The logo of Jinkang Seres is seen outside its Liangjiang Factory. (iChongqing/Truman PENG)

Under the guidance of the staff, the media visited the five processing workshops of stamping, welding, painting, assembly, and battery pack. Very few human operations are found in the entire production process. It is understood that this factory has more than 1,000 robots operating in coordination, achieving a high degree of automation. The key processes have achieved 100% automation and 24-hour online inspection. The entire production system uses big data and artificial intelligence (AI) technologies to respond in real-time and online, enabling C2M customized mass production.

Taking the welding workshop as an example, the processes of feeding, conveying, welding, and gluing have all been automated 100%. The entire production line has a total of 319 robots, which are equipped with the latest industry-top technologies, such as laser remote flying welding, visual positioning and grasping, online inspection, and many other technologies. In particular, the robot remote laser welding technology not only makes the welding seam of the car more beautiful but also makes the welding faster and less deformable. It can also weld the positions where the working space is small and the welding tongs cannot be welded. 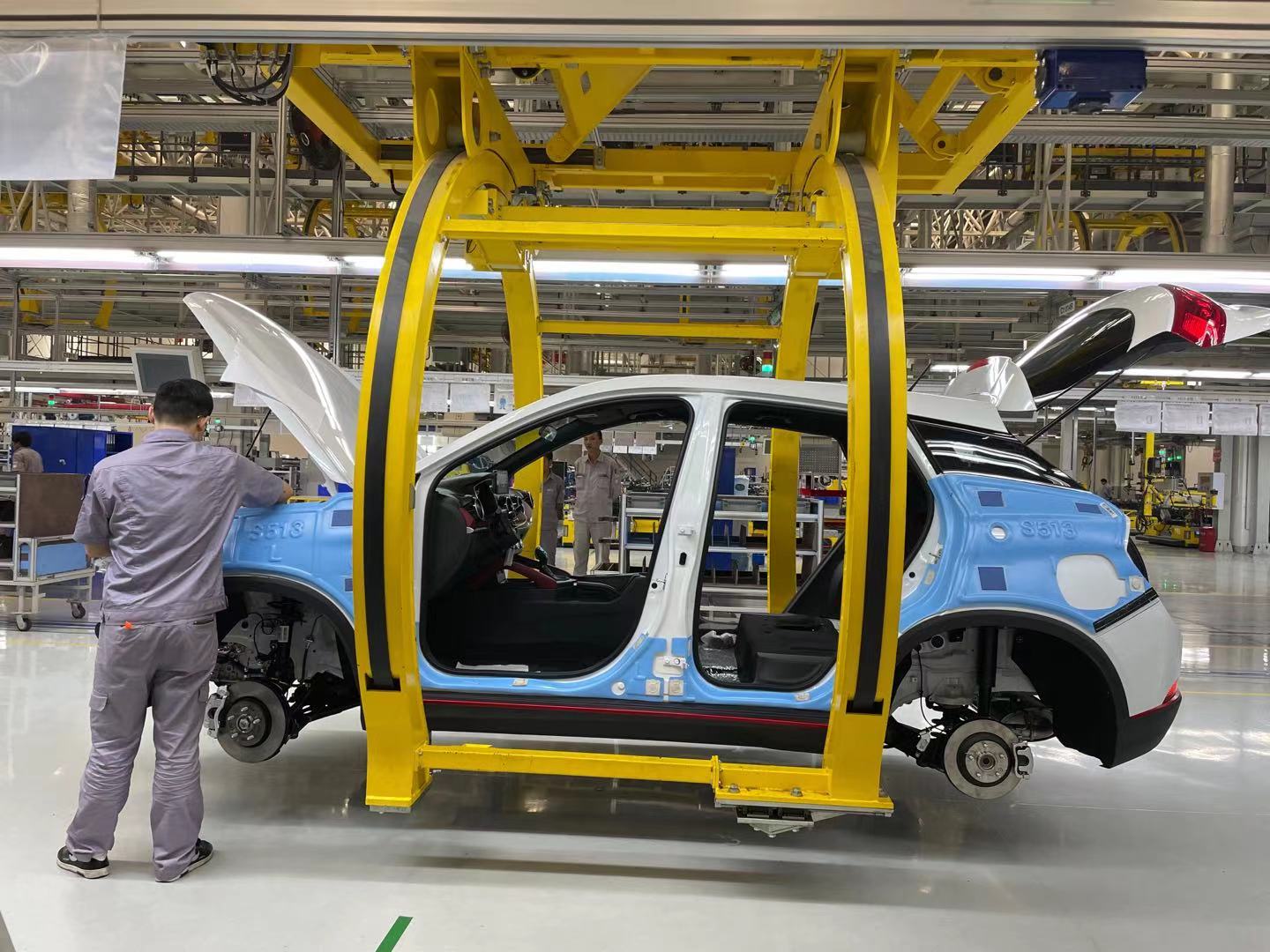 A technician works on the assembly line of cars. (iChongqing/Truman PENG)

Walking into the assembly workshop, the staff introduced that the production line here uses the conveyor line equipment provided by the German AFT company. The front and rear windshields of the car are automatically glued and installed by robots to ensure assembly quality. There is also a gap and aberration detection robot, which can determine the real-time position of a dynamic vehicle through tracking, and the robot automatically completes the related detection. 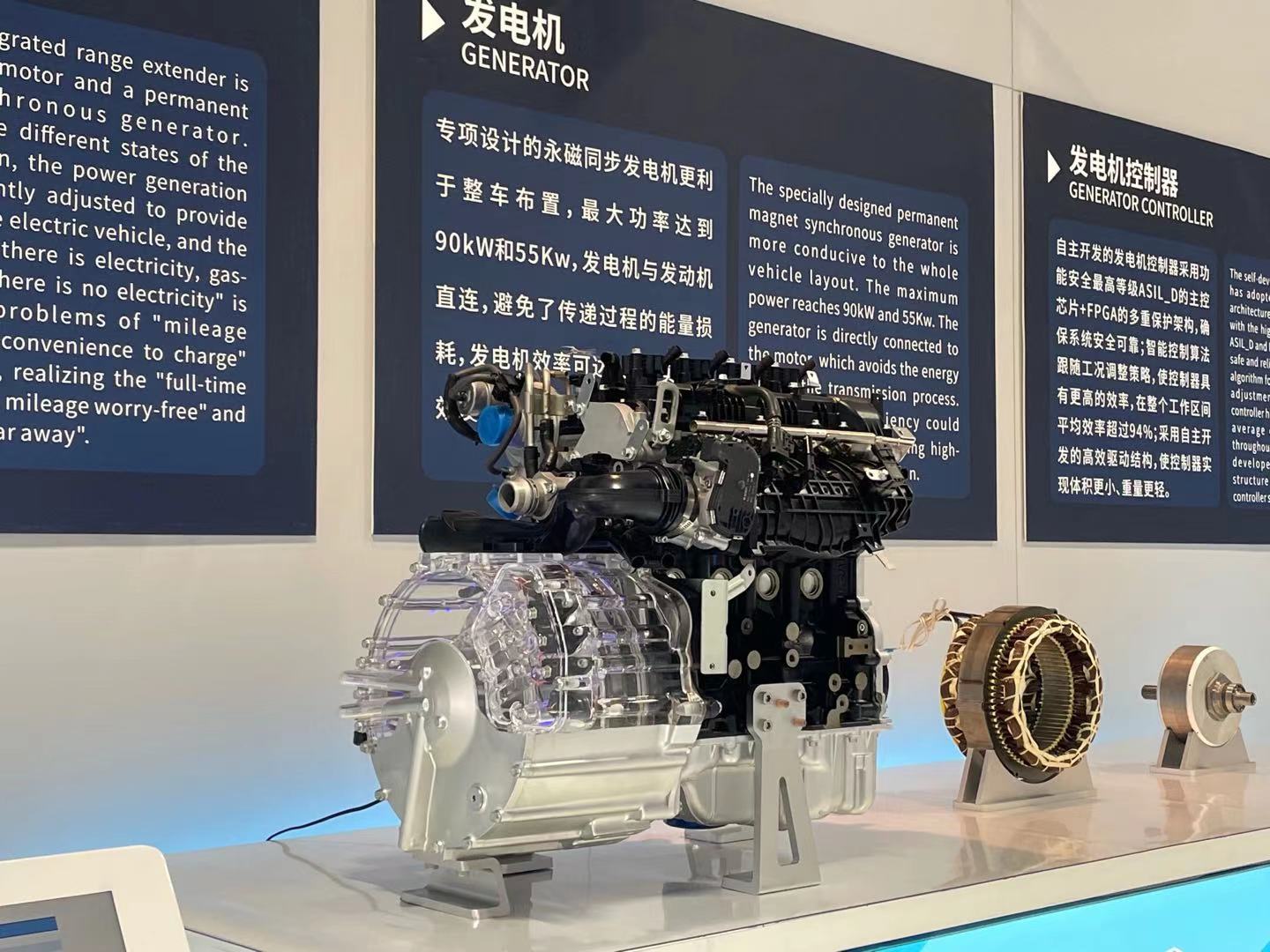 An automotive engine is on display. (iChongqing/Truman PENG)

In fact, before joining hands with Huawei, Seres SF5 already has two hardcore tags: super driving force and long battery life. The total torque of the electric motor can reach 820N·m, and the fastest acceleration time from 0km/h to 100km/h in just 4.68 seconds. Its comprehensive cruising range can also exceed 1,000 kilometers with the support of an extended power system.
The staff specially prepared a professional road test for the media to got in the car one after another and experienced the supercar-level acceleration brought by Seres SF5.

Under the new wave of four modernizations of the automobile industry, Jinkang Seres takes “promoting the transformation of automobile energy and creating smart mobile life” as its mission, pooling global technical resources, building a transnational R&D system, and participating in cross-border integration to strengthen all aspects. Jinkang Seres is well on its way to becoming a global smart electric vehicle brand. 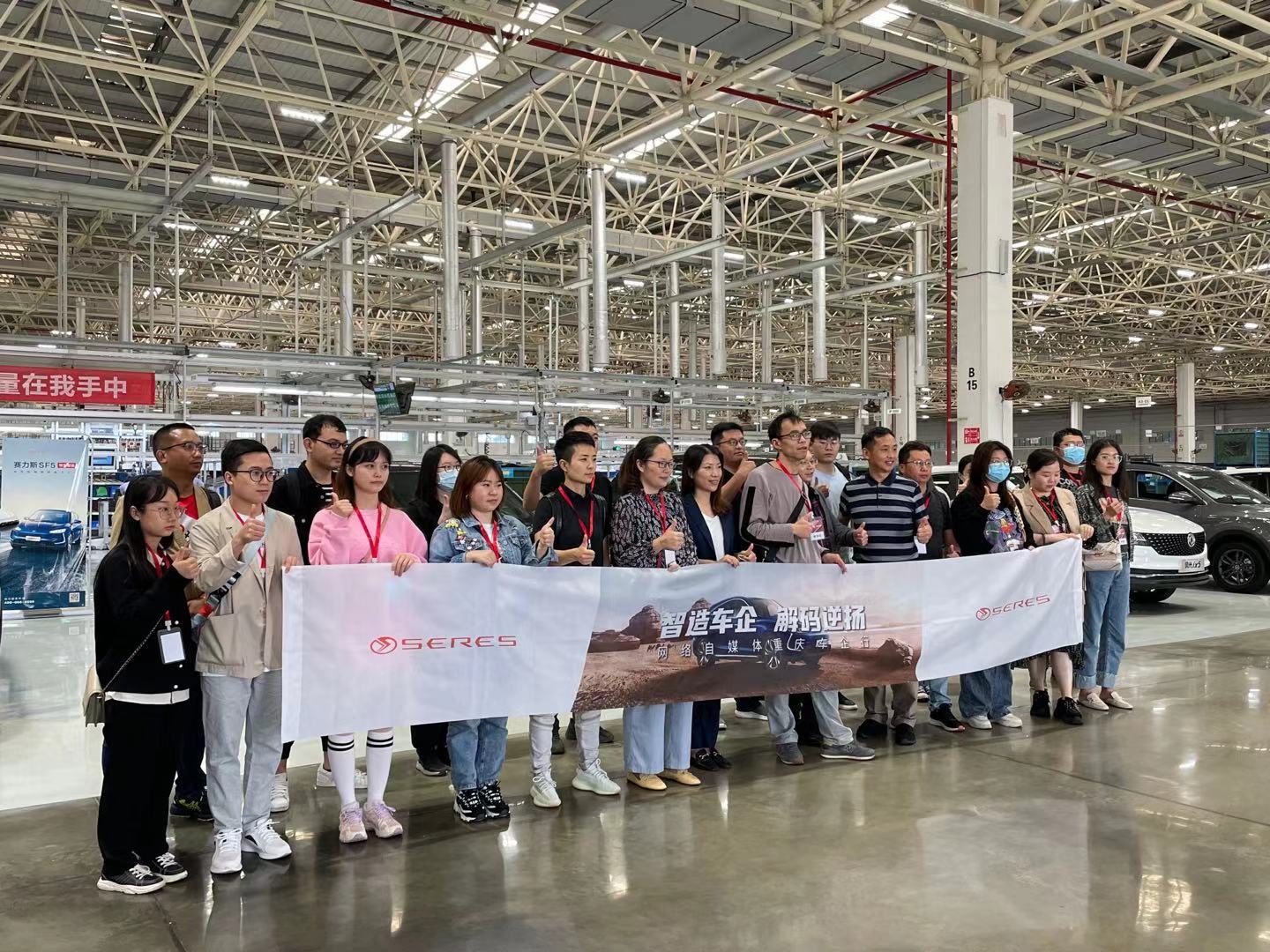