Chongqing – The quadrennial Chongqing Sports Meeting wrapped up its 6th edition in Yongchuan on Monday, with a total of 1,238 gold medals given out and 234 new city records created during the 92 days of fierce competition.

Some 12,778 athletes participated in the various programs of this year’s sports meeting, including 14 major categories for adults, 27 major categories for youth, and a total of 888 sub-categories. A total of 1,238 gold medals were given out to the winning athletes, of which 112 were from the adult group, 879 from the youth group, and 247 were incentive awards. 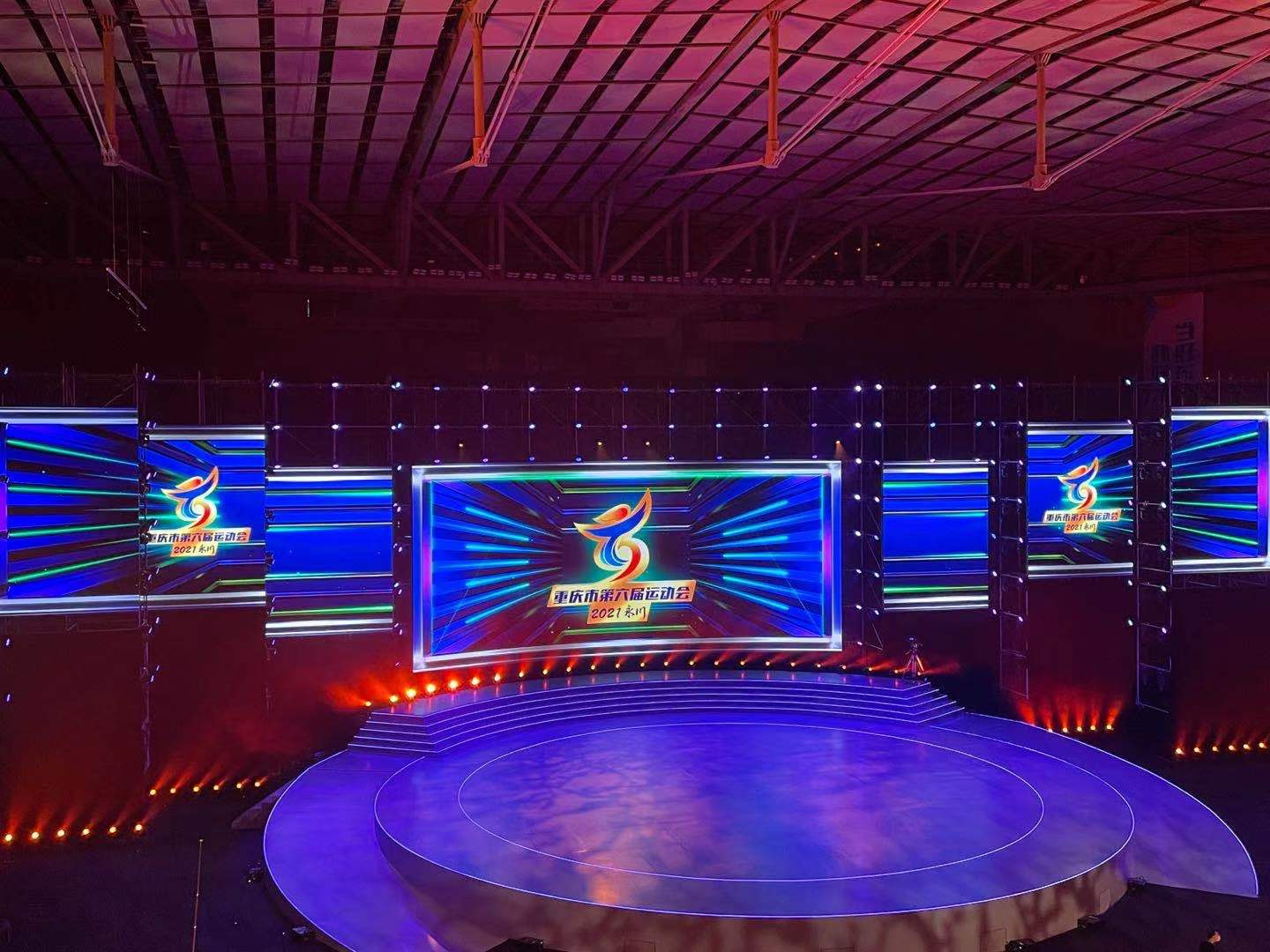 The logo of the 6th Chongqing Sports Meeting is displayed on the widescreen. (iChongqing/Truman PENG)

The Chongqing Sports Meeting is the city’s highest-level and largest-scale sports event. The first three editions were held in downtown Chongqing while the last two editions opened in Wanzhou and Fuling districts. This year’s event was originally scheduled to be held in September of 2020 but was later postponed due to concerns about the COVID-19 pandemic.

“Our athletes have set a number of records with their hardworking, tenacious perseverance and spirit, and brought us a passionate and unprecedented sports event!” a representative of the audience exclaimed at the closing ceremony of the 6th Chongqing Sports Meeting. “The blazing flame of the 6th Chongqing Sports Meeting will be treasured in everyone’s heart forever, and the achievements made here will inspire more athletes to continue to move forward courageously and accumulate majestic strength for the dream of sports power.” 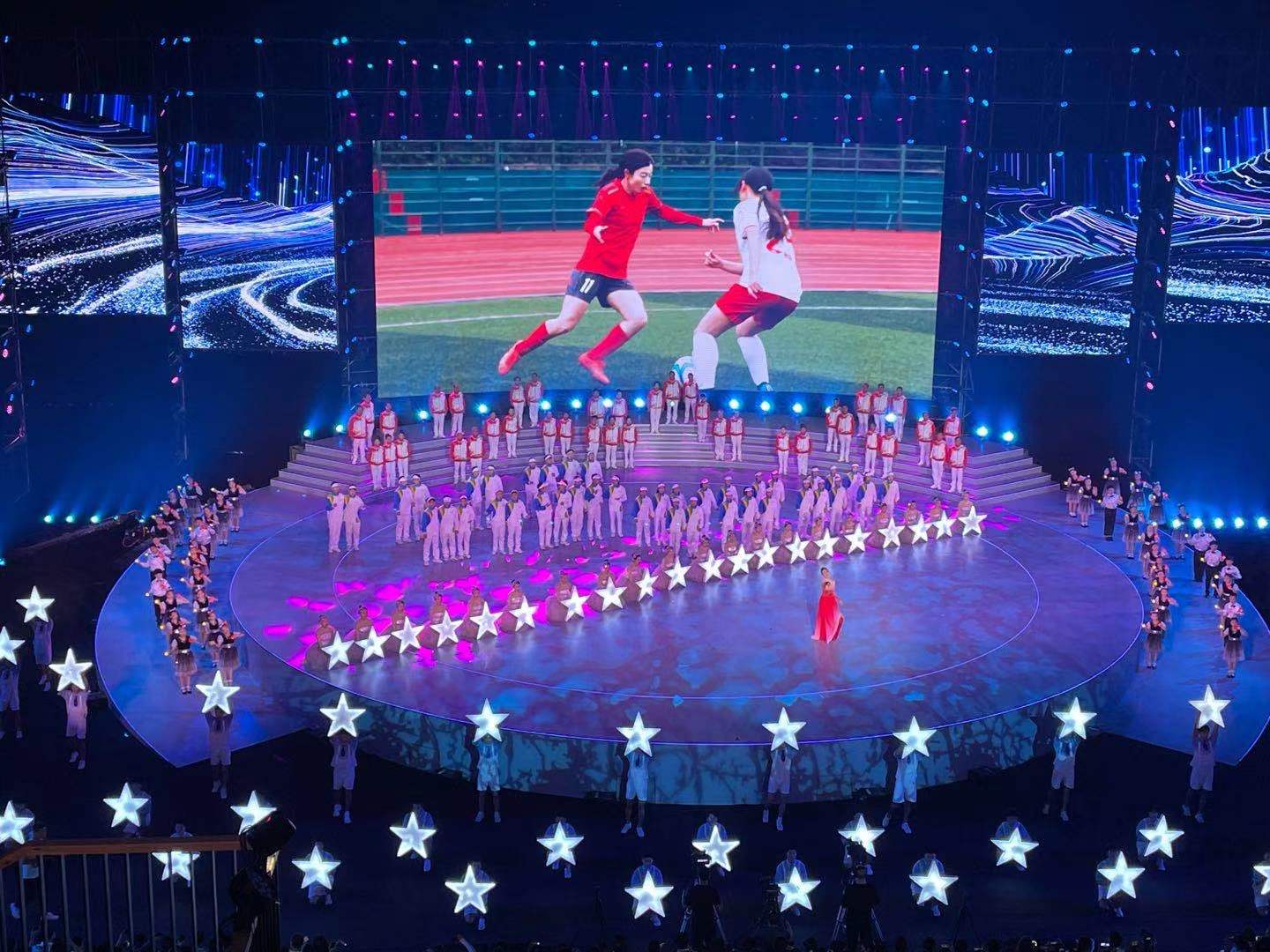 “In order to plan for the training of talents for the Beijing Winter Olympics and the Paris Olympics in France, three performances including gymnastics, street dancing, and aerobics, as well as winter events such as snowboarding, synchronized skiing, and ice hockey, were added for the first time,” said Zhang Xin, deputy director of Chongqing Sports Bureau, at the closing ceremony.

The opening ceremony of the 6th Chongqing Sports Meeting was also held at the Yongchuan Sports Center on May 18, with more than 3,000 artists contributing to a cultural and sports feast for the ears and eyes. 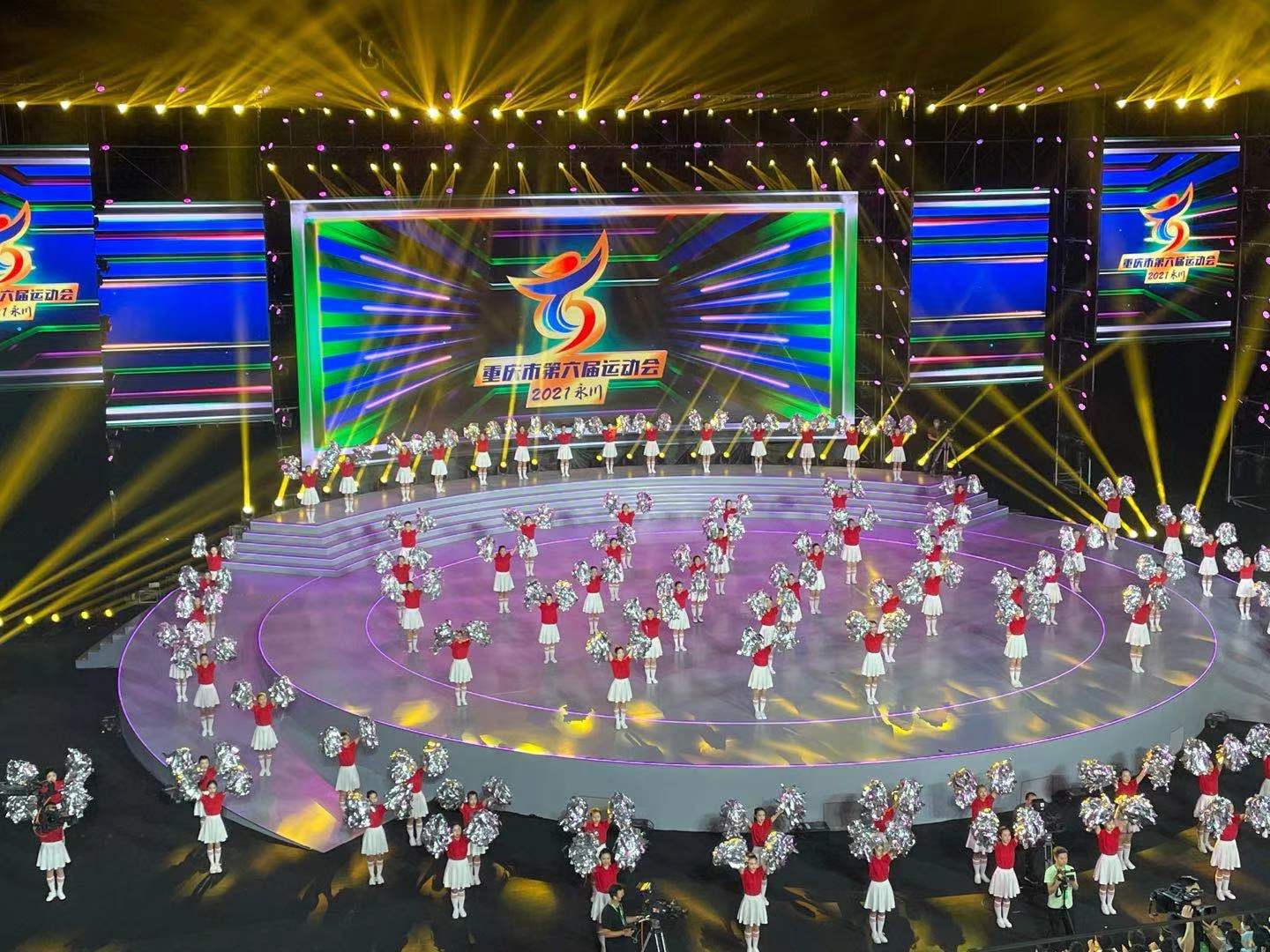 Dozens of cheerleaders scatter around the performance stage to put on a show during the closing ceremony. (iChongqing/Truman PENG)