The top four teams of the preliminary matches in both the 200-meter and 500-meter categories go directly to the semi-finals, while the other 10 teams continue to compete in the quarterfinals which determines the rankings from 9th to 14th and selects out the 13th and 14th place winners. Finally, the winners of the semi-finals move on to compete in the finals for the 1st to 4th places with the rest to compete for the 5th to 8th places.

Wulong has accumulated a lot of experience from successfully holding the previous 14 editions of Furong River Dragon Boat Championships and is the ideal choice to continue this year’s event and be the first stop of the 2nd Chongqing Dragon Boat Open Tournament, according to an official from the District Sports Bureau. “After the open tournament’s first stop, people can also go and see the further competitions to be held in the other three districts of Changshou, Tongnan, and Hechuan in the days leading up to the Dragon Boat Festival.”

Accompanied by the thunderous rounds of applause from the spectators watching the races ashore, the two groups of dragon boat racings came to a successful conclusion with the men’s team of Hechuan District, and the two teams of Changshou and Tongnan districts winning the top three places and awarded with 20,000, 15,000, and 10,000 yuan respectively. Ranking 4th to 8th were teams from Zhongxian County, Fengjie County, the women’s team of Hechuan District, Wulong District, and Kaizhou District. Each of them was given a cash reward of 8,000, 6,000, 5,000, 4,000, and 3,000 yuan respectively. 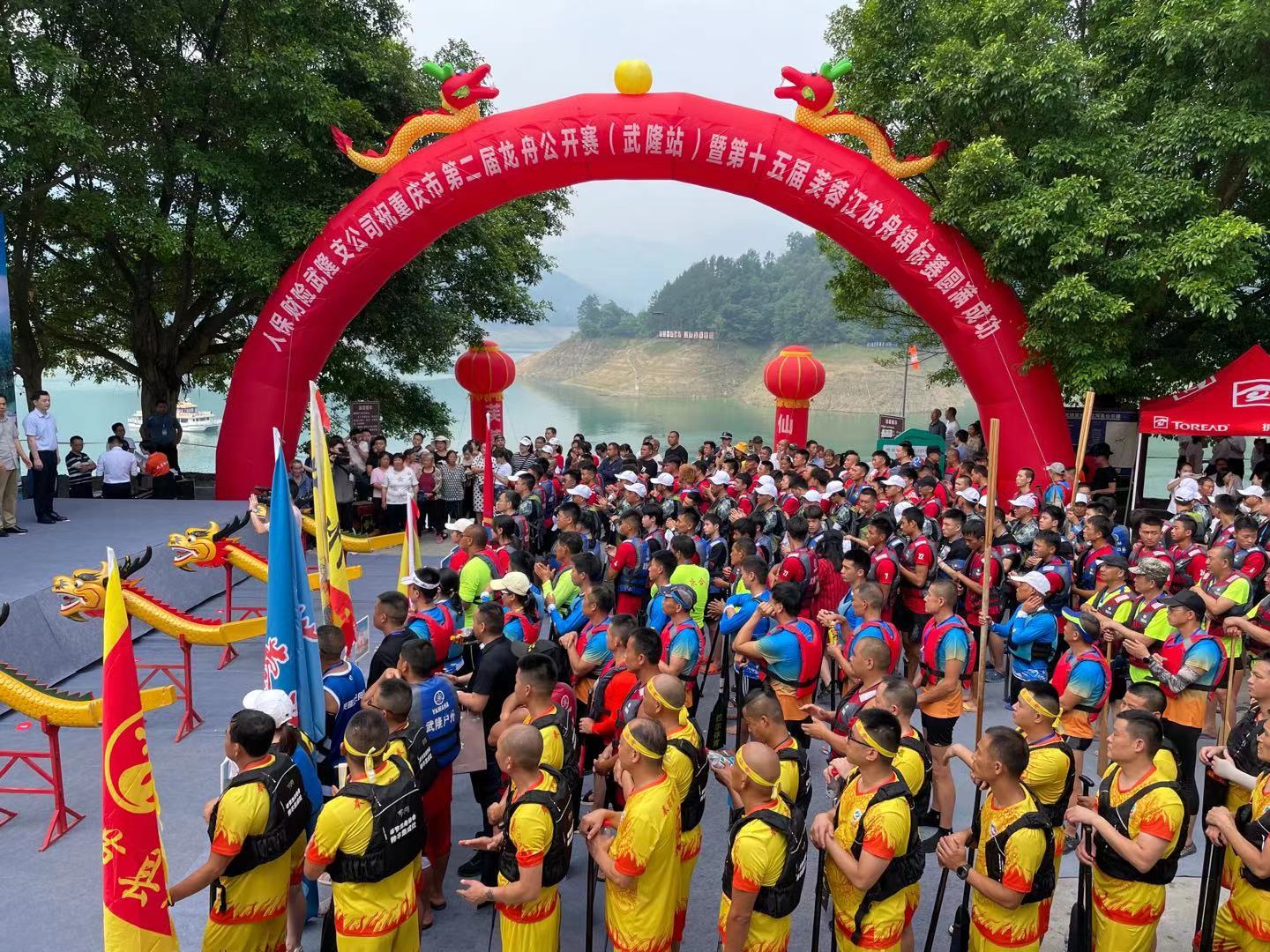 a total of 14 teams from Sichuan and Chongqing participated in the race. (iChongqing/Truman PENG)

Various dragon boat racing events have been organized around the world to celebrate the traditional Chinese Dragon Boat Festival, which falls on the fifth day of the fifth Chinese lunar month, according to the International Dragon Boat Federation, the worldwide governing body for dragon boats racing.

The festival was created to commemorate a well-respected historical figure Qu Yuan for his heroic and patriotic act of throwing himself into the Miluo River as a protest against the then corrupt government of the State of Chu (770 B.C. – 223 B.C.). The long-time traditions of racing dragon boats and eating rice dumplings during the festival also come from the legend of fishermen racing to retreat the drowned Qu Yuan from the Miluo River and beating drums and throwing rice dumplings into the river to distract fish from devouring his body. 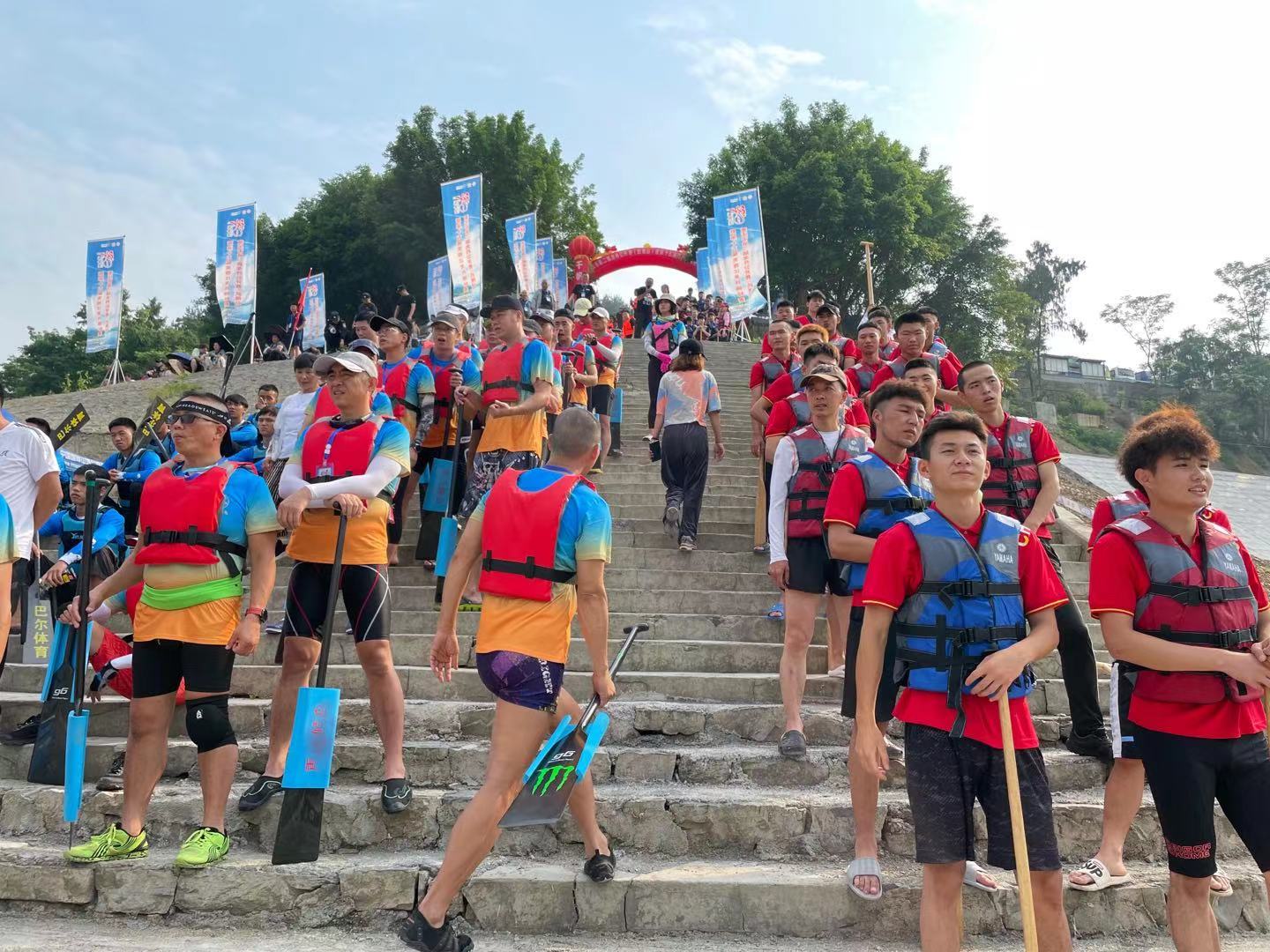 Participants stand ready to walk down the stairs and start rolling in the Furong River. (iChongqing/Truman PENG)