Chongqing Great Hall of the People 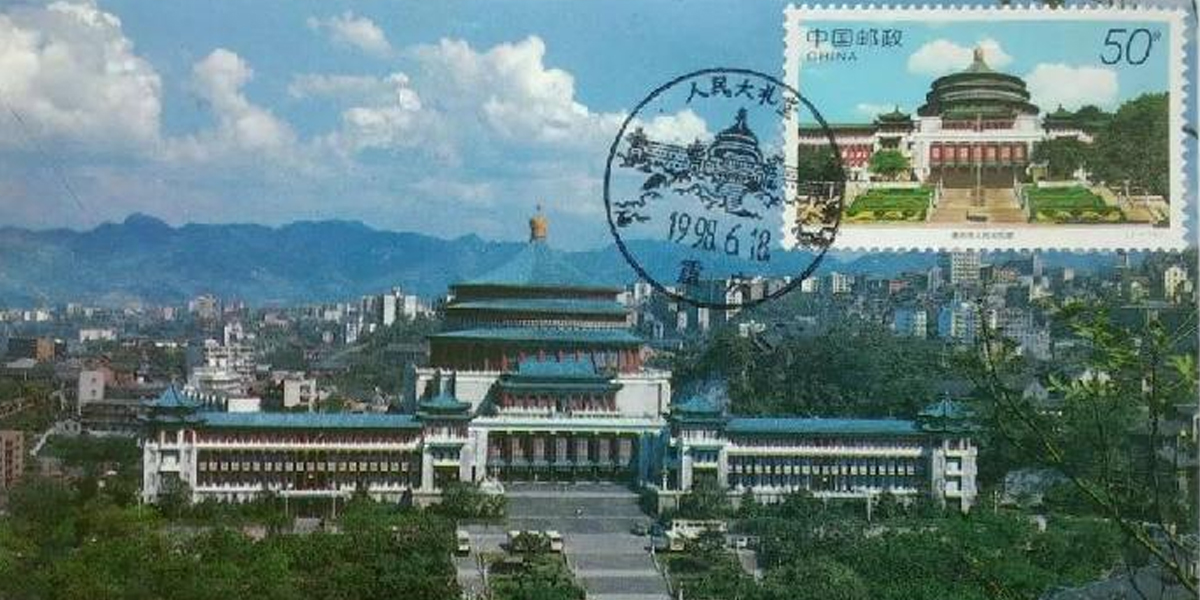 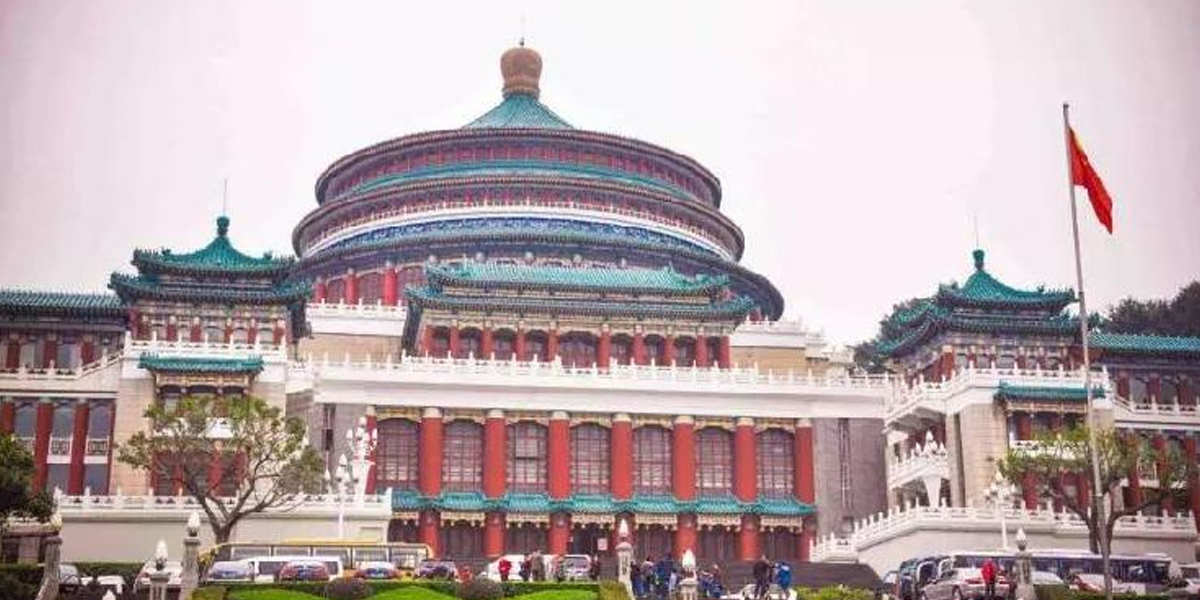 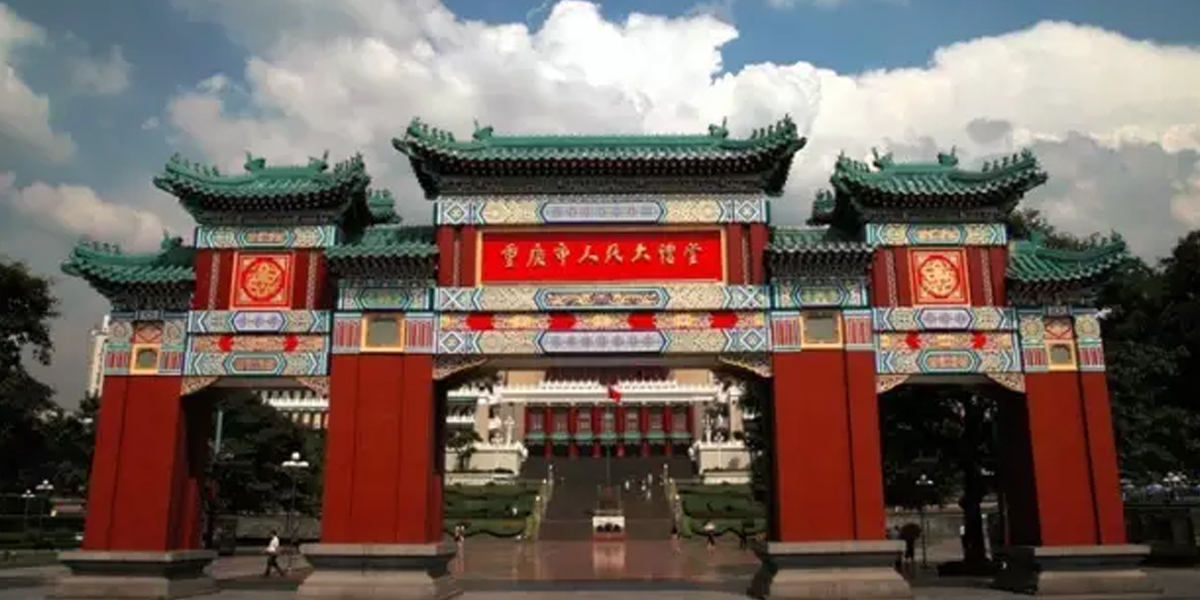 Chongqing Great Hall of the People also called Chongqing People’s Auditorium, has ranked as the Top 10 Classic Asian Architecture of the 20th Century and the Classic Chinese Centennial Building of the 20th Century. Therefore, how could you miss this landmark during your visit to Chongqing? You cannot truly understand how splendid and magnificent it is without a stroll in this 65-year-old building and a firm grasp of its construction history.

The year 1998 marks the first anniversary that Chongqing became a directly-controlled municipality. To celebrate that, China National Philatelic Corporation brought out a set of two stamps, one of which was the auditorium.

Situated in Yuzhong District, the great hall is not only a calling card of Chongqing but also one of the most magnificent auditoriums after the founding of the People’s Republic of China. Mr. Liang Sicheng, a leading authority in Chinese architecture, called it “the most classic building of epoch-making Chinese classical architecture in the 1950s”.

In 1987, Royal Institute of British Architects, together with University of London, completed the History of World Architecture. This authoritative book, for the first time, included 43 projects built after the founding of the PRC, among which the auditorium ranked second. Listed into the seventh batch of major cultural sites protected at the national level (often abbreviated as guobao) in 2013, it becomes the youngest “guobao” in Chongqing. Meanwhile, it is also one of the 98 projects selected into the “First Batch of the 20th-Century Chinese Architectural Heritage” released by Chinese Society of Cultural Relics and Architectural Society of China in 2016.

Winning Zhan Tianyou Civil Engineering Award and Luban Award, the auditorium has also enjoyed the title of “Top 10 Buildings Since 1949”.

Served foreign VIPs in the past

The construction began in June 1951, and the main part completed in January 1954. This auditorium opened in April 1954, when Chongqing was the capital of Administrative Region of Southwest China after liberation.

The newly-built auditorium received a delegation of over 100 people from the Democratic People’s Republic of Korea or DPRK, who were the first group of foreign guests visiting there.

As the third splendid Oriental architecture after Imperial Palaces of the Ming and Qing Dynasties in Beijing and Shenyang, it has won unanimous praise from experts of former-Soviet states which supported the economic construction of Southwest China. The foreign delegations would choose this auditorium as their accommodation in Chongqing, and considered it as an honor.

For better protection and utilization, the auditorium, before going into service, has formulated the principle of minor repair for five years and general reconstruction for a decade. The first day of August 2006 saw the largest maintenance since its completion.

As the supporting timber structure has been rotten and worm-eaten, the maintenance personnel tore down the whole roof. Glazed tiles, instead of roofing tiles, cover the roof for a better restoration. Each metal, made from different formulas and weighed on the balance, aims for the color of peacock blue close to the original. The pillar adopts the golden-dragon Hexi painting, with the meaning of “peace and favorable weather”. This pattern represents the highest level of decorating Chinese imperial architecture in the Qing Dynasty (1644–1911). The gold foil with the gold content up to 98% is used on the pillar, capital, bucket arch, and sparrow brace. The bright and durable color matches the lacquer in dark blue, dark green and scarlet, looking more resplendent.