The wonderland-like Chashan Zhuhai (Tea Mountain and Bamboo Forest) locates in the Ji Mountains. It is in north Yongchuan 100 km west of the Chongqing urban area. In addition, it is on the list, as one of the most unique national parks. Meanwhile, this is where they filmed the outdoor scenes of the film “House of Flying Daggers”, from Zhang Yimou. In ancient times, the Ji Mountains were named Canglongdao Mountains, or Black Dragon Mountain. It was because the mountain peaks go up and down, like the back of a dragon. Moreover, the local people regarded the incarnation of the Eastern Black Dragon.

The movie House of Flying Daggers filmed the shot here

There are three tea gardens as well as bamboo forests inside the scenic areas. No matter the tea, bamboo, or grassland, they are all green. Therefore, there are natural scenery and landscape at Chashan Zhuhai. The Bodao Ridge is the highest peak in Western Chongqing, with 1,025m above the sea level. Bodao refers to “thin knife” in English, means it looks like the knife edge. Moreover, the bamboo forest just like a green labyrinth from nature.

In the meantime, there is the largest theme hotel in Southwestern China, Zhonghua Chayi Villa (China Tea Art Villa). Visitors can watch tea shows and tasty snacks of tea at the villa. It contains tea arts of different national minorities. 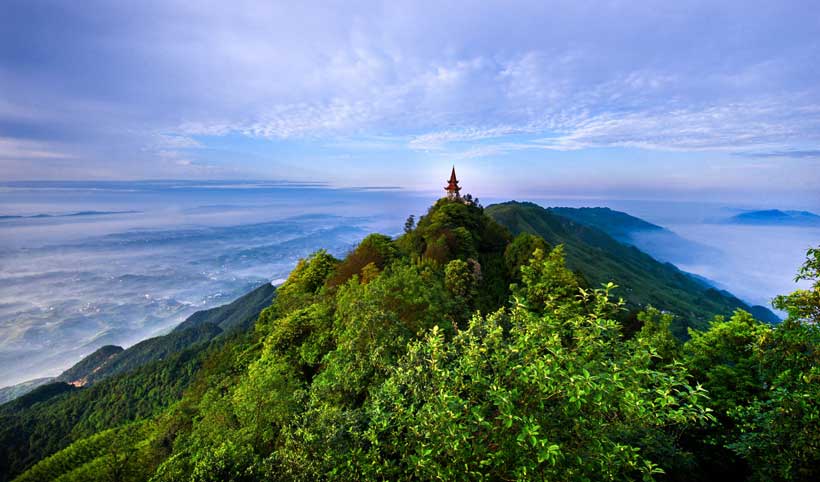 The Chashan (tea mountain) is a sea of green

In spring, new tea buds and bamboo shoots sprout out. In summer, cool breezes sweep the bamboo with crystal spring. Besides, in autumn, white flowers bloom on tea trees. Furthermore, in winter, green bamboo and red maple are covered by light snow. This is a tour you can take all a year around.

The legend of Chashan (Tea Mountain)

The Jade Emperor has nine daughters, including the seven fairies and two adopted daughters. The youngest adopted daughter is the head of the department for tea of heaven. From the legend, tea is one kind of drink, especially for the celestial palace, and it is extremely rare.

One day, the tea fairy passed Yongchuan, attracted by the natural landscape there. She found a cave on the mountain and a clear spring near the cave. Bamboos around there were so green that drew her attention. Hence, she settled down there and grew tea in front of the cave. Time passed fast, she built a close relationship with local people in Yongchuan. The tea fairy not only shared tea with people but also taught them how to grow tea.

Gradually, people found that tea can cure pain and illness as well as enhance physical strength. However, the Jade Emperor found what his adopted daughter had done. He became so angry that he took her back to heaven and punished her. Nonetheless, the story of the tea fairy was widespread. People constructed a temple for her selfless contribution. Furthermore, people began to develop the industry of tea in order to commemorate the tea fairy. 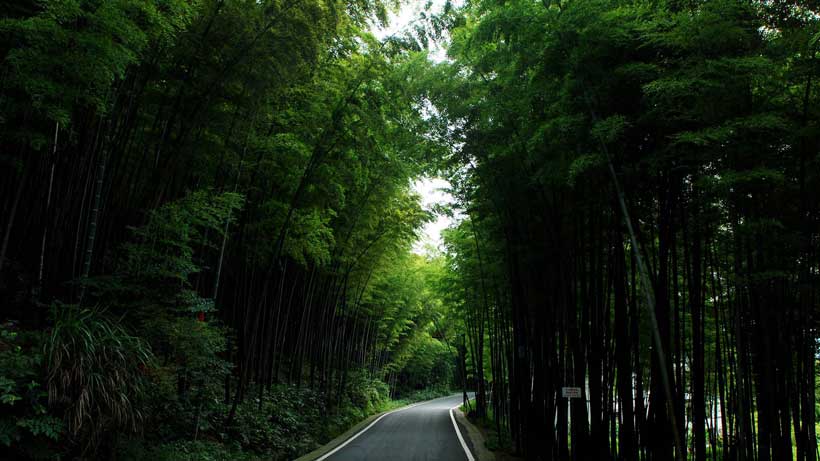 The road with bamboos at both sides