Though late autumn has come, the Xueyu Mountain in Fengdu County is covered by a sea of bright-colored firethorn, making it a fairy tale world, unlike the pale autumn scenery described by literati.

Xueyu Mountain, over 1,800 meters above sea level, embraces dense forests of a variety of trees. Every autumn, the firethorn on the slopes will be laden with red fruit, creating a magnificent picture that could not be duplicated. Seen from afar, the bright red and the bottle green enhance each other’s beauty. 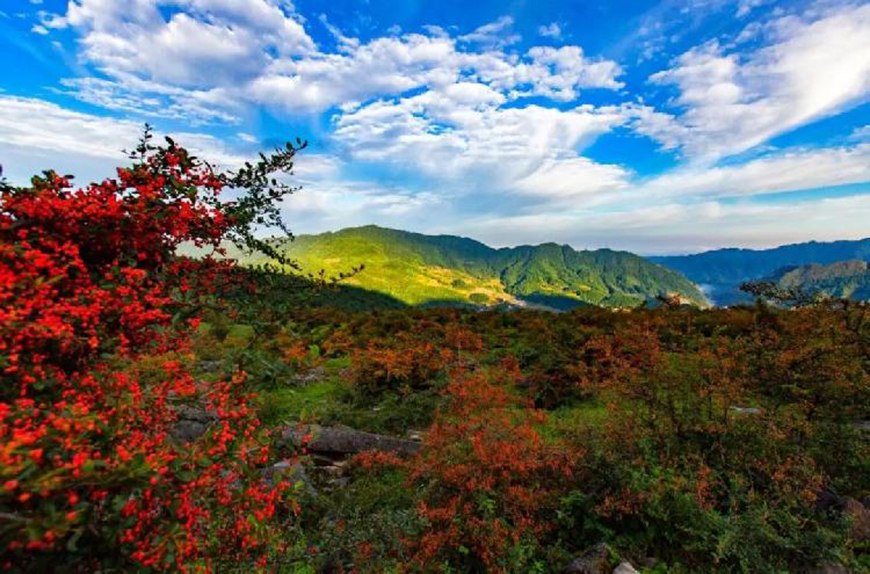 A sea of firethorn is sparkling.

Its ruddy fruit looks like a campfire rising from the grass, making the chilly winter a little bit warm. The fruit is edible as food and medicine, which is slightly sour and a little sweet with a mouthfeel of haw apples. You can pick some and have a taste. 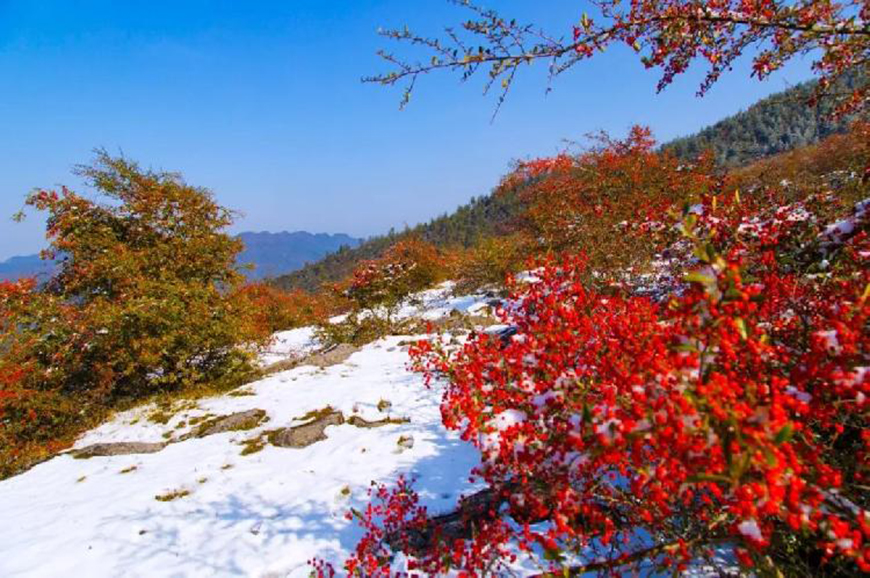 In winter, the red fruit partly hidden in the snow will look brighter and more glamorous as it snows more heavily. What an intoxicating scene!

In addition to the firethorn, you could also enjoy the view of snow there. The mountain will finally turn into a boundless world of snow, with the peculiar rime landscape being available. Thanks to the high altitude, it is also an ideal place to watch the sea of clouds and the sunrise. 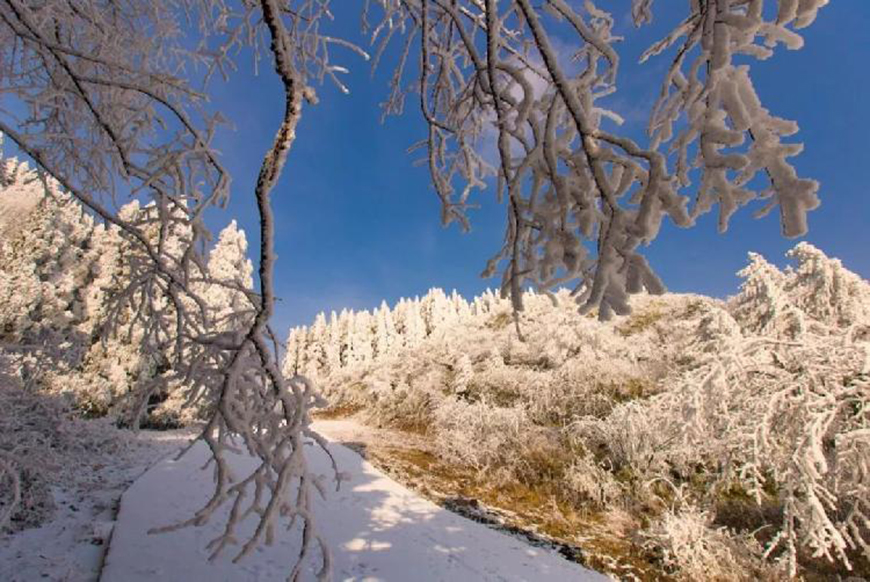 Snow scene on the Xueyu Mountain

Wuping Town, near the Xueyu Mountain, can provide tourists with pollution-free food such as the whole roast lamb, the rock frog, and the preserved meat. There are also various local specialties, including the wild gastrodia elata, the morel, and the alpine honey, which are quite popular with tourists. You can take some home.

Public transport route: Take a bullet train to Fengdu at the North Square of Chongqing Bei (North) Railway Station, and transfer there for a bus to Wuping Town.