Zhongshan Fourth Road, the Most Beautiful Street in Chongqing

Chongqing has a street, which is widely recognized as the most beautiful one. It also features a profound cultural background: there are many celebrities’ former residences and other old buildings recording the history of the War of Resistance and witnessing changes of times. Walking on the street, people seem to immerse themselves in those past days. The street is Zhongshan Fourth Road. 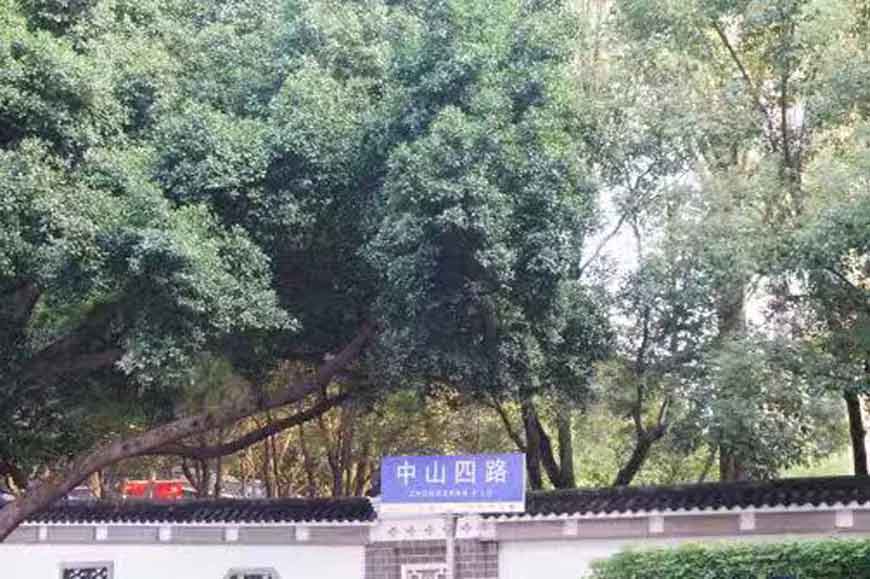 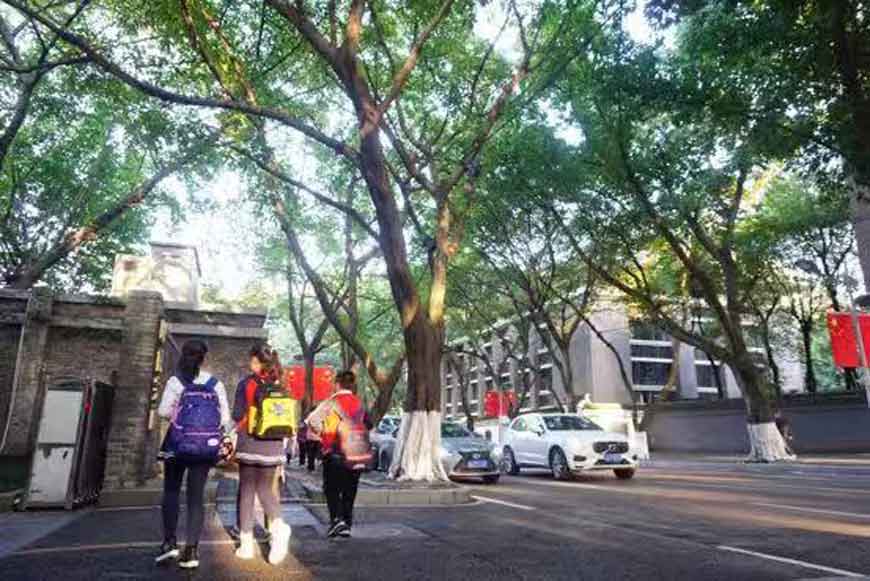 Qiujing Middle School is on the road

Zhongshan Fourth Road is the last section of Zhongshan Road, which starts from Qixinggang, stretches to Lianglukou and Shangqing Temple, and ends at Zengjiayan. It was constructed under the leadership of Pan Wenhua, the first mayor of Chongqing. When being completed in 1931, the trunk road of central urban areas of Chongqing was named Zhong (literally means “central”) First/Second/Third/Fourth Road. It was then renamed Zhongshan First/Second/Third/Fourth Road in honor of Sun Yat-sen or Sun Zhongshan in 1937.

Zhongshan Fourth Road is the most renowned section, which connects the Shangqing Temple and Zengjiayan. From 1937 to 1946, offices of the Kuomintang government, including the Executive Yuan, were situated here, turning the street into the command center of China, even of the Global War against Fascism. The only 800-meter-long Zhongshan Fourth Road saw many special moments of China’s history.

When school is over, Zhongshan Fourth Road is crowded with pupils wearing colorful uniforms, lighting the old street with fresh vitality. People’s Primary School, Qiujing High School, and Dejing Primary School stand next to each other, creating a great cultural environment.

At the eastern end of Zhongshan, Fourth Road is the Former Residence of Zhou Enlai, where Zhou Enlai and his wife Deng Yingchao lived. In 1938 when the Communist Party of China Delegation was relocated to Chongqing, Zhou Enlai rented the house in his name to be a significant office for the Southern Bureau of the CPC Central Committee. During the War of Resistance, it was the Chongqing Office of the Eighth Route Army, Southern Bureau of the CPC Central Committee, where Zhou Enlai worked.

“At that time, this place was reputed as ‘A Light in the Mountain City,’ attracting people who pursued a promising, peaceful, and democratic future and were willing to fight for the War of Resistance from all over the world. They came here to find the truth, to devote themselves to the war, and to record the wartime with their eyes and even lives.” Lei Yu, deputy secretary of the CPC Party Committee of Zengjiayan Community, said we should remember the history and cherish the hard-won peace.

The also famous Former Residence of Dai Li sits less than 100 meters away from the Former Residence of Zhou Enlai. It was a place where Dai Li, a significant figure of Kuomintang during the War of Resistance and head of the National Bureau of Investigation and Statistics, lived and worked. Houses of important leaders of two parties stand on the same street. “People cannot find another street now like current Zhongshan Fourth Road, which harmoniously accommodated different parties and ideas. Given that, it is worth being called a ‘living fossil’ of the revolutionary history,” said Lei.

Zhongshan Fourth Road also owns the Democratic Parties History Museum of China, the only National First Grade Museum of the United Front Work Department of CPC Central Committee, and the first exhibition hall for the history of China’s democratic parties. There are some other historical buildings, such as Former Residence of Zhang Xiang, which was used as the Office Building of Central Party Department of Kuomintang during the War of Resistance, and Guiyuan Garden, where the Kuomintang and the Communist Party of China signed the Double Tenth Agreement.