The Story of Banan and the Kingdom of Ba

Chongqing lies on a cusp of the Yangtze River, deep in the Chinese hinterland. Before the Yangtze’s yellow waters rush to Chongqing’s shores, they go through an area of Chongqing with the longest river coast of any of Chongqing’s nine main areas: Banan district.

The 60 kilometers of golden Yangtze River that cuts through this lush land of mountains and lakes make up some of the main city’s most spectacular mountains and forests, as well as carry the tale of the mysterious people who once ruled Chongqing thousands of years ago. 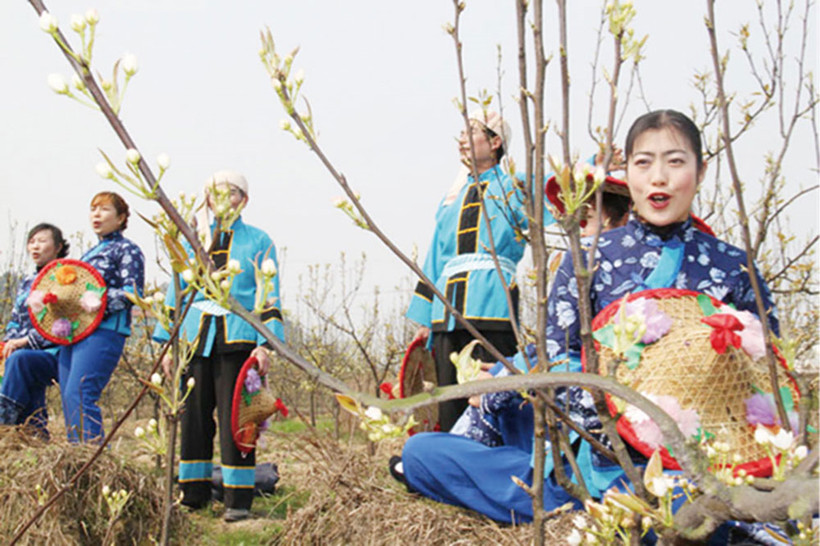 Mudong Shange is a kind of folk song in Banan, which became the intangible cultural heritage

Before China was united, around 2000 years ago, it was split up into various kingdoms. In present-day Chongqing, there was a kingdom roughly the size of the State of New Jersey that was called the Kingdom of Ba. Neighboring Ba were powerful kingdoms such as Shu (present-day Szechuan), Chu, and so forth. Despite its relatively small size compared to its neighbors, the people of Ba were said to be fierce in battle (they were also said to love music and dance, and incorporate these into war-dances). In the Chongqing of over 2000 years ago, it was the hearty people of Ba that lined these shores and were nourished by the waters of the Yangtze that line Banan district, as well as other districts of Chongqing. 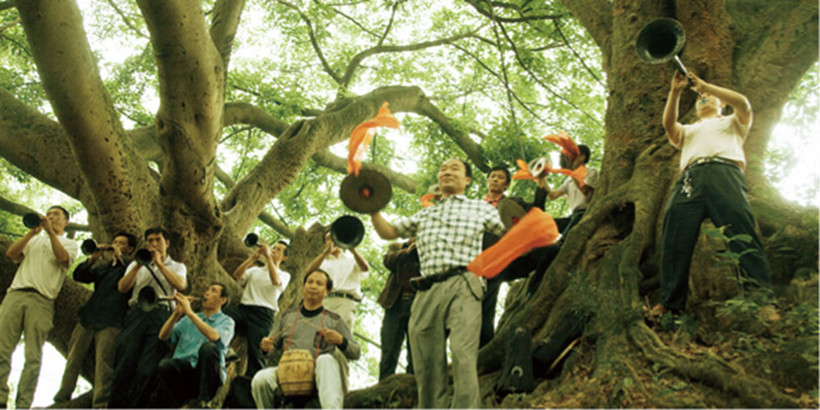 Chuilong Jieda is a form of playing musical instruments in Banan, which became the intangible cultural heritage

What happened to the “Ba” people?

The panorama of Banan District

The name Ba comes from a character that was said to evolve from a picture of a snake -perhaps the fierce warriors of Ba worshiped it as a totem animal. Many things are unclear about them, but a few we know; they worshipped white tigers and were brave warriors. So brave, in fact, those Ba warriors were highly sought out by other kingdoms during the battle to control China. Finally, however, the Kingdom of Ba, along with the other Kingdoms of China were united by the Kingdom of Qin, and in 314BC set up the beginnings of the “county” of Chongqing we know today. However, it seems that as the conquering Qin defeated the Ba, the Ba people left…somewhere? Where did they go? No one knows for sure, but historians give us some guesses as to what might have happened. One is, they simply stayed behind and continued settling in the central Chongqing area like they had been for centuries. Others think that they might have moved to the east, toward the present province of Hunan or Hubei. Still, others think that they eventually became what is known today as the “Tujia” ethnic group.

Whatever the case, the “Ba” in Banan district comes from these ancient inhabitants of Chongqing, literally meaning “south of Ba”. The Yangtze River that nourished these hearty people for hundreds of years continues to nourish this rich land of lakes and mountains, boasting 60 km of beautiful river coastline as well as hot springs and other tourist sites. Many cultural artifacts and intangible traditions remain and flourish in Banan, and as Banan enters a new era of opening up, the warm people of Banan await you to discover them!