Changshou District: A City with Nature and Culture

Changshou District should be the only region embraced by mountains with green peaks and dense forests and surrounded by rivers with rushing torrents. Endowed by nature, the landscapes of Changshou are more than beautiful. After thousands of years of inheritance, the culture of Changshou is still shining. People usually tell tales about the wonderful sceneries and cultures of Changshou District in the ancient and modern times.

People constructed an alchemy site on the west bank by the Changshou Lake in the memory of Ba Qing, a businesswoman from Changshou over 2,000 years ago. This scenic spot welcomes visitors in great numbers from across the world every day. 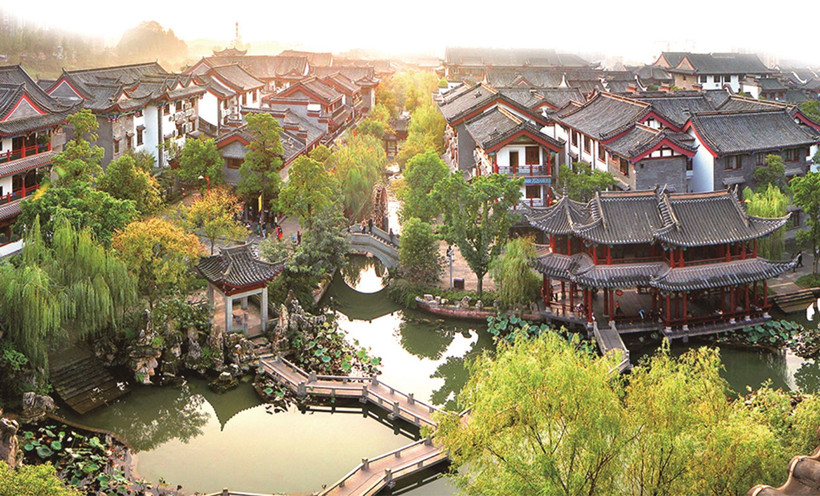 Ba Qing was a widow and a businesswoman in the Qin Dynasty (221 B.C.-206 B.C.). She served as one of the major suppliers of the quicksilver for the Mausoleum of the First Qin Emperor. Based on the cinnabar business network across the state, she promoted the culture of ancient Chinese healthcare to satisfy people’s desire for health and longevity.

Nowadays, the cinnabar-featured healthcare and longevity culture has never disappeared even Ba Qing had gone for a long time. With the development of our time, Changshou people have inherited the healthcare culture while getting rid of the stale and bringing forth the fresh.

The world-renown promotion center of Confucianism

Changshou, with profound cultural deposits, once served as a promotion center of Neo-Confucian thoughts of Cheng Hao, Cheng Yi, and Zhu Xi.

Fuzhou School, created by Qiao Ding from Changshou, inherited the essence of Luo Study of Cheng Yi and enlightened the Min Study and Huxiang School. Beyond these Studies and Schools, the Confucianism masters are still illustrious in history with their considerable contributions to the history of the Chinese thought and culture.

An influencer for Jin Yong and Gu Long

Li Shoumin is from Changshou District, and he has a well-known pen name of Huanzhu Louzhu (Master of Huanzhu Tower). The public has respected him as the “king of modern novel of martial arts and chivalry”. His representative work, Swordsman of Shu Mountain, has won the honor of opening the unparalleled chapter of Chinese novels. 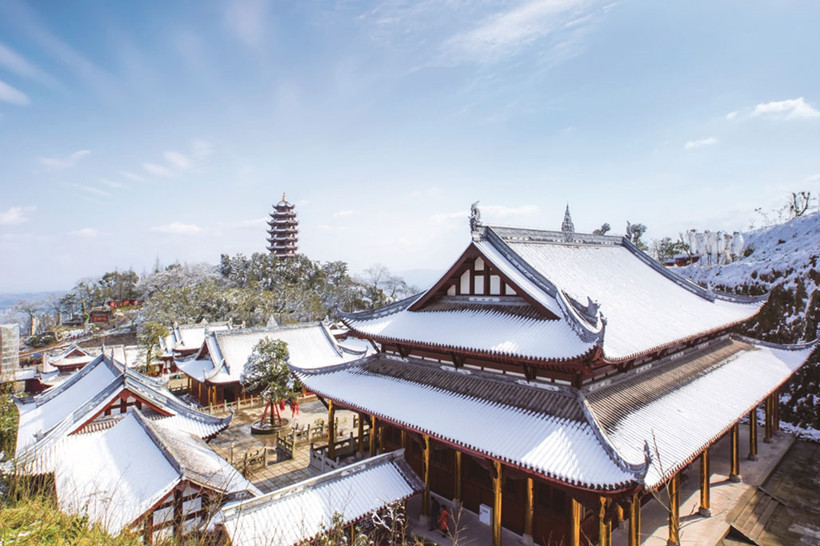 Li Shoumin has 36 novels in his life, totaling over 40 million characters. And his work series represented by Swordsman of Shu Mountain have enlightened the famous novelists of Liang Yusheng (Chen Wentong), Jin Yong (Louis Cha), and Gu Long (Xiong Yaohua). The influences have been profound and deep until today.

In the Puti Mountain Cultural and Tourism Scenic Spot in Changshou District, a bluestone-paved hiking route, hidden in tree shadows, is lying along the hill.

On this seemingly endless stairs, there are 19,999 characters of “寿”, which are phoneticized as shou with the meaning of longevity, in various calligraphy types and patterns. With the one in your heart, there will be 20,000 characters of “寿”, so people call it the “Wanshou High Stairs”, which means high stairs with twenty thousands of “shou”.

In March 2016, the Carrying the Flag World Records Limited recorded the “Wanshou High Stairs” as the stone stairs with the most “shou” inscriptions in the world.

Explorer for the Three Gorges Project

In 1944, John Lucian Savage, an American civil engineer, made his field survey along the Yangtze River despite the war at that time. He finished the well-known Yangtze Gorge and Tributary Project, also known as the “Savage Plan”, in Changshou District. This plan is about all the aspects of the Yangtze Gorge Project. Meanwhile, it has attracted the world’s attention for its bold imagination and meticulous thinking.

Savage might have never thought that his dream would become a reality 12 years later when people have built China’s first step hydropower station at the site where he drafted this report. And this structure served as a significant demonstration for China’s Three Gorges Project.

In Changshou District, there is a strip-shaped ancient town lying along a cliff, called “Sandaoguai”.

Hejie served as the political, cultural, and economic center of Changshou District in the Ming and Qing Dynasties. In 1799, the county department moved to Xinshu Street of Fengshan. To facilitate people-to-people communication, Sandaoguai was built along the mountain range, with the vertical elevation difference of 165 meters.

During the War of Resistance, Changshou District became one of the major grain supply markets in Chongqing. As time has gone by, Sandaoguai, once knowing the prosperity and vicissitudes of this city, is still bustling but eclipsed by this metropolis.