Why Pickled Vegetables are So Popular in Chongqing?

A Match Made in Heaven: Pickled Vegetables and Rice.

Rice is the mainstay of southern China, and Chongqing is no exception.  In Chinese, “eat” translates to “eat rice”, so this predilection is built into the language itself and has been so for thousands of years. Most Chongqing people expect that besides several plates of hot and spicy food, there should be a steaming bamboo bucket of rice set on the table – many restaurants have never-ending rice buckets. 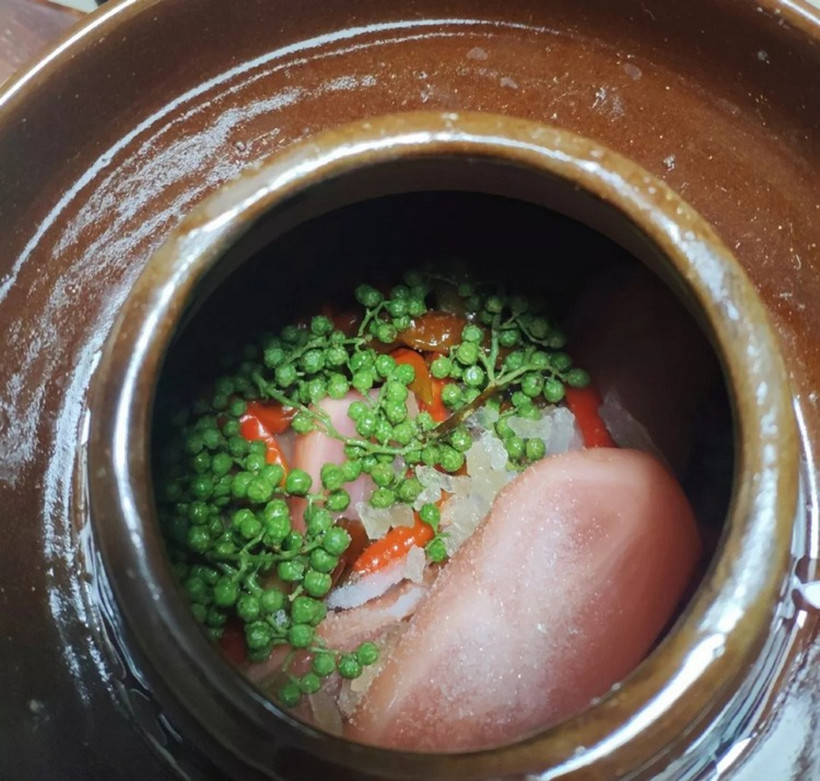 Pickled vegetables in the pot

In Chongqing, pickled vegetables are part and parcel of many meals – take hotpot for example.  At the end of a fiery hotpot meal, a perfect way to end the feast is with a bowl of freshly steamed rice topped with some fresh, crisp, pickled vegetables. Feeling sick? Chongqing people believe that eating spicy pickled radish will “sweat the sickness out” and bring you back to full health. Not enough time or money to eat a full meal? Rice with pickled vegetables are your friend in need! 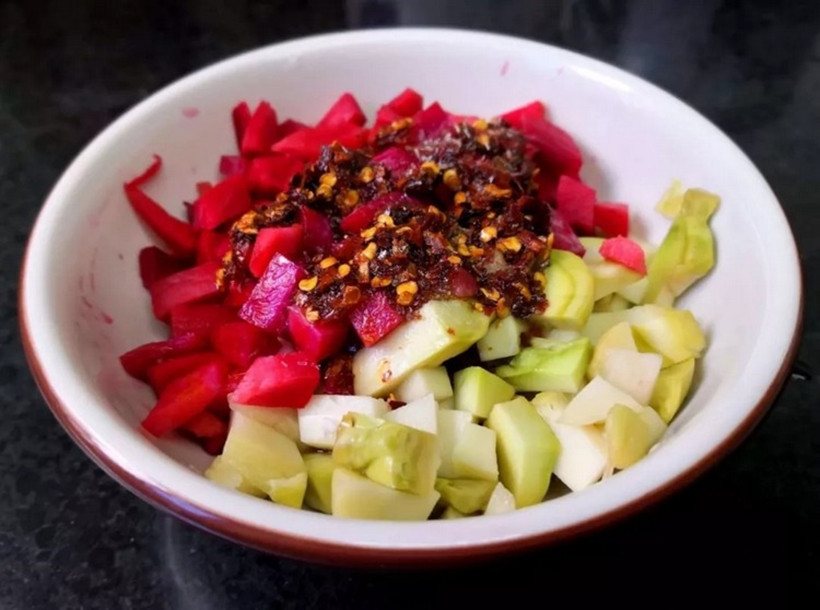 In Chongqing, pickled vegetables are part and parcel of many meals

How is it Made?

As mentioned before, traditionally speaking, every house in Chongqing used to make its own special blend of pickled vegetables in clay jars. According to tradition, these earthen jars must be porous as to absorb the lactic bacteria that pickles the vegetables. The quality and “flavor” of the jar influences the quality of the pickled vegetables, so a good jar is highly prized. 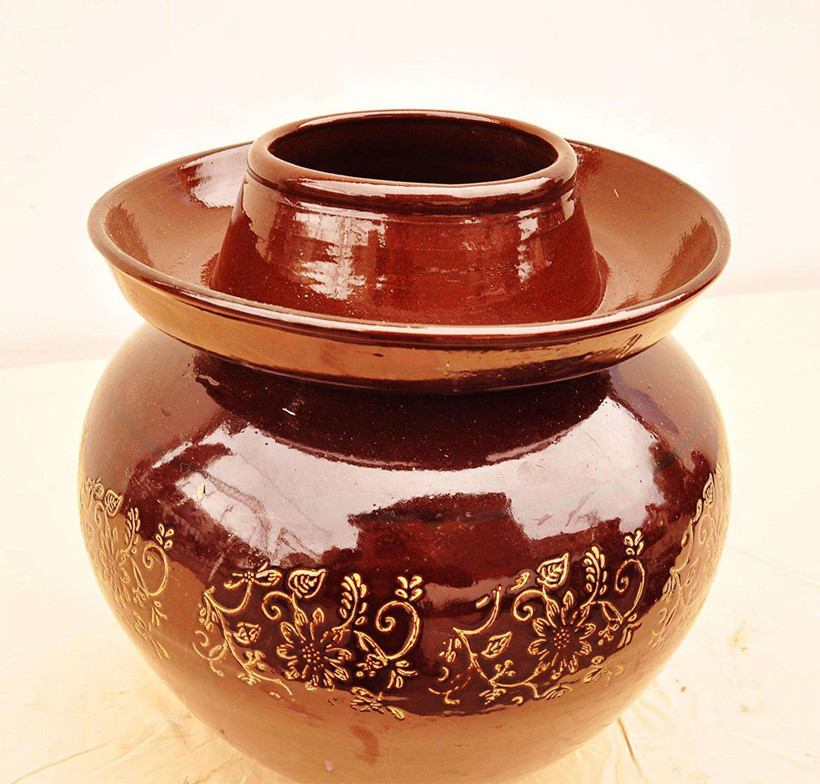 The traditional jar or pot for making pickled vegetables

The second most important thing is the pickling water. Since pickling is so important to Chongqing cuisine, having good pickling water could make or break a reputation with the neighbors and have many people making the rounds to your house to borrow this essential ingredient. Like most traditional cooking in China, making the perfect pickling water has no special recipe – how much spice, what seasonings, how much salt – it all depends on the taste and inspiration of the cook. There are some usual suspects, however; star anise, pepper, dried chili, rice wine, ginger, sugar or sesame, etc. It is said that the quintessential Chongqing spice, the Szechuan Peppercorn, makes the resulting vegetables crispier. The obsession for pickled vegetables leads to many quirks in the pickling process. Visiting neighbors are often forbidden to touch the vegetables or add their own in the jar, due to fears that due to unclean hands will reduce the quality and “whiten” the vegetables (because of skin grease). Jars are often moved around month to month in order for the jar not to be exposed to too much sunlight – that way the salt and bacteria can have their maximum effect. Different seasons call for different vegetables to be pickled. Cowpeas are for summer and ginger, while winter calls for radishes. This has to do with Chinese people’s beliefs on the medicinal properties of different food and what should be eaten during different times of the year. Besides these, you can also soak: bamboo shoots, lotus root slices, carrots, celery, garlic, lettuce, mustard, etc.

Pickling water is an important element to make pickled vegetables

Pickled vegetables are also famous in China’s bitter cold northeast. Because of the harsh climate, it is customary to store vegetables by pickling. The pickled vegetables of the northwest aren’t as spicy and sour as those from the Szechuan area, and are slightly sweet. Stewed beef with pickled cabbage, a staple dish from the northwest, is delicious, especially in the long winters. 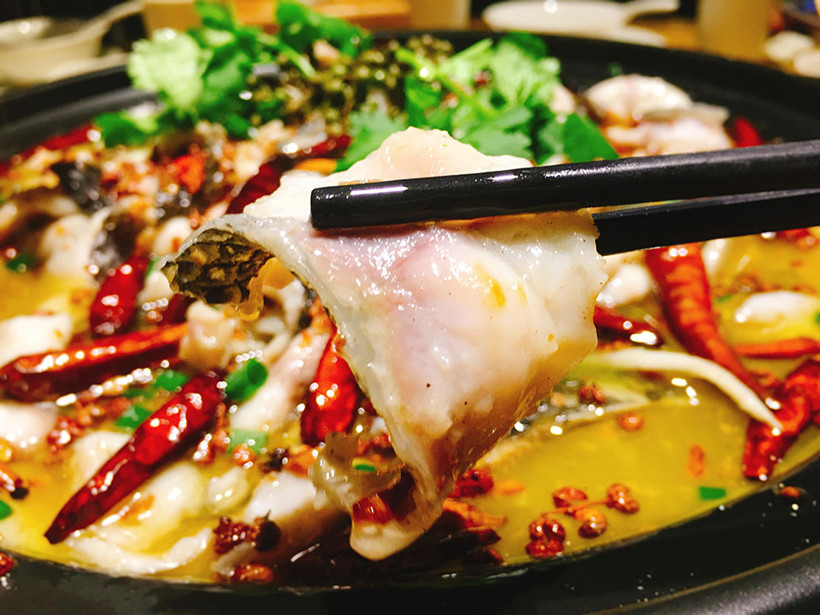 Pickled vegetables can be made as a dish 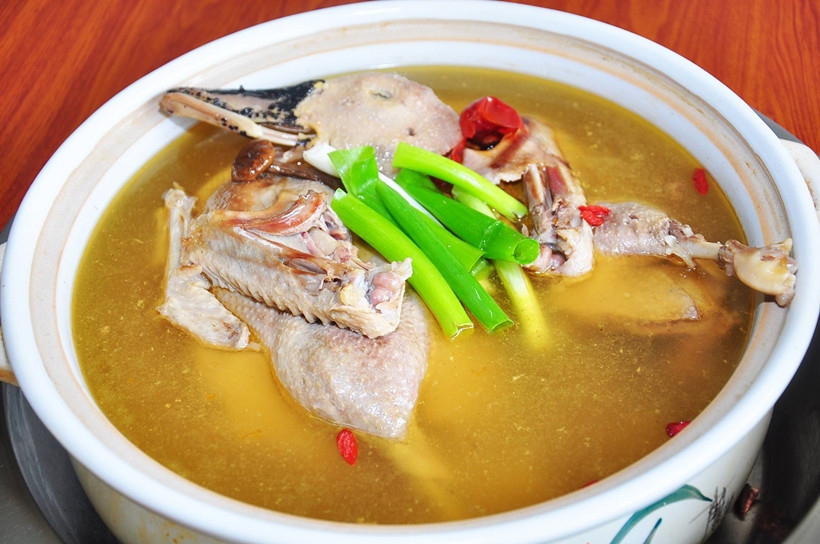 …it also can be made as soup

Pay attention to the cleanliness of chopsticks when eating. You can also wear disposable gloves to eat. Do not let bacteria in.

[1] Pickled vegetables are mentioned in the 3000 year old Book of Songs “中田有庐，疆场有瓜。是剥是菹（zū），献之皇祖”. The 菹 refers to pickling, which today is represented by the characters 腌制 (yan zhi).