Kaiping Diaolou may be the most famous watchtowers in China. However, there are also over 1,000 watch towers hidden in the vast land of Chongqing.

Hangtu Diaolou (lit. Rammed-earth Watch Tower), is a unique architectural style in the mountainous regions of eastern Sichuan Basin. For centuries, they have been isolated in the hilly area blocked by mountains with inconvenient transportation. Therefore, they’re hysteretic with folk characteristics in development and preservation. 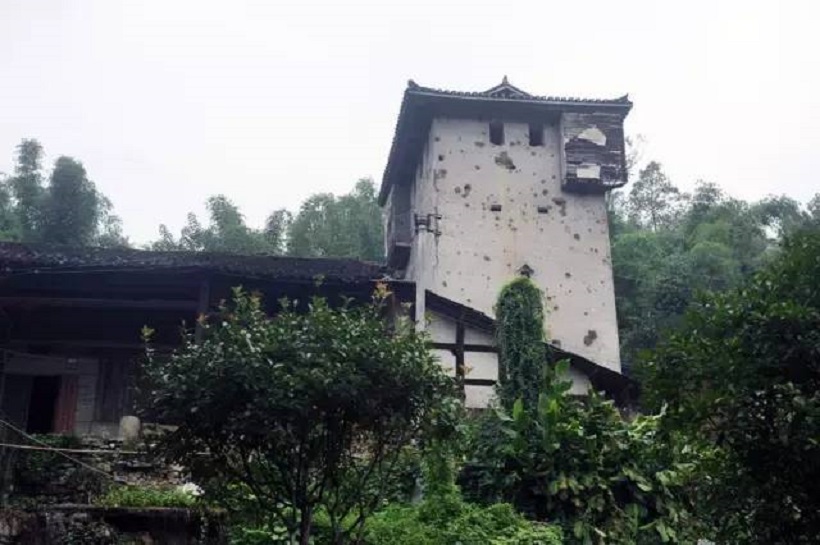 The architectural form of Hangtu Diaolou has formed after integrating architecture and cultures from both the northern and southern China, spread by immigrants, with the local natural environment and construction techniques.

In Chinese history, the five times of great migration to nowadays Sichuan and Chongqing have caused a strong impact on this region. In terms of the diaolou, which dots the vast hilly land of eastern Sichuan Basin, also became more complex and diverse after the Ming (1368-1644A.D) and the Qing (1636-1912A.D) Dynasties, with the impact resulting from immigrates.

The watchtowers in Sichuan Basin were born in need for warfare in ancient times. They got further development under the jurisdiction of the unified Chinese dynasties of the Qin (221-206 B.C) and the Han (202 BC–9 AD; 25 AD–220 AD). 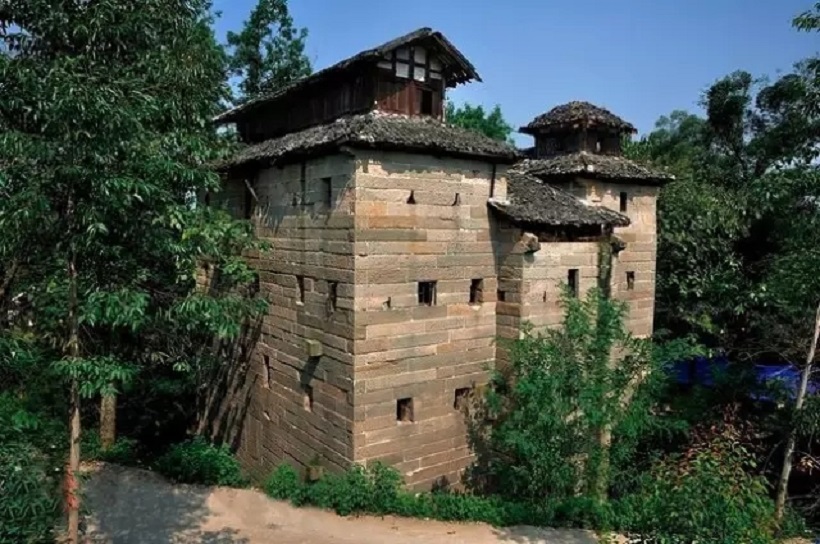 Watchtowers are usually located at the corner of the walls.

There already have been watchtower-like multi-story buildings since the Qin Dynasty. They are always located at the corners of the city walls. Their functions, layouts, space design, and appearances are all similar to today’s watchtowers. Zhang Yi, a famous strategist and diplomat of the Warring States Period (475–221B.C), introduced them into the region of nowadays Sichuan and Chongqing after Qin State conquered it.

During the Han Dynasty (206B.C–220A.D), the watchtower became part of the housing facilities in large courtyards. It stood on one side of the building, becoming a typical example for the present study and research on the location of diaolou.

From the early 3rd Century to the end of the 6th Century, wars and strife were going on in China. Powerful landowners began to construct massive castle-style fortified buildings with defensive facilities, known as wu (in Chinese: 坞). They were important barriers to self-protection in chaos. This kind of buildings soon spread to southern China as the northerners moved southward.

In the Tang Dynasty (618–907A.D), the architectural form of watchtowers was widespread in the Sichuan Basin.

During the Song (960-1279A.D) and the Yuan Dynasties (1271–1368A.D), castles scattered throughout Sichuan had the function to resist the Mongol Army. As a crucial military building, the number of watchtowers significantly increased.

Historically speaking, there were two waves of migrants from northern China to the south. One was at the end of the Western Jin Dynasty (265–316A.D), and the other was after the Jingkang Incident which caused the demise of the Northern Song Dynasty (960–1127A.D). These migrants also brought the architecture southward. 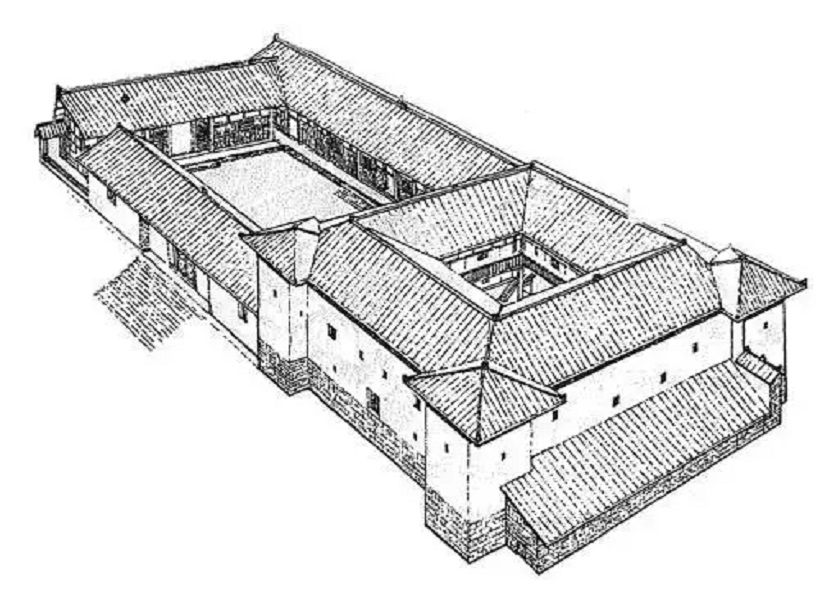 Architectural sketching of a Chinese house with watchtowers in Fuling District, Chongqing

Hakka walled villages in Jiangxi, Fujian, and Guangdong all directly inherited the forms of traditional fortified buildings. This kind of buildings also took root in Sichuan with the migration, most of which was from Jiangxi.

Different from most of the traditional Chinese architectures, for adapting to the complex topography and landforms in Sichuan Basin, the buildings here usually do not follow the standard style. The buildings here commonly take bluestones as the foundation, rammed earth as the wall, and plain tiles as eaves. 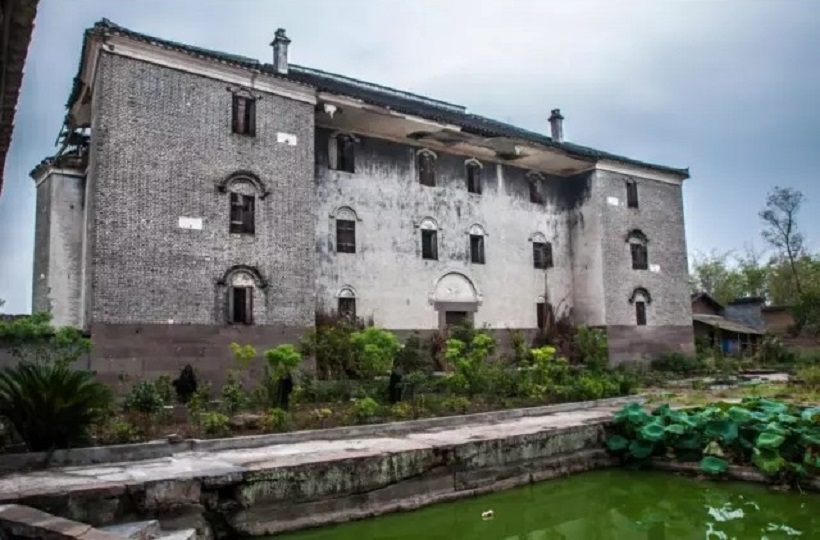 A diaolou with western-featured arch windows

There were more than 1,000 watchtowers once scattered in the towns and villages around Chongqing city. However, most of them have now collapsed for lack of proper maintenance.

More than ten watchtowers still stand in Fengsheng Ancient Town and its surrounding areas in Banan District. Most of their construction times are in the Qing Dynasty (1644–1911A.D). This rare watch tower cluster, standing for hundreds of years, are more than precious.