He Changzhu, the Fastest Fingernail Calligrapher in the World

Retiring for 18 years, He Changzhu immersed herself in the world of hard-tipped pen calligraphy in her later years. The old lady astonishes all people familiar with her because she writes with fingernails of her right hand. As of this year, her calligraphy works have exceeded 100. Meanwhile, the Yunyang County Cultural Center collected her works and presented them as intangible cultural heritage of the county. According to the local cultural department, she is the originator of nail calligraphy in Chongqing.

She performs the skills of nail calligraphy in front of us.

Grandma He first flattens the rice paper. Then, she puts a sponge into the ink cartridge made of a discarded moisturizer bottle. Afterward, Grandma, He pours the ink into it. Grandma He extends her right hand to show her unique “calligraphy pens”—five fingers. Her fingernails are different in length. Meanwhile, the fingernail of the index finger is the longest with an approximate length of four centimeters. In terms of diversified shapes, some nails are specially trimmed to be concave, and some are curved. 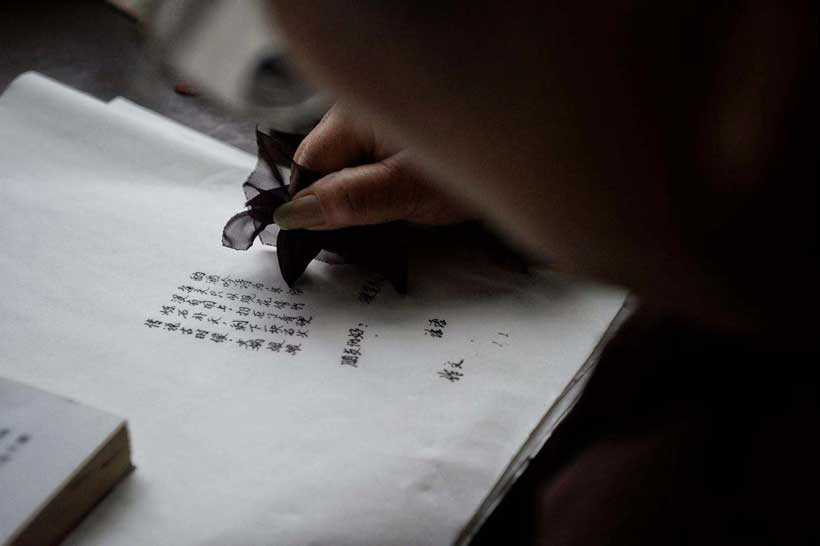 She is writing by her fingernail

According to her introduction, the right thumb is good at writing big characters. In the meantime, the little finger is skillful for writing small characters, even those with the size of rice. The index finger is the most commonly used finger and the most useful one, suitable for writing regular-size characters. Then, she takes off the fiber cloth that is drying on the coat hanger, wraps it on her right index finger. In addition, she ties it with the rubber band, making the finger look like wearing a skirt.

She then begins to concentrate on her creation. Her right index finger is perpendicular to the rice paper on the table, and the fingernail slides quickly, like dancing on the paper. The strength and speed of the finger vary with her interest. Only she knows the fun and delight during the process.

He Changzhu is 73 years old this year. Before she retired, she was a technical engineer of the Yunyang Bureau of Culture, Radio, TV, Film, Press, and Publication. Since her retirement, there have been more than a thousand drafts of practicing nail calligraphy and hundreds of finished works. She only writes domestic classics. Up to now, her works have been spread to Shanghai, Beijing, Zhejiang, Anhui, Hubei, etc., and have been regarded as folk art collections. 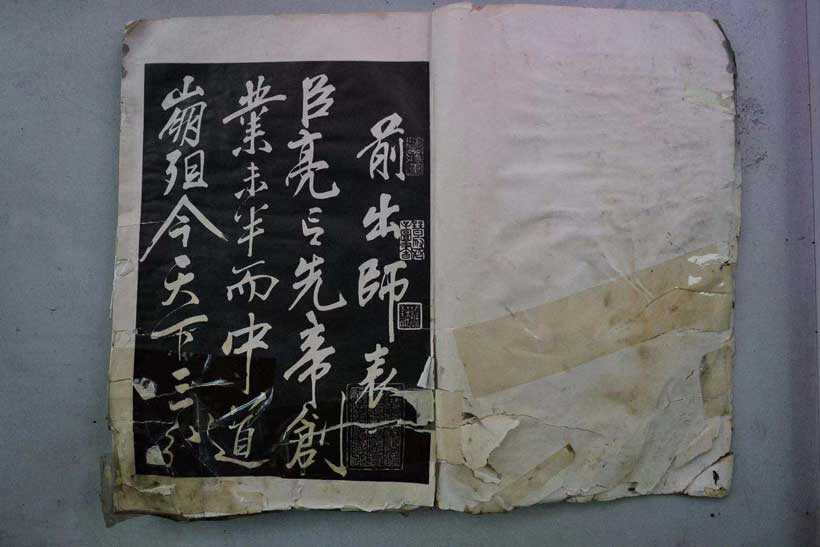 We have learned from the Yunyang County Government that He Changzhu had gained three certificates for Number One in the world issued by the Hong Kong-based World Record Association, and we are lucky enough to see these certificates with red covers in her bookcase.