Chongqing – Old architectures like residential buildings, granaries, and discarded factories you were passing by may know the history of this city.

The traditional landscape of Chongqing formed before modern times. The architecture styling is column-and-tie wooden construction, streets, and galleries along slopes, and stilted balconies. They all represent the conventional features of Chongqing of nestling among hills, depending on the terrains, and randomly shaping.

The courtyard of Baoshan Temple

Architectural features: Built in the Qing Dynasty, it is of column-and-tie wooden construction with courtyard layout. The shape and structure are unique for utilizing the local conditions and leaning the mountains. It is a typical case for studying the Taoist temple in Chongqing.

Architectural features: Initially built in the Qing Dynasty, the building is of wood and brick material in column-and-tie construction. In the layout of quadrangle dwellings with one entry, it has three layers of the external gallery and a splayed gate. Built by the notable family of Wang, it is a typical representative of manor architecture of the southeastern regions of Chongqing. 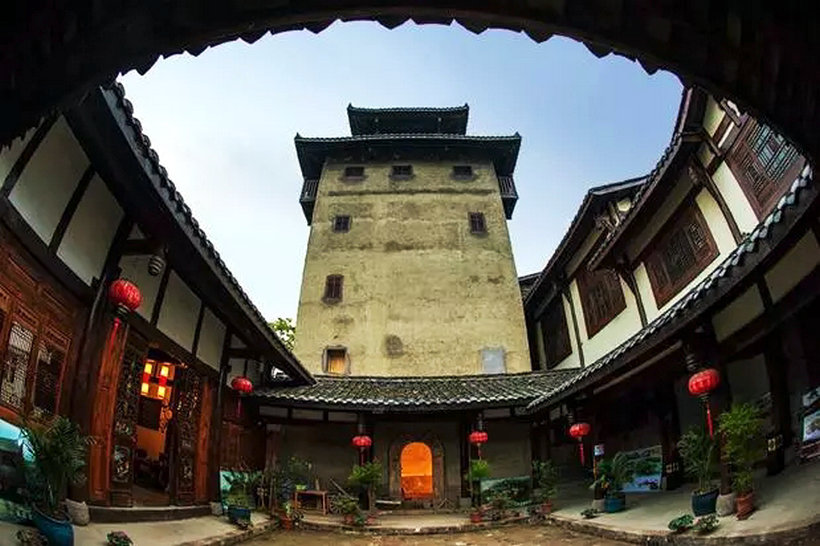 Architectural features: built in the early 20th Century, the wood-structured building has an overhung gable-end roof and a watchtower. Liu Zhushan, an enlightened celebrity of Fengsheng Town, organized its construction. It was the site of the Trade Association of the town in the old days.

Formed in the period from the late 19th Century to the early 20th Century, these buildings were utilized as customhouses, foreign firms, military camps, and churches. They combined Western style and Chongqing’s mountain environment and architectural culture. The eclecticism architectural style of modern time serves as the embodiment of Chinese and Western element combination.

Architectural features: The warehouse, built in the 1890s, features a brick-wood structure and exquisite masonry and decoration techniques. It was a rice-stacking site for rice merchants at Rice Market Street. Now, it is the evidence to commercial storage buildings at the inception of Chongqing as a city and open port.

Architectural features: Built in the early 20th Century, the portal features brick structure. It also has a bay between two columns with splayed walls on both sides and decorated with distinctive brick and stone carvings. The central-facade portal top rises up with the sidewalls descending in a curved shape. And all columns are sticking above the front wall. It is a typical combination of the Chongqing local and the Western architectural cultures.

The site of Rice Warehouse 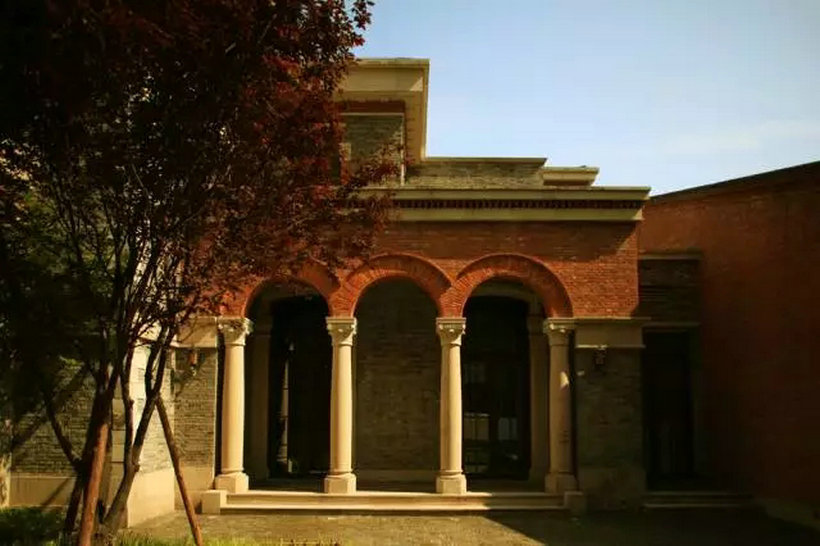 The site of Rice Warehouse