When speaking of the modern history of Chongqing, the nowadays Nanbin Road is a place that cannot be missed. In 1891, Chongqing opened as a treaty port, and Chongqing Customs was set up here, which was the first one in inland China.

Nowadays, in addition to the spectacular panorama of Yuzhong Penisula that you can enjoy from Nanbin Road, there are still many old buildings hidden alongside this riverside road, being the witness of the modern history of this city. 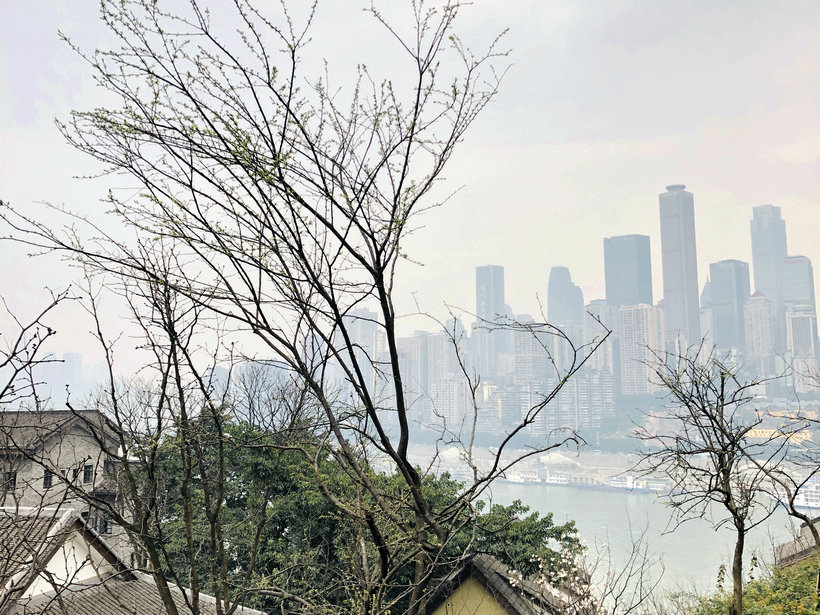 Vista in early spring of skyscrapers in Yuzhong Penisula

Here is a tour guide to the old buildings of over one century ago alongside Nanbin Road.

Recommended visiting time: Half a day

Must-sees along the route

Wall painting and statues of the history of Chongqing opening as a treaty port.

Longmenhao Old Street is located in the central section of Nanbin Road. Facing the Yangtze River. it is the largest and well-preserved historical street of the urban area of Chongqing.

The old port was nearby this place, so when Chongqing has opened as a treaty port over one hundred years ago, a lot of foreigners gathered here and established many trading houses, known as yanghang in Chinese. There are many still existing in Longmenhao, and some of these old buildings are now open to the public after restoration. 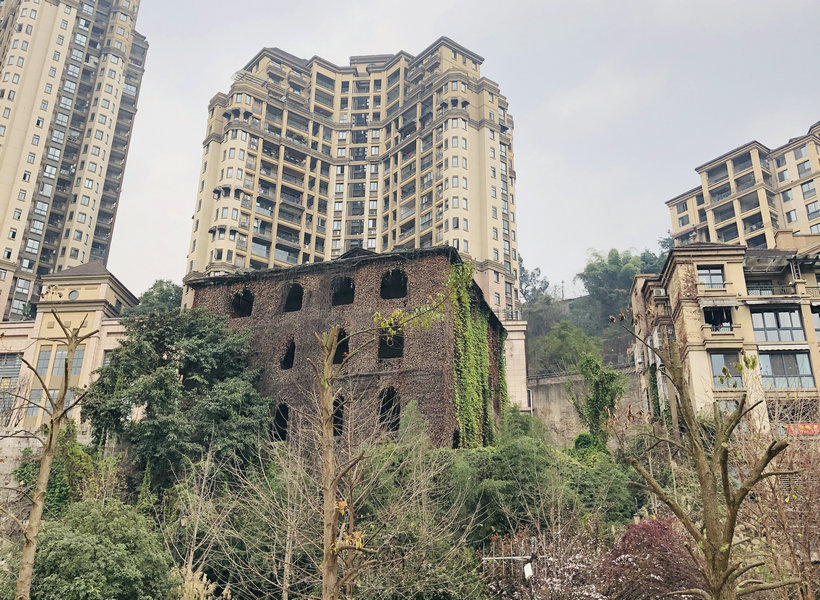 This western building full of Boston ivy is the site of the British Brunner Mond Trading House, a predecessor of the ICI Group, which is a famous chemical company. Now, it still awaits restoration and it is not open to the public yet.

The rice warehouse, built in the 1890s, features a brick-wood structure and exquisite masonry and decoration techniques. It was a rice-stacking site for rice merchants. Now, it is the evidence to commercial storage buildings at the inception of Chongqing as an open port.

We can also find a lot of western architectural features in this house. For example, the columns, the mosaic windows, the arch-shaped portal, etc. Meanwhile, there are two Chinese guardian lion statues at the main entrance, which is quite interesting. 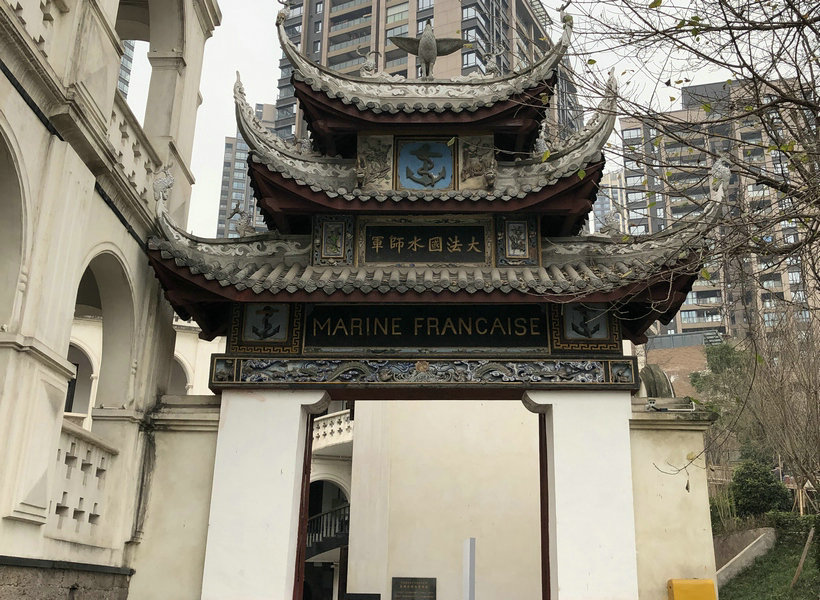 According to the inscriptions on the stone tablet, this complex was the site of French navy barracks and constructed in 1903. After the restoration, it is now a public space for arts and leisure. 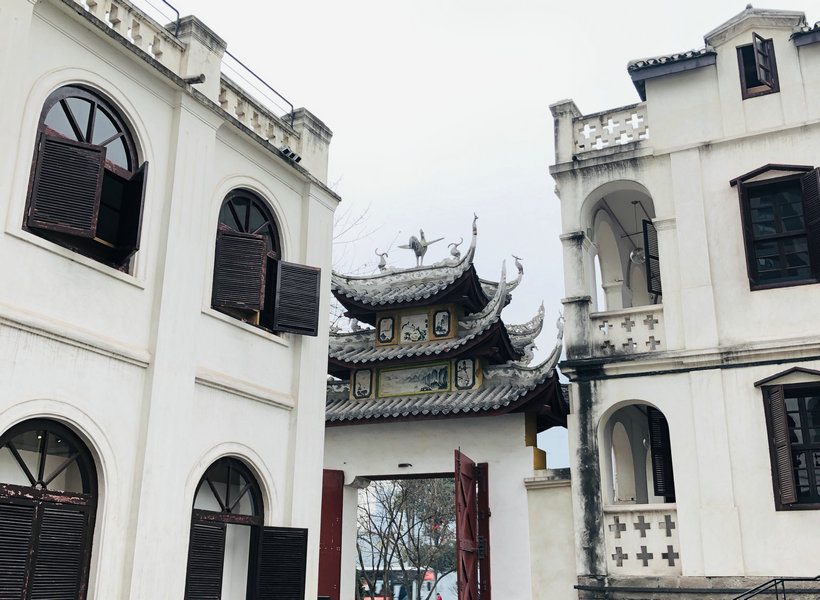 View from the patio of French navy barracks site

Besides the western architectural style, the Chinese paifang at the entrance is particularly interesting. We can find the French words on it with Chinese translation above. Also, there are anchor images and an eastern style Gallic rooster statue at the top, which is not usual in ancient Chinese architecture.