The Geological History of Chongqing

Let’s get closer to the “previous and present lives” of Chongqing’s mountain terrain and feel the harmonious coexistence between man and nature from the perspective of geological evolution.

Chongqing lies on the Yangtze landmass, bordering the Qinling-Dabie orogenic belt to the north. Its basement dated back to Archean 2.5 billion years ago. The Jinning Movement 800-850 million years ago left Chongqing with a uniform landmass basement.

Starting from Sinian 635 million years ago, to Cambrian, Ordovician, and Silurian 420 million years ago, the first large-scale transgression in the area placed it in a mainly marine environment. In mid-Silurian, the crust was uplifted in the Caledonian tectonic movement, and most of the area became denuded old land in this uplifting process. 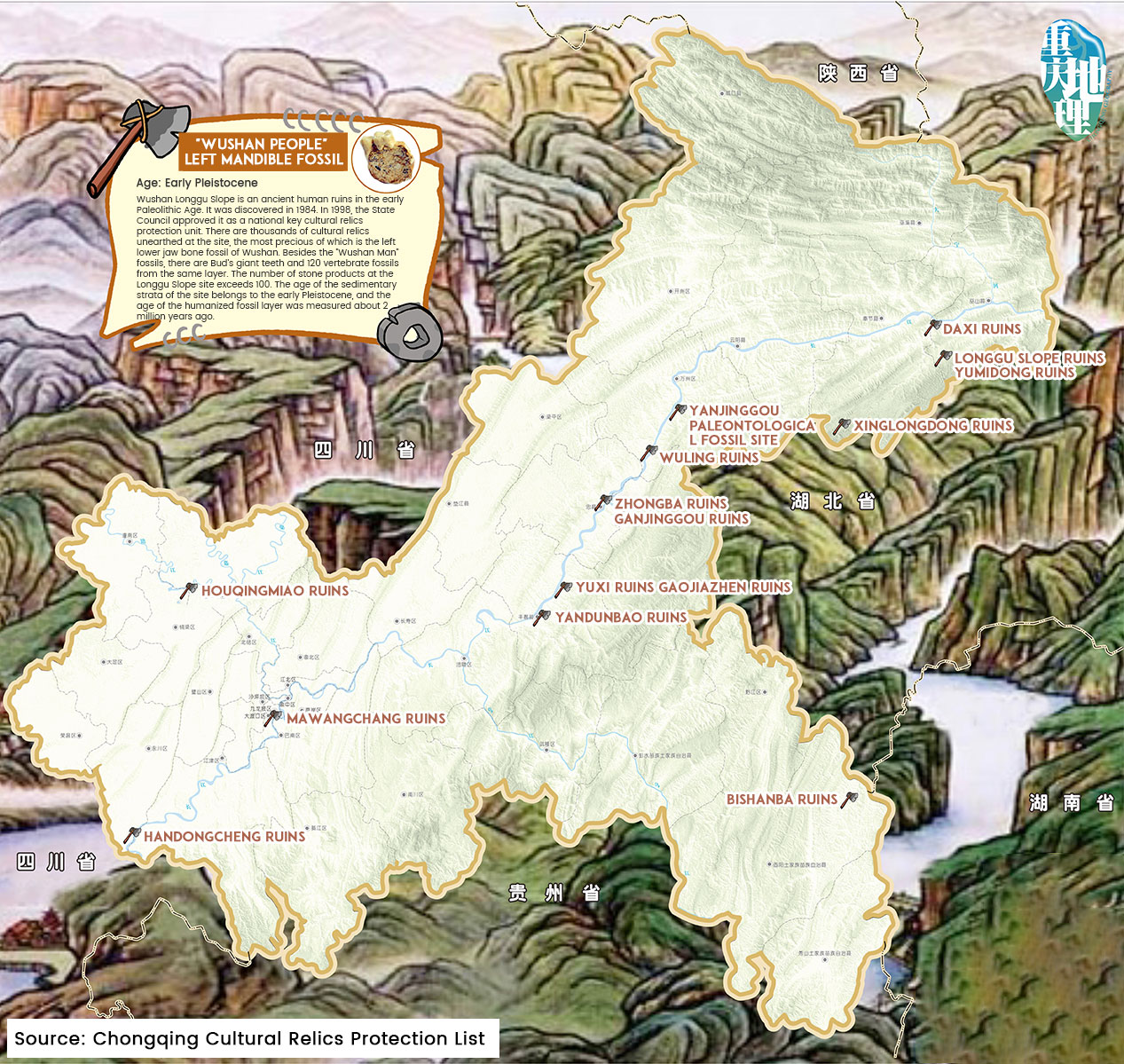 The Map of Ancient Sites in Chongqing (Prehistory) shows the prehistoric sites found in Chongqing.

Beginning in the early Permian 299 million years ago, seawater flooded the area again on a large scale, submerging most of it. This was the second transgression in Chongqing—on a larger scale.

In Late Triassic, about 205 million years ago, the Indosinian movement raised the edge of the Sichuan basin, making it mountain ranges and creating an inland lake in the middle. The Chongqing area ended its history of marine deposit and began to enter the stage of continental basin sediment.

During the 140 million years from the Jurassic period 201 million years ago to the Cretaceous period 66 million years ago, an inland basin environment was formed in the Chongqing area. In the Yanshan movement, the newborn Sichuan basin entered the stage of multi-directional compression, deformation, and transformation. Dinosaurs, a reptile, dominated this period.

The Chongqing area was a veritable Jurassic Park in the east, home to well-known Mamenchisaurus Hochuanensis, Yangchuanosaurus Magus, and Chungkingosaurus Jiangbeiensis. Recently, a world-class dinosaur fossil area was discovered in Pu’an, Yunyang County. 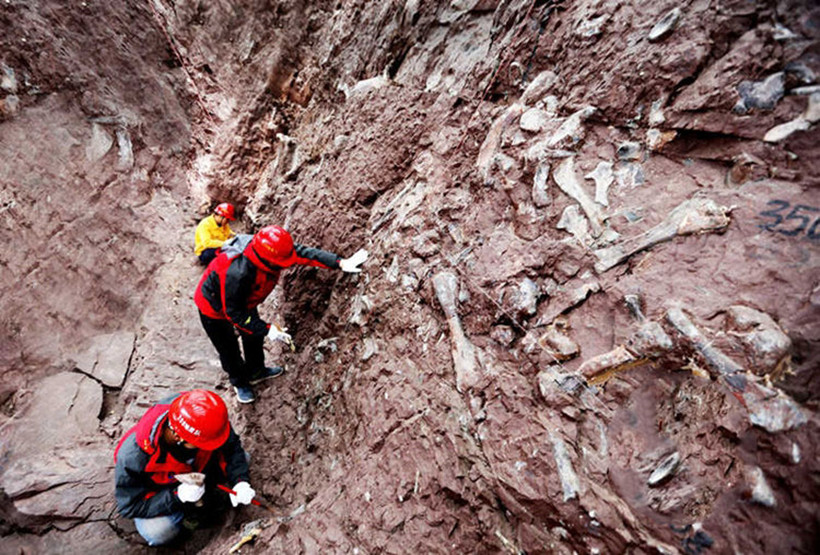 The site of the dinosaur fossil

The Himalayan movement was the most important Cenozoic tectonic movement in the Chongqing area after the Cenozoic era 66 million years ago. A series of NNE-extending barrier anticline mountains were formed in the central and western parts of Chongqing, and a series of NE- and NEE-extending barrier mountain ranges were formed in the southeast. The north section of the parallel ridge valley in the middle and the Dabashan thrust belt combined in northeast Chongqing, forming a west-facing trumpet-shaped arc structure. The Huayingshan broom structure was formed in the urban areas, and the four mountain ranges—Jinyun Mountain, Zhongliangshan Mountain, Tongluo Mountain, and Mingyue Mountain—rose.

About 2 million years ago, the east and west ancient Yangtze Rivers converged, forming the world-famous Three Gorges of the Yangtze River—the raging torrents now flew eastward into the sea. It was then that Chongqing’s landform developed into what it is today.

About 2.2 million years ago, ancient humans began to thrive in the Chongqing area, marking the start of the first chapter of Chongqing’s human history.