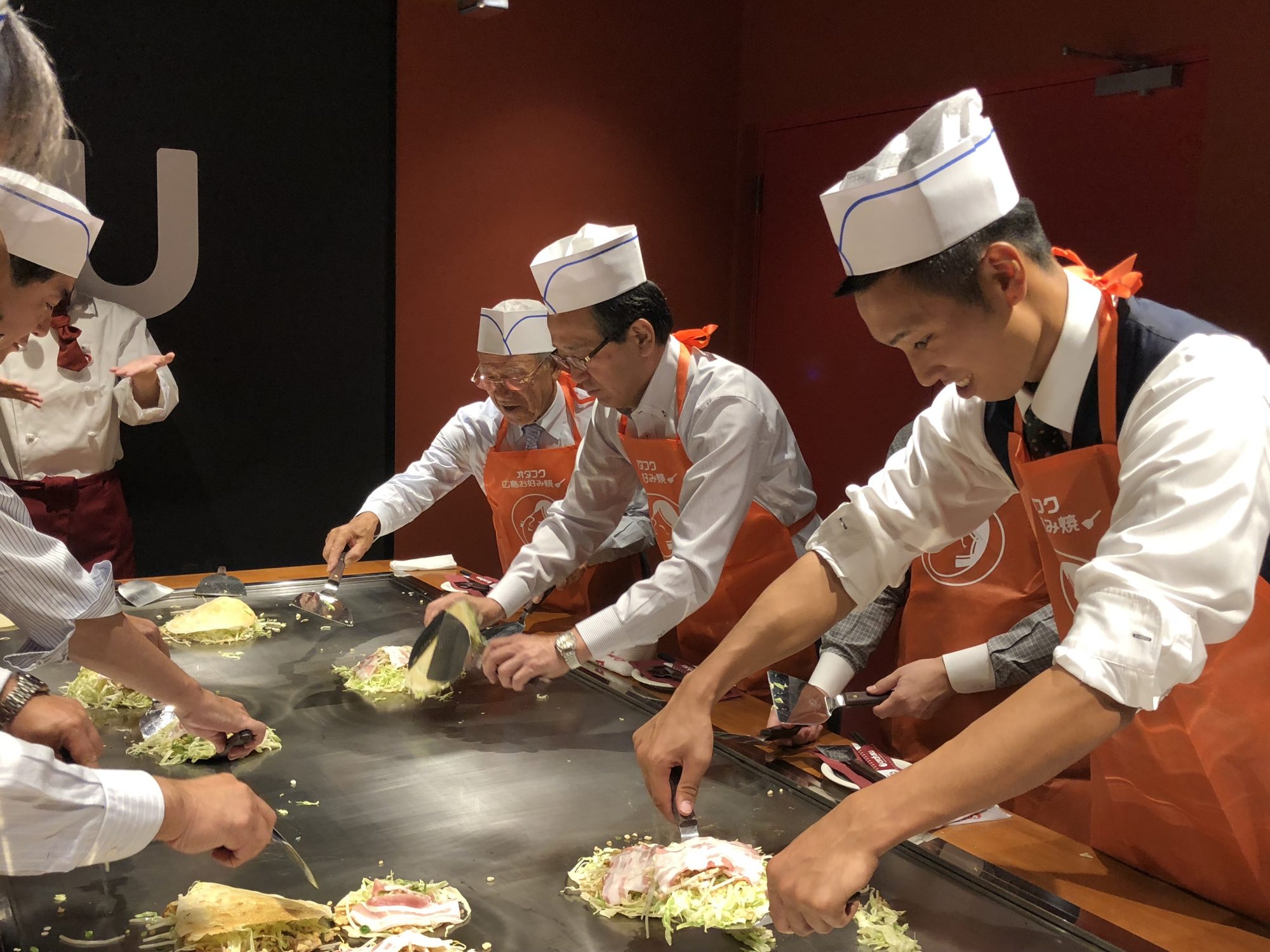 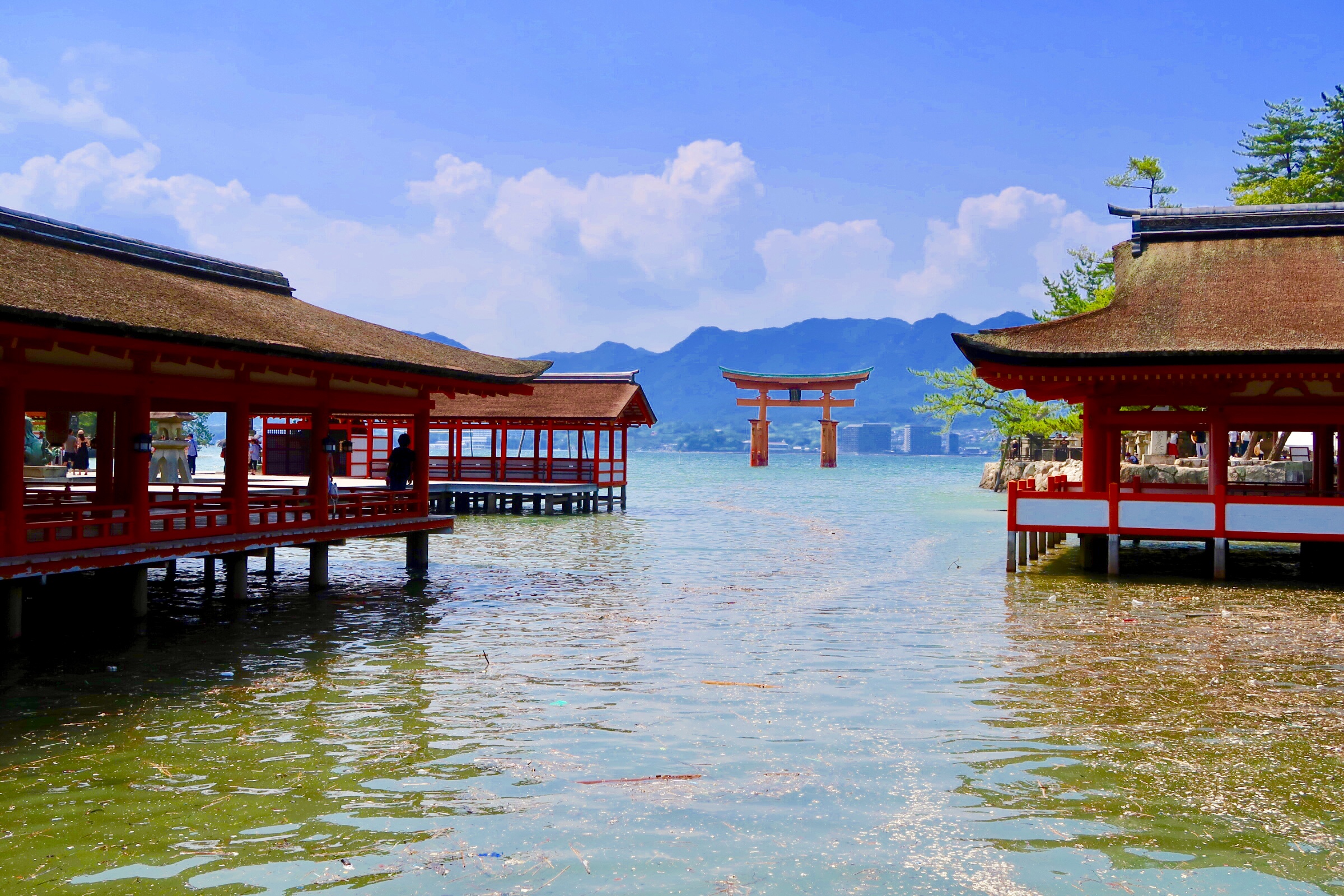 I. Introduction to Hiroshima

Hiroshima was established on the coastline of the Seto Inland Sea in the southwest of Honshu Island in 1589. This time-honored city has an area of 905 square kilometers and a population of about 1.2 million, with jurisdiction over eight districts of Naka-Ku, Higashi, Minami-Ku, Nishi, Asaminami, Asakita-Ku, Aki-Ku, and Saeki-Ku. Its incumbent mayor is Kazumi Matsui.

Hiroshima is rich in seas, mountains, and other natural resources, and enjoys thriving agriculture and fisheries. Hiroshima Port is formed due to the connections to Matsuyama. Notably, Hiroshima enjoys the laudatory title of a miniature Japan. Hiroshima also has a strong manufacturing and retail industries. Mazda Motor Corporation is right headquartered here. Now, Hiroshima has grown into the largest city in western Honshu Island’s Chugoku region, and one of the most famous industrial cities in western Japan. Most Japanese manufacturing companies are headquartered here, so Hiroshima metropolitan area has been formed. Besides, Hiroshima Atomic Bomb Dome was listed as a UNESCO World Heritage site. In addition to Chongqing, Hiroshima has established sister-city relations with Hawaii of the United States, Daegu of South Korea, Montreal of Canada, Hannover of Germany, and Volgograd of Russia.

Chongqing and Hiroshima have conducted extensive and fruitful exchanges and cooperation in economy, science and technology, education, culture, environmental protection, talent, and other aspects. From 2001 when Hiroshima designated October 23 (The two cities established sister-city relations on the day) as “Chongqing Day”, Hiroshima started to hold a series of activities on the day every year to promote Chongqing among its people.

China-Japan Acid Rain Research Center was established in Chongqing in 1993. Hiroshima offered advanced apparatus and sent technicians to Chongqing for guidance. Meanwhile, technicians from Chongqing also visited Hiroshima to accept training. The two cities have been collaborating in protecting metal from acid rain-caused corrosion and rusting, of which the research results are widely used in automobiles, motors, and outdoor public facilities. Every two years, Chongqing sends technicians engaging in environmental protection (for example, in 2016 and 2018) and municipal administration to study in Hiroshima.

Chongqing-based Chang’an Automobile and Hiroshima-based Mazda Motor Corporation co-founded Chang’an Ford Mazda Automobile in 2006, which has grown into a modern automotive enterprise with a total production capacity of more than 2 million units and cross-regional and multi-brand production and management capabilities. Mazda2 and Mazda3, produced by the enterprise, are well-received in Chongqing.

Research students in automobile repair, industry, environmental protection, medical care, and agriculture from Chongqing have studied in Hiroshima. Relevant departments of Hiroshima greatly supported the early preparation for the construction of the Chongqing Rail Transit.

Performance teams and artists often visit and perform in the other city. Chongqing TV Station and Hiroshima Telecasting established a sister TV station relationship. They conducted mutual visits, exchanged programs, and produced programs to introduce the other city.

Hiroshima holds the International Youth Conference for Peace in the Future (IYCPF) every other year, and since 2006, it has welcomed participants from Chongqing. In 2010, IYCPF was held in Chongqing, and young people from Japan, South Korea, Russia, and other countries came to communicate with and learn from each other.

From 1985, sports teams of the two cities paid many mutual visits and participated in friendly matches in football, volleyball, basketball, table tennis, badminton, judo, and swimming. Chongqing invited an Olympic gold medal winner from Hiroshima to coach the women’s judo team. The two cities formed a group to compete in the table tennis match between Chinese and Japanese sister cities held in Beijing and a visiting group for Beijing Asian Games.

5. Friendly Exchanges in Other Fields

In agriculture, Chongqing and Hiroshima gave vegetable seedlings to the other, to grow appropriate, fresh, and quality vegetables. To show the friendship, Chongqing helped Hiroshima build a Chinese-style garden, while it set up a Japanese garden supported by the sister city. In 2011, Hiroshima participated in the 8th China International Garden Expo and established the 1,000-square-meter Hiroshima Garden.

From 1998, Chongqing sends one person every year to Hiroshima Prefectural Government for international communication. They, in contact with residents, played a great role in promoting non-governmental exchange and deepening Hiroshima people’s understanding of Chongqing (The project has been discontinued for financial reasons).