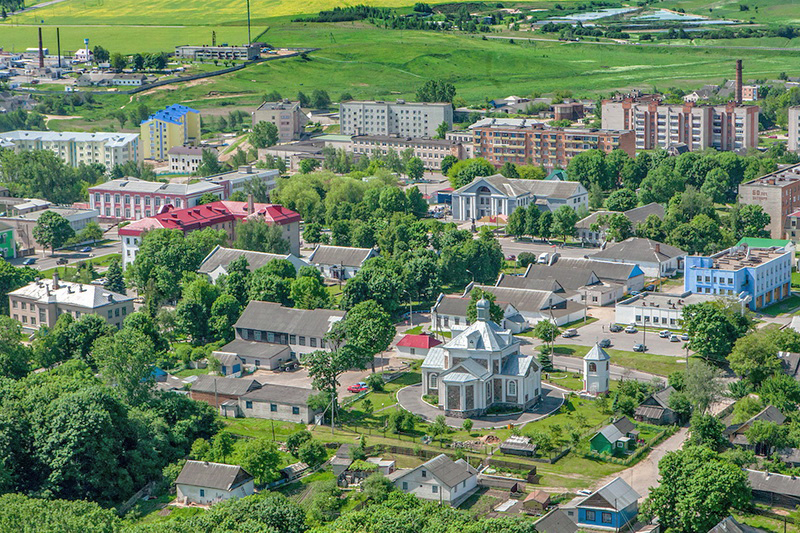 Belarus is located in the inland of Europe, and it is an important node country along the Belt and Road between China and Europe. Belarus actively responded to the Belt and Road Initiative, connected its economic development strategy with the BRI, and successively implemented a number of joint construction and cooperation projects, with positive results. Minsk State is located in the middle of Belarus, with the capital of Belarus, and is the largest area in the provincial administrative divisions of Belarus, with the most developed industrial and agricultural economy. In 2017, Chongqing entered into a friendship city-state relationship with Minsk.

In March 2016, with the help of the European and African Affairs Office of the Overseas Chinese Affairs Office, Wanzhou contacted the Foreign Affairs Department of the Minsk State Executive Committee of Belarus. At that time, Chongqing was preparing to establish a friendship city-state relationship with Minsk State. When Wanzhou proposed that Wanzhou District wanted to carry out friendly exchange activities with a district of Minsk State to deepen the friendly cooperation between Chongqing and Minsk State, they were very happy and recommended Kapyl District of Minsk State. Since then, Wanzhou District began to make exchanges with Kapyl District.

In May 2016, at the invitation of the Vice Chairman of Minsk State Executive Committee of Belarus, Li Qingli, Director of the Standing Committee of Wanzhou District People’s Congress, led a delegation to pay a friendly visit to Minsk State and Kapyl District of Belarus. After full consultation, Director Li Qingli and President Anatoly Linevich signed a memorandum of talks on developing friendship cities relations.

In June 2018, Wanzhou District sent an invitation to Kapyl District, hoping that Kapyl District would send a delegation to attend the opening ceremony of the 9th China Three Gorges International Tourism Festival, and hoping to show the city scenery and natural landscape from Kapyl and share the experience of urban construction and tourism development in the photo exhibition of friendship cities’ scenery held in this tourism festival. At present, Kapyl District has preliminarily agreed to come to Wanzhou to participate in the Tourism Festival, and is also preparing relevant city scenery photo materials to participate in the photo exhibition of friendship cities’ scenery in Wanzhou, so as to enhance mutual understanding and promote cooperation and exchange.

In 2019, at the invitation of the Chairman of the Kapyl District Executive Committee, the Wanzhou District delegation visited Kapyl District together with the delegation of Chongqing Three Gorges University, and held talks with the Kapyl District Executive Committee, the District Council and the heads of economic development, urban construction, cultural tourism, people’s livelihood and other departments and Kapyl National College on a new round of practical cooperation projects, and signed the joint action plan of eight cooperation projects in the four fields of agriculture, industry, tourism and culture and education from 2019 to 2020. Chongqing Three Gorges University and Kapyl National College reached a cooperation agreement to jointly build a cultural exchange center, held a tourism promotion of Magnificent Poetry and Painting – Yangtze River Three Gorges, held a photo exhibition of Wanzhou District in Kapyl Museum Square to exhibit 87 exquisite pictures covering urban scenery, tourist attractions, cultural customs and cooperation and exchanges, visited Slutsk Cheese Products Alliance Co., Ltd., which is building a dairy farm and processing plant in Chongqing, China, inspected the breeding base of the forest farm in Kapyl District, and held consultations on further exchanges and cooperation.