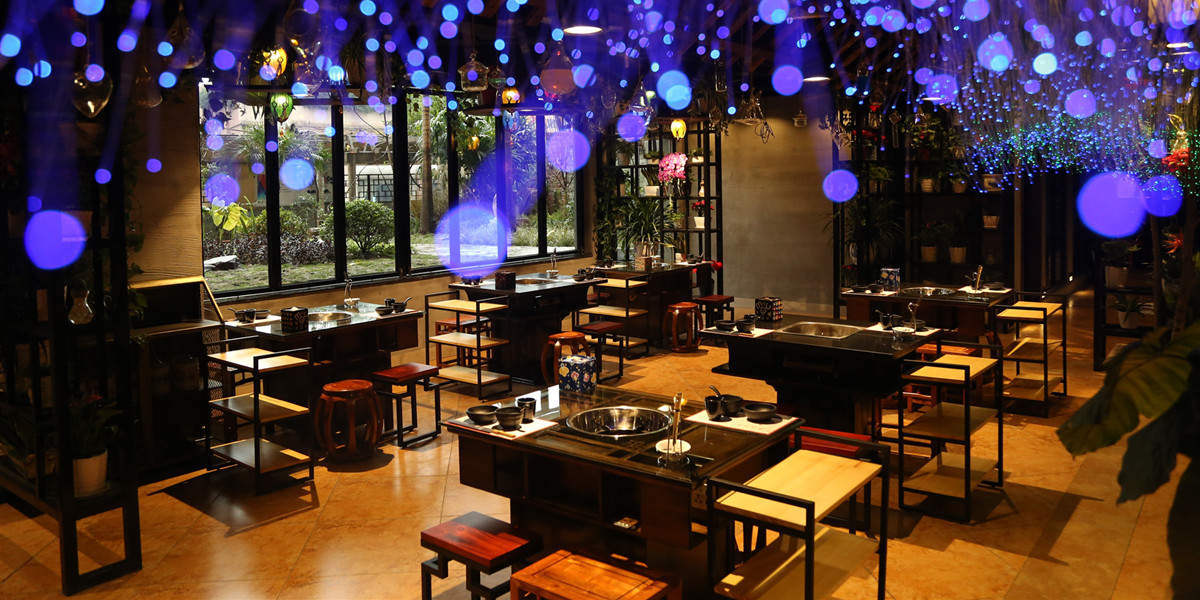 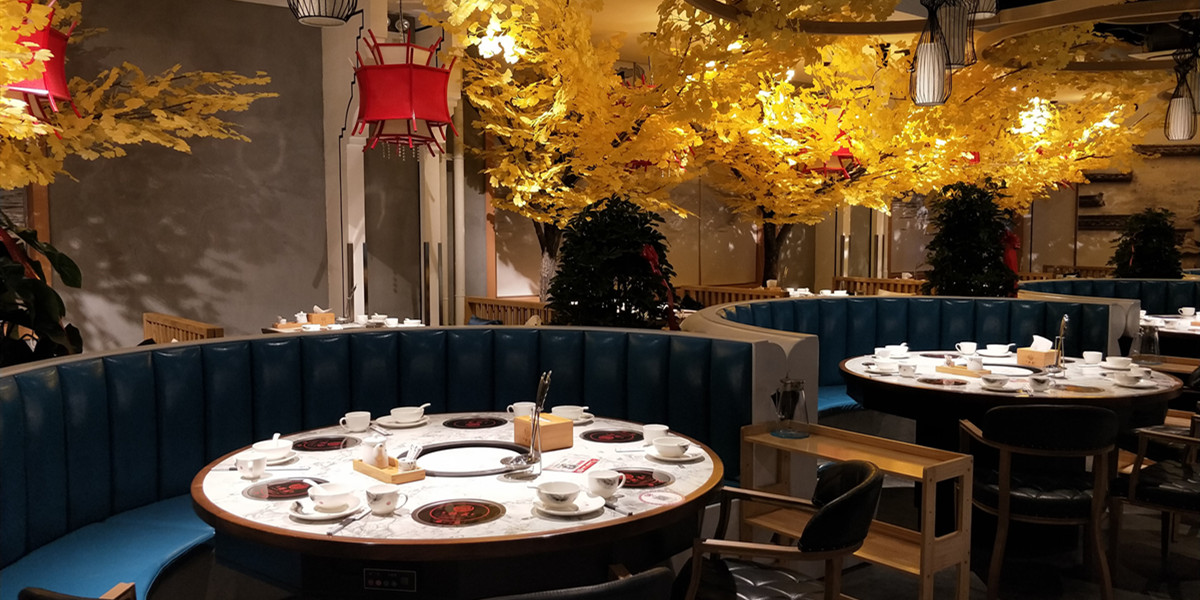 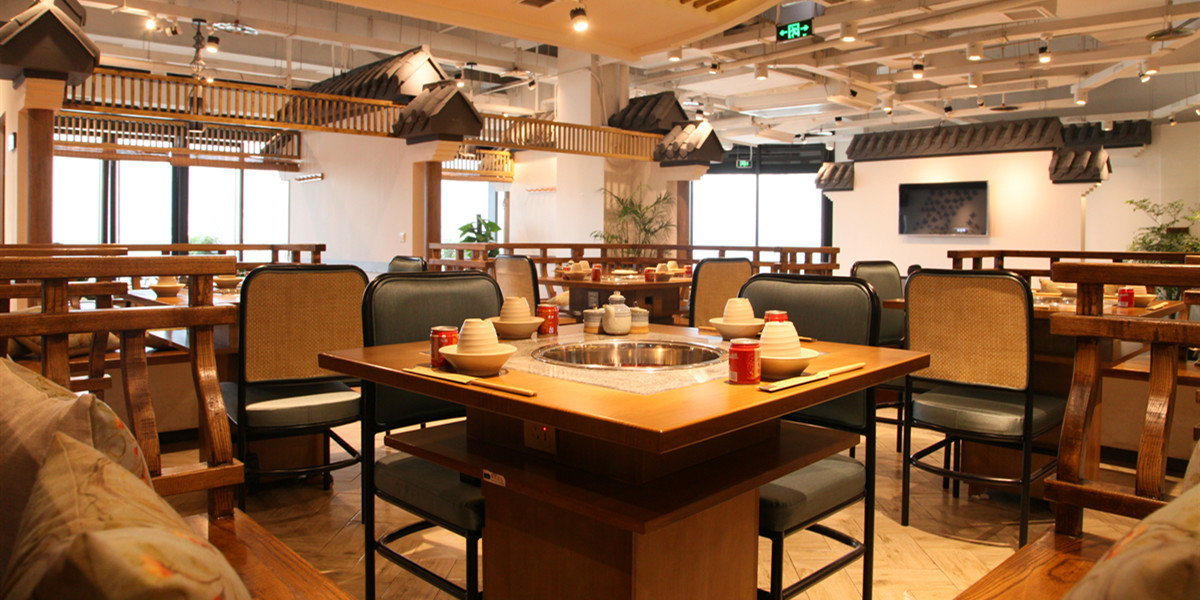 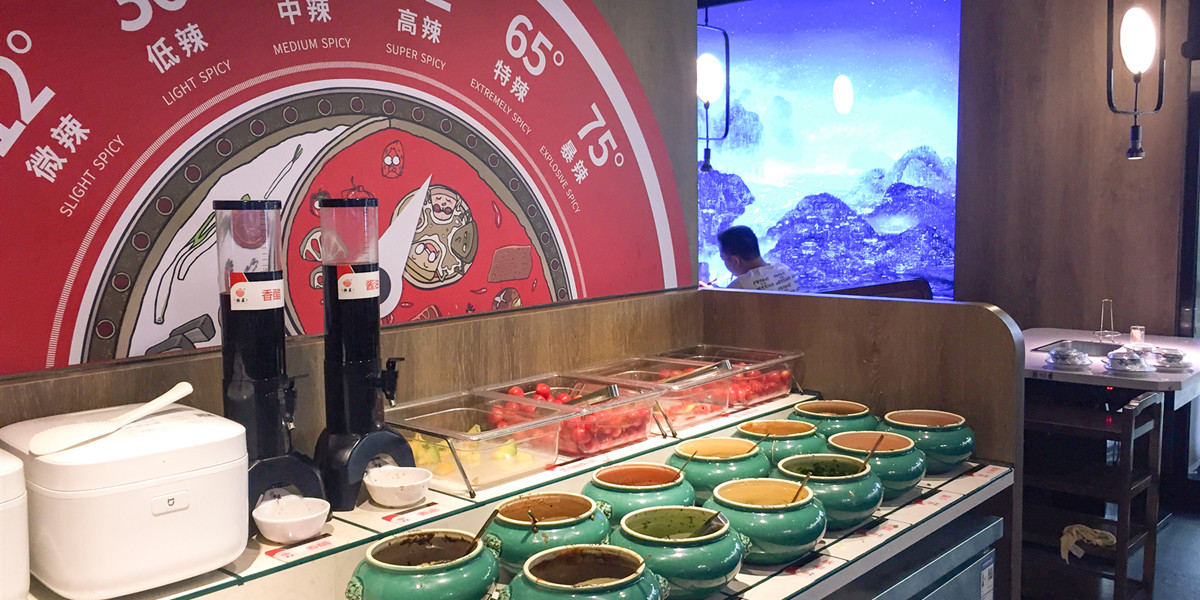 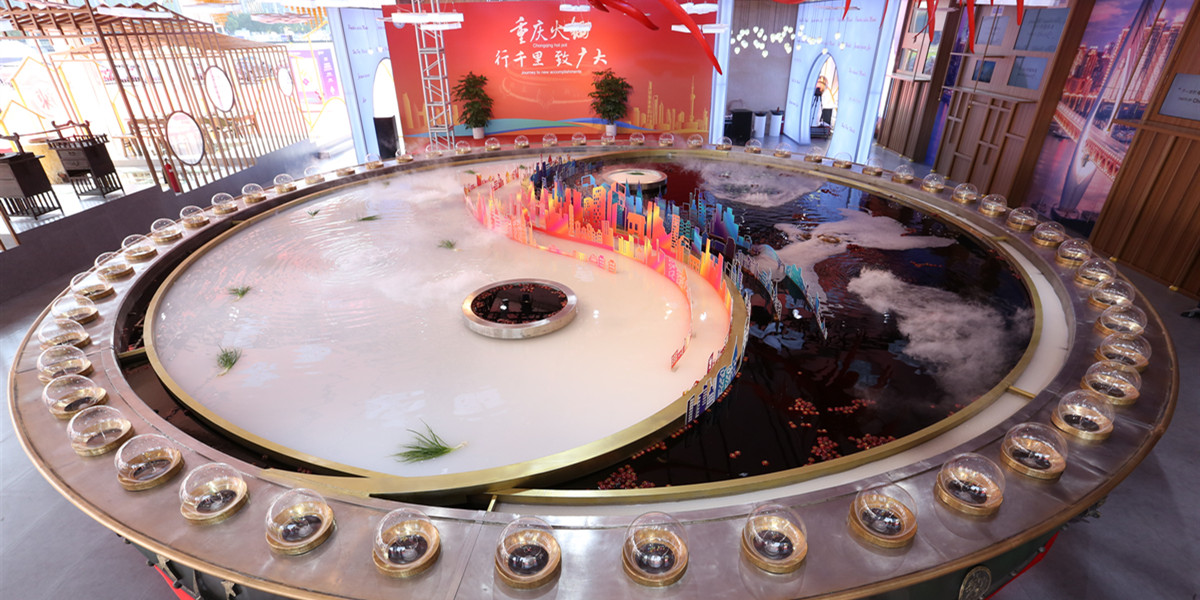 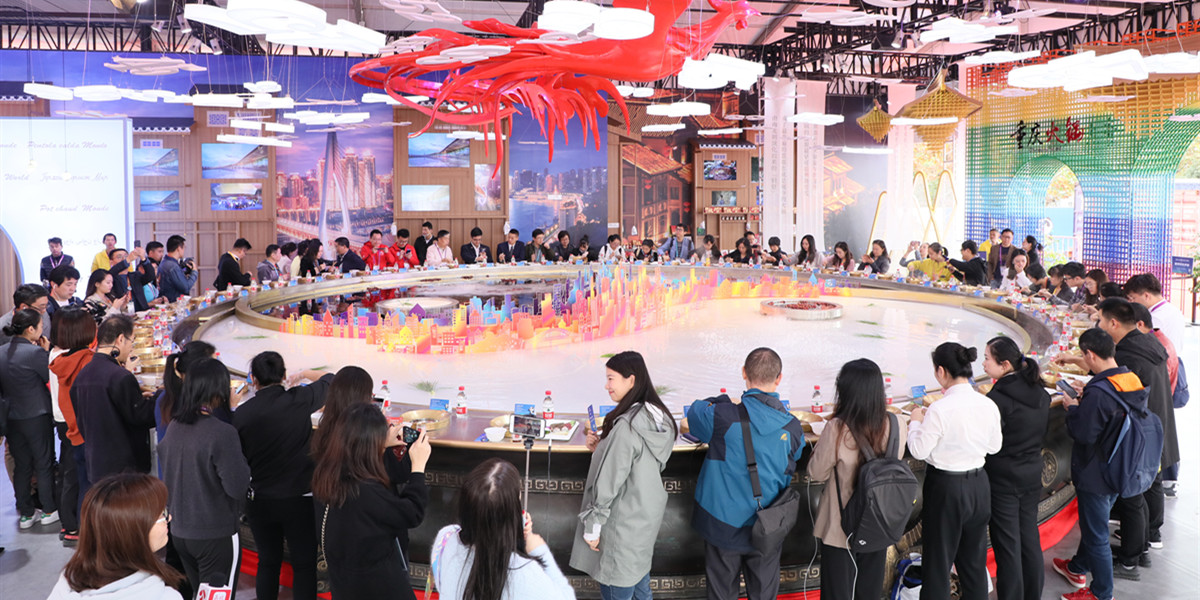 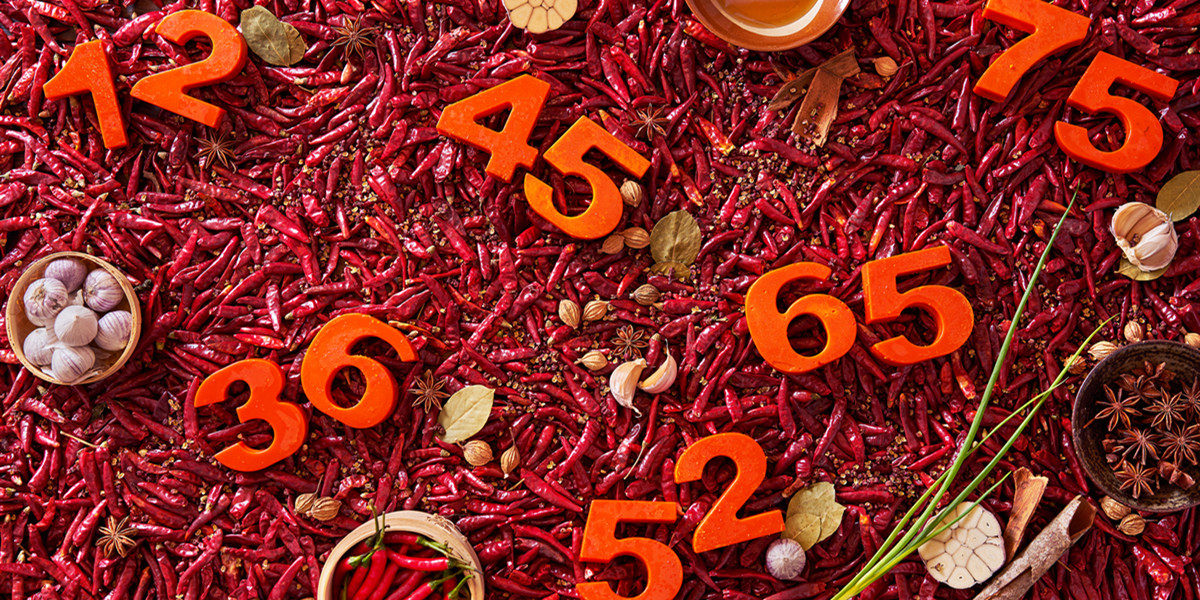 Founded in 1999, Dezhuang Hot Pot has taken the mission to promote the culture of Chongqing hot pot. Meanwhile, Dezhuang Group is a modern private enterprise, which integrates catering, food, scientific research, and other diversified industries.

Dezhuang Group adheres to scientific and technological innovation. In 2000, they developed the biological enzyme tenderizing technology and won the National Commercial Science and Technology Progress Award. Also, they successfully served Dezhuang’s beef omasum (maodu/cattle stomach), which completely solved the safety problem of maodu in the hot pot. Moreover, it took them seven years to develop the Li’s Spicy Degree with a number of patented technologies, unifying the spicy metric standard and became the local standard of Chongqing in 2018. Besides, the group has the largest hot pot in the world.

Dezhuang’s huge hot pot, with a diameter of 10 meters and a height of 1.06 meters, has the Guinness World Records of the world’s largest hot pot. This hot pot uses 20 tons of ingredients and condiments in the broth soup, with a total of 68 little square blocks around it. Since it appears, it was almost full every day. People line up in a queue to taste the taste of the world’s largest hot pot and many visitors are attracted too.

According to the designer of the world ’s largest hot pot, in general, there are about 30 tables (68 people per table) of diners visiting the place where the hot pot appears. Meanwhile, according to data, foodies once ate a total of 9,000 kilograms of maodu, 40,000 pieces of ham sausage, and 125,000 kilograms of vegetables within five days.

In addition, the world’s largest hot pot also appeared in large-scale expos such as the Hot Pot Festival, China International Import Expo, and more, attracting many local people and overseas friends to taste.

What is Li’s Spicy Degree? It is a kind of standard of spiciness. According to the corresponding relationship between the degree of sensory perception and the amount of capsaicin, a quantified value indicating the degree of spicy taste is determined. The commonly used spicy degree is 12 ° is slightly spicy, 36 ° is low-spicy, 45 ° is medium-spicy, 52 ° is high-spicy, 65 ° is very spicy, and 75 ° is extra spicy.

Currently, Chongqing hotpot broth soup is generally divided into slightly spicy, medium spicy, and extra spicy. However, there are differences in the understanding of different chefs, which leads to very different taste perceptions for foodies in different stores of the same brand and the same hotpot broth soup.

Similarly, different regions and different people have different taste perceptions of the same hotpot broth soup. For example, for the medium-spicy hotpot broth soup, Chongqing people feel its taste is regular while those people, from areas where do not accept that spicy, may feel very spicy.

Therefore, only by measuring the spiciness of Chongqing hotpot broth soup in a unified way can consumers easily choose the right degree of spicy and promote Chongqing hot pot better.

After more than seven years, through the consumption data of more than 900 branch restaurants in Dezhuang Hot Pot, the group has successfully served the Li’s Spicy Degree. It is not only limited to hot pot, but all foods containing pepper and chili can also be measured and labeled with a spicy degree label, which is convenient for customers to choose. Dezhuang Li’s Spicy Degree has been carried out in many colleges and universities across China. Li’s Spicy hot pot is highly praised by college students after tasting it. According to them, they can find their own degree of spiciness, which is the most suitable for them, when enjoying Li’s Spicy. They can totally immerse themselves in the world of spiciness and it is safe at the same time, which makes them very surprised.

Li’s spiciness is not only a measure but a healthy and moderate diet concept at the same time. In this way, Dezhuang creates a better and healthier lifestyle.