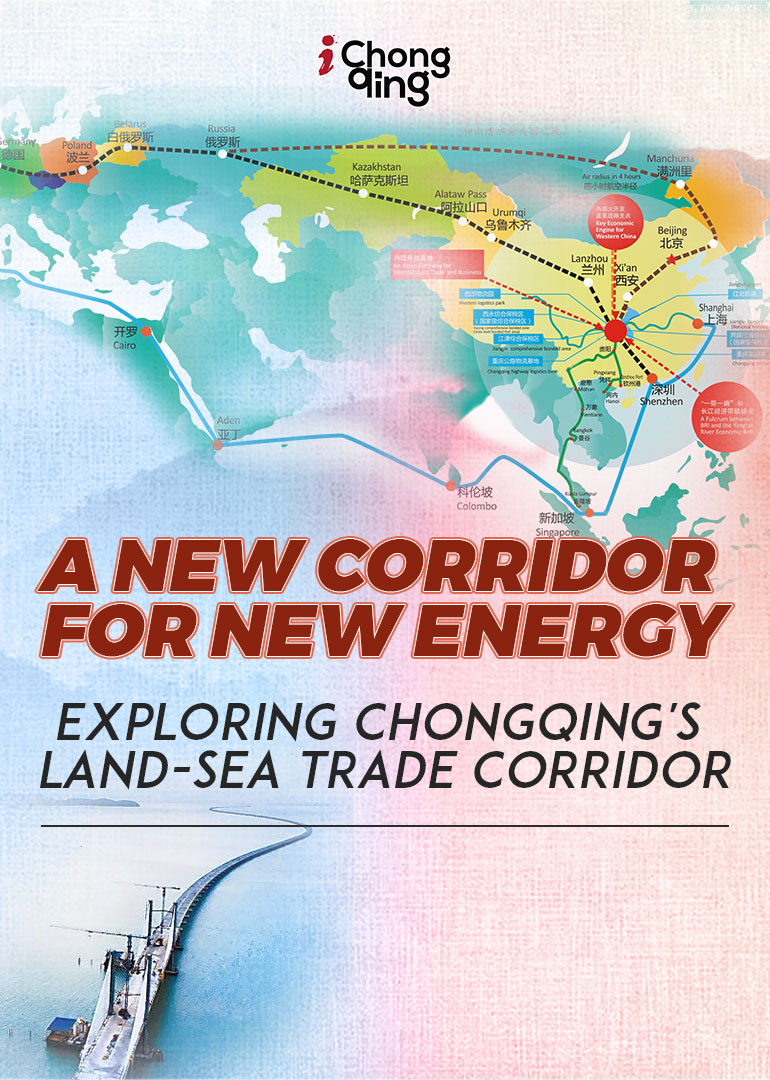 The New International Land and Sea Trade Corridor is a trade and logistics passage built jointly by western Chinese Provinces and several ASEAN countries. This development is providing a significant economic and trade boost to Chongqing, functioning as the central hub linking central- and western China to ports in Guangxi's Beibu Gulf, and a direct rail link to Europe, cutting cargo transportation between China and Europe from nearly a month to around 15 days. The reduced transportation time and increased connectivity to surrounding provinces and regions are having a positive effect on Chongqing's economic development.

One such beneficiary is the Liangjiang New District in Chongqing, a state-level development zone aimed at attracting foreign enterprises and acting as a catalyst to expand China's opening-up policy initiative into the greater western China area. Throughout our episodal show, A New Corridor for New Energy, we will take a closer look at the foreign enterprises established in Chongqing, and find out what it takes to go from an idea, to an established, working company in Chongqing. What are the challenges and opportunities they have faced, and what does the future hold for each of these enterprises?