Chongqing- Chongqing now stands at the forefront of trade pioneering nationwide. What are proud accomplishments that the China (Chongqing) Pilot Free Trade Zone (FTZ) has gained since the FTZ was unveiled four years ago?

The pilot FTZ aims to build an international logistics hub and port highland that serves construction in the Belt and Road initiative and development in the Yangtze River Economic Belt. These have promoted a new pattern for opening up among gateway cities in the western region and the in-depth implementation of development strategies.

Innovation has been a core feature since the FTZ was first unveiled in April 2017, when the establishment of land-based international trade rules become a key target for reform to be explored.

Statistics issued by Chongqing Municipality show that all 151 pilot reform tasks identified in the overall plan for the pilot FTZ have been implemented.

Among these, six reform pilot experiences and good practice cases have been promoted nationally and involve financing settlements based on letters of credit for railway bills of lading. 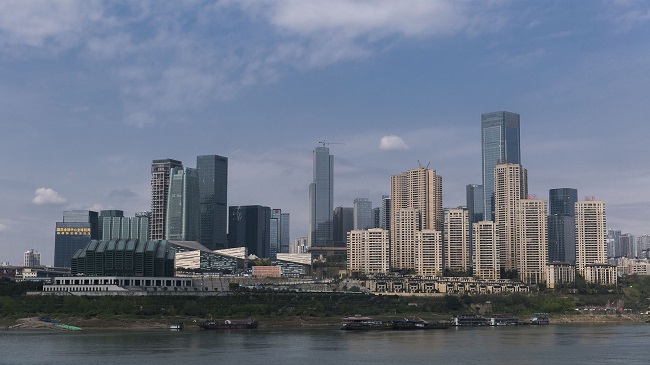 Innovation has been a core feature since the FTZ was first unveiled in April 2017. (iChongqing file photo)