ILSTC Sees a Promising Start in Economy of Scale 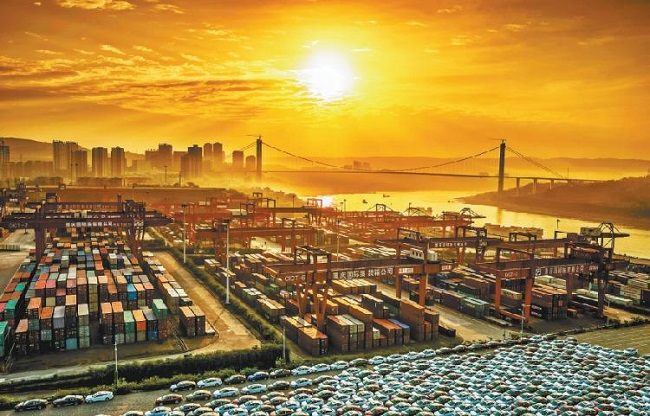 Chongqing saw 743 departures of regular lorries to ASEAN countries via cross-border highway transport, marking an 84% increase. The number of TEUs jumped 84% to 1,672, with the value surging 149% to 417 million yuan.

Besides, there were 410 TEUs carried via international railway transport from Chongqing to Vietnam, up 55%.

In addition, the radiation range of the ILSTC is also expanding rapidly. According to Liu Wei, the person in charge of the logistics and operation organization center of ILSTC, a hub system has formed along ILSTC, with the main urban area (including Jiangjin District) as the central hub, Wanzhou, and Fuling Districts as the supporting hubs, and Qianjiang, Changshou, Hechuan, Qijiang, Yongchuan, and Xiushan as essential nodes.

In the first quarter, a collection and distribution center was built in Suining. Some new trains were launched, including ILSTC trains in Suining, Huaihua-Beibu Gulf Port rail-sea multi-modal trains, and ILSTC trains in Zhangye.