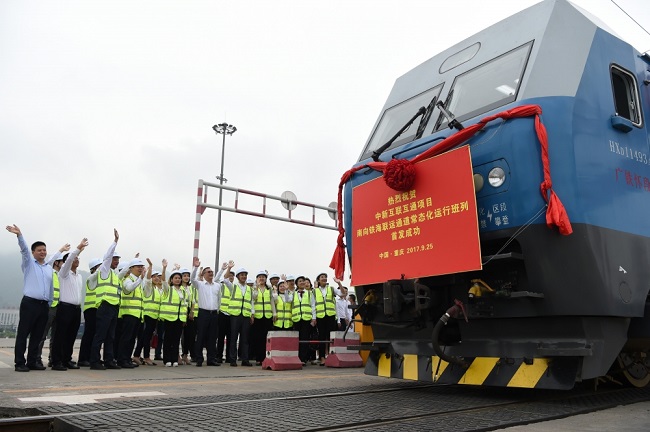 In the document, Chongqing puts forward to increase the volume transported via rail-sea intermodal transport, cross-border through shuttle bus service, and international railway transport by more than 15% over the year.

As stated clearly in the document, the frequency of ILSTC’s three modes of transport will be increased, and the “system of one single bill of lading” for rail-sea intermodal transport will be piloted this year.

Meanwhile, the role of Chongqing as ILSTC’s operation organization center will be maximized to advance the establishment of a public information platform for ILSTC.

Besides, Chongqing will also commence constructing ILSTC’s Chongqing Dry Port Project (Phase I) and other projects.

The third is deepening exchange and cooperation. Chongqing will organize the first ILSTC International Cooperation Forum, ILSTC promotion at home and abroad, and other activities to establish a service platform for trade exchange between en-route countries and enterprises. This is to advance the implementation of more international cooperation projects.

Meanwhile, Chongqing must take the lead in seizing the opportunities presented by the signing of the Regional Comprehensive Economic Partnership (RCEP), strengthen cooperation with emerging markets represented by ASEAN countries, develop new types of trade such as trade in services, and put into practice Chongqing’s plans to deepen economic and trade cooperation with ASEAN.

The fourth is fostering channel economy. Chongqing will build together with en-route provinces (autonomous regions and municipalities) and ASEAN countries a batch of industrial cooperation parks that can enhance each other and ensure a win-win scenario.