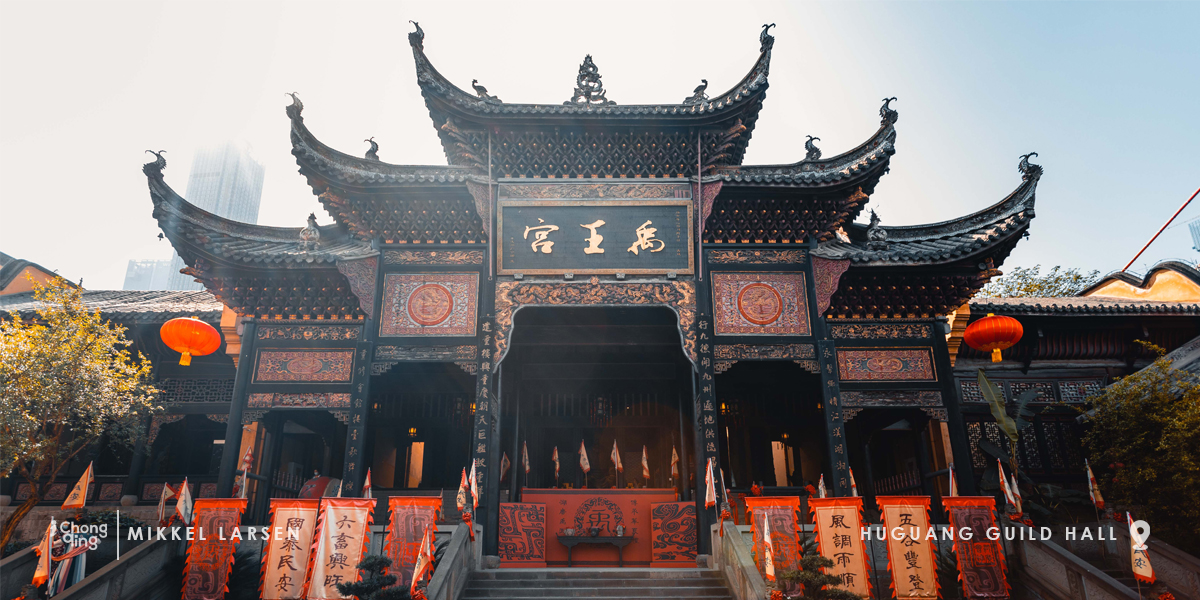 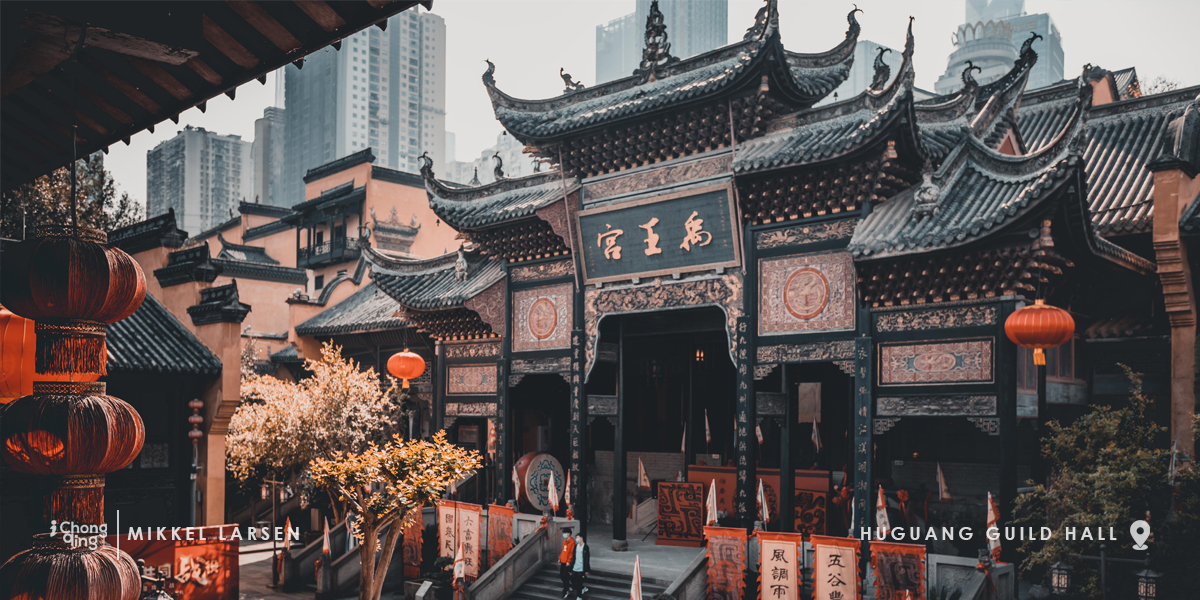 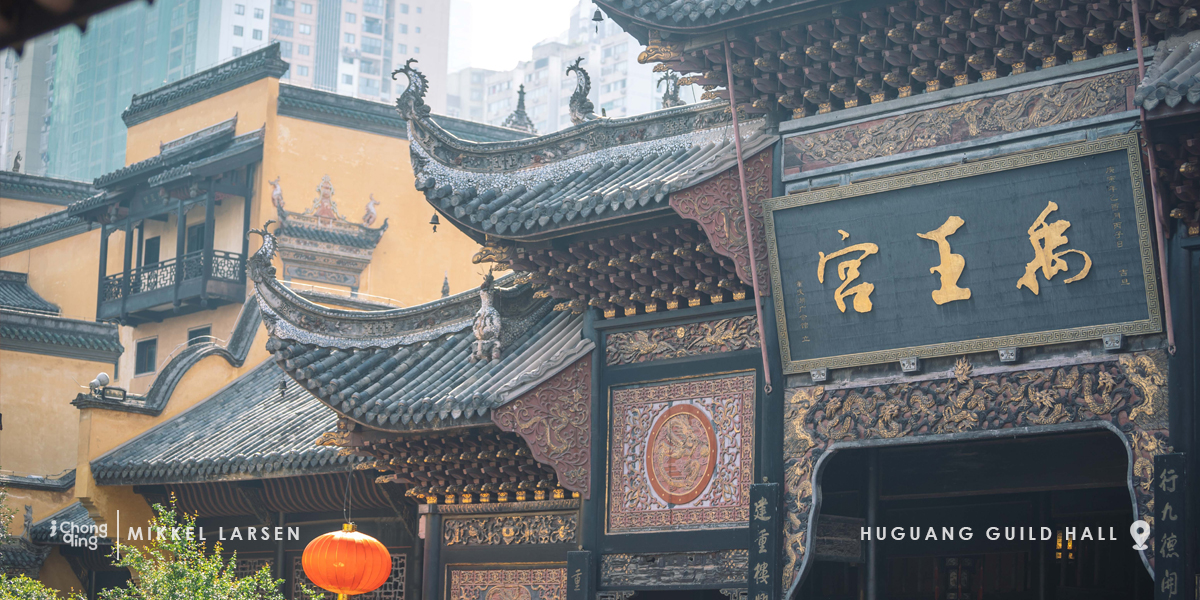 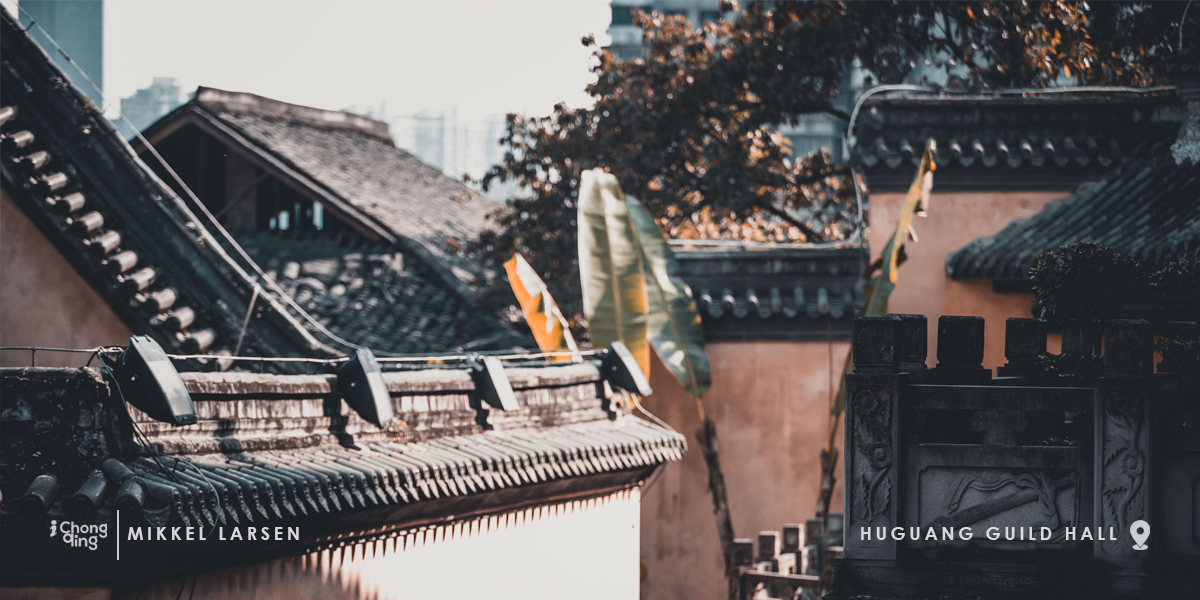 300 years ago, a series of disasters left the vast lands of Sichuan province wasted, sparking a large migration movement from the surrounding provinces to rebuild the area. That is the story behind Huguang Guild Hall or (Huguang Hui Guan 湖广会馆).

Constructed in 1759 under the regime of Emperor Qianlong during the Qing Dynasty, it was one of more than a dozen guild halls built in Chongqing but is now one of the only ones that remain.

300 years ago, a series of disasters left the vast lands of Sichuan province wasted, sparking a large migration movement from the surrounding provinces to rebuild the area. Follow us as we take you on a journey through 300 years of migration history at the Huguang Guild Hall in Chongqing.

Huguang Guild Hall is a complex of buildings, that functioned as a cultural, business, and social center for over 200 years.  During the Huguang Migration Movement to repopulate modern-day Sichuan Province, the travelers and migrants build Guild Halls in cities along the routes they traveled. These guild halls were built to serve the increasing number of people from their respective regions. Huguang Guild Hall thus served the people from Huguang, an area that roughly covers present day Hubei, Guangdong, Guangxi, and Hunan provinces. Huguang Guild Hall contains various halls and temples, as well as opera stages and a museum dedicated to the migration movement which happened some 300 years ago.

The overall complex of Huguang Guild Hall consists of meeting rooms, courtyards, theaters, and gardens, as well as rooms used for receiving dignitaries and conducting business, entertainment, and social activities. Some of the buildings and halls have very specific names, like the Guandong Hall, which was used to serve those who came from Guangdong province. Other halls include the Jiangnan Hall (South of the (Yangtze) River), Lianghu (for Hubei and Hunan), Jiangxi hall for Jiangxi Province.

One of the main attractions and features of Huguang Guild Hall is a temple dedicated to Yuwanggong, where people would pray for a good harvest, and near to Huguang Guild Hall, you can find Dongshuimen, which is one of the best-preserved old city gates in Chongqing. The iconic Dongshuimen bridge is named after this city gate.

Huguang Guild Hall was first constructed in 1759 during the Qing Dynasty but has seen significant changes over the years. Fires destroyed parts of the original Guild Halls but eventually led to the construction and expansion of new halls over time. As more and more settlers arrived from the surrounding regions, the complex grew in size and influence.

In the last years of the Ming Dynasty, the area was subject to wars, famine, and natural disasters which led to a large decrease in population, further compounded by the invasion of the Manchu. It is said that in all of the provinces, only 800.000 people remained.

The statue of Yuwang or Dayu was forged entirely in copper. Yuwang was a folk hero more than 4000 years ago, dedicated to flood control over a period of about thirteen years. During that time, he was so busy that even when passing his home, he didn’t go back inside. He worked tirelessly to alleviate disasters for the local people. His spirit has been venerated for generations ever since.

A guildhall, like a town hall, is a building historically used for meetings and social gatherings. Guilds of the time were like an association of craftsmen or merchants, who, together, oversee the practice of their trades in respective areas. So guild halls were built to protect the best interests of its members. During the Huguang repopulates Sichuan migration movement, business groups from various provinces came and established many guild halls all over the city of Chongqing. The Huguang Guild Hall is the one that remains today. It is built nearly 300 years ago by the migrants from Huguang. The provincial domain of “Huguang” during the migration movement was roughly equivalent to today’s Hubei, Hunan, Guangxi, Guangdong, and part of the Yunnan-Guizhou area in China. It was people from these regions that the Huguang Guild Hall served. The hall’s overall construction area takes up 7,653 square meters.

Walking around the guildhall, you can picture how people 300 years ago gathered and interacted here. The opera stages were centers for entertainment. Meeting rooms were for hot discussion. The attractive, historical architecture and environment make it a perfect location to visit.