Chongqing- In history, before Chongqing was the developed metropolis it is today, the Yuzhong peninsula that stretches narrowly between the Yangtze and Jialing rivers was crisscrossed by network pathways both over and along the hilly terrain.

The Mountain City Pathway is the most popular and best-preserved examples. Tourists and locals come to explore the historical relics, enjoy great views over the Yangtze, or simply enjoy a serene walk amid the otherwise bustling peninsula.

Among the historical attractions is a church that French missionaries built in 1900, and was later was used as a school and hospital. They also once installed lamps along the pathway to light people’s way in the darkness, giving the peninsula a starlight visual effect from a distance. This early feature of the pathway has been preserved to this day, so tourists can see the now modern lamps along the trail, or enjoy the view from down below at night.

In today’s vlog, James walks you through the Mountain City Pathway, and shows you this authentic, not to be missed experience of Chongqing! 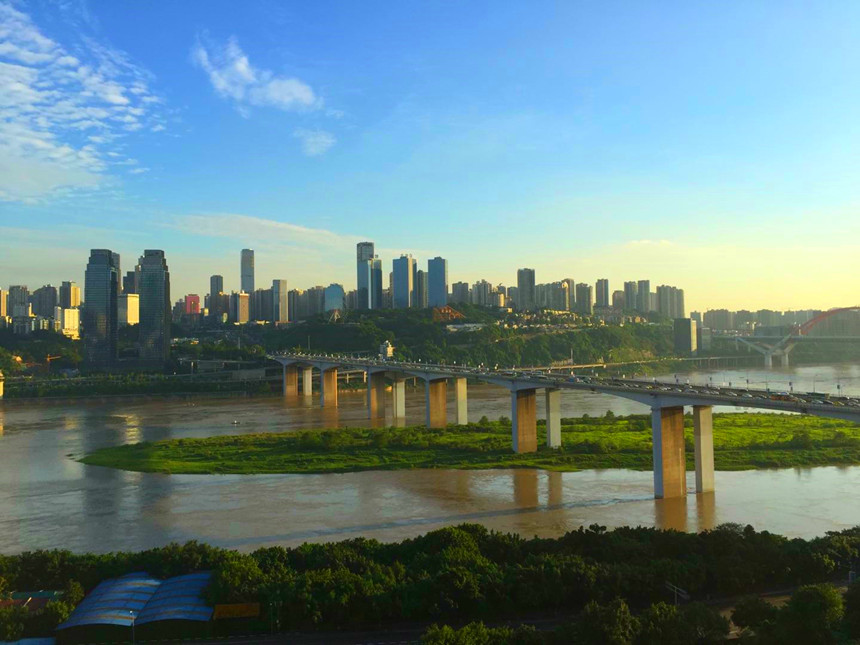 A view over the Yangtze towards Nanping District from the Mountain City Pathway, taken from my previous visit in the summer of 2017