Sichuan, Chongqing Commence Sci-Tech Projects Worth of Over USD 16 Billion

Chongqing and Sichuan convened the collective commencement ceremony of 2021 major projects in a joint effort to build a sci-tech innovation center with nationwide influence on May 27. 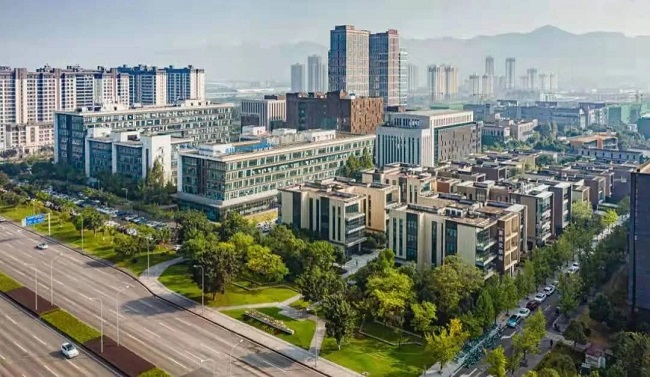 The ceremony announced the commencement of 40 major projects with a total investment of 105.45 billion yuan (about 16.6 billion U.S. dollars), of which there are 20 projects in Chongqing, including the super-transient experimental facility, Lenovo 5G, the innovation workshop of the collaborative innovation zone, and Chongqing Big Data Research Institute of Peking University.

Among them, eight major projects with a total investment of 28.36 billion yuan were commenced simultaneously in Western (Chongqing) Science City. One project is the super-transient experimental facility, serving as the first large-scale scientific facility in Chongqing.

The futuristic super-transient science is deemed one of the leading directions of scientific development in the following years.

Chongqing University will lead the construction of the super-transient experimental facility, which provides multidimensional research and regulation of time and space.

The infrastructure can understand not only the static structure but also the dynamic process of change of substances. The time scale involved can range from a femtosecond (i.e., one quadrillionth of a second) to a second, and the spatial scale from an angstrom (i.e., 0.1 nanometers) to a meter.

Efforts will be made to leverage the discipline advantages and scientific research strengths of the School of Mathematical Sciences, the Center for Data Science, as well as the National Engineering Laboratory of Big Data Analysis and Application Technology of Peking University in a bid to build an innovative talent gathering platform with international influence.