Whether you are a fan of hanfu (a historical style of clothing in ancient China), or a veteran theater fan; whether you like to visit parks, check in scenic spots, or love exciting theme parks, trying out thrilling rollercoaster or romantic Ferris wheel… Liangjiang New Area becomes the best option to find popular cultural and tourist destinations, and experience a variety of activities full of cultural appeal.

The Spring Festival, also known as the Chinese New Year, lasts from February 11 to 17 this year. Unlike in the past, when billions of passenger trips were made for the most important Chinese festival, many people have chosen to stay in Chongqing and avoided long-distance travel this year to prevent the spread of the COVID-19.

During the Spring Festival every year, Liangjiang International Film City (Minguo Street) is one of the most popular “net celebrity” attractions. The Film City features a replica of six Chongqing main street blocks from the 1930s containing over 220 historical buildings, as well as riverside neighborhoods featuring wooden houses and docks from the era, and sections of the city’s ancient walls. 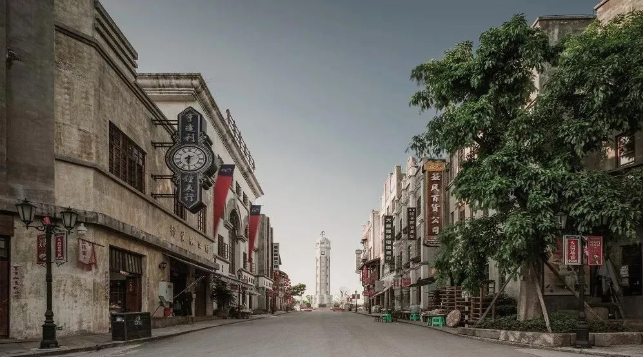 During the Spring Festival every year, Liangjiang International Film City (Minguo Street) is one of the most popular “net celebrity” attractions. (Photo/ Chongqing Liangjiang New Area)

Furthermore, for sports fans who are interested in “extreme” ways to experience different sides of Chongqing, the Chongqing Jihua Park Extreme Sports Center and its Indoor Ski Hall were fully opened during the Spring Festival.

The Sports Center brings together the world’s top extreme sports such as indoor wind tunnel skydiving, indoor surfing, rock climbing, and zip-lining, which also serves as the first building facility in China that integrates extreme sports, fashion, shopping, and hotel accommodation into one. Statistics show that more than 4,000 tourists had come to check in the place as of February 14.

With professionals coach hand-in-hand to challenge perfect operations such as snow flipping, jumping, and aerial grabbing, the snow play area and the ice area are equipped with abundant ice and snow entertainment facilities, including ice sculpture castles, mazes, snow tanks, and different ice and snow performances.

“It feels good to bring my family to the garden during the holidays to bask in the sun and enjoy the spring sunshine,” said Mr. Ling who lives in Yuanyang Street. “The vibrant scene and rich landscape at the Garden Expo Park make people feel happy.”

Other popular tourist attractions involve Chongqing Happy Valley, a theme park that covers an area of 550,000 square meters (658,000 square yards) and has a large number of rides and shows with high and advanced technology. Statistics show that the Happy Valley has received more than 30,000 tourists during the Spring Festival as of February 14. 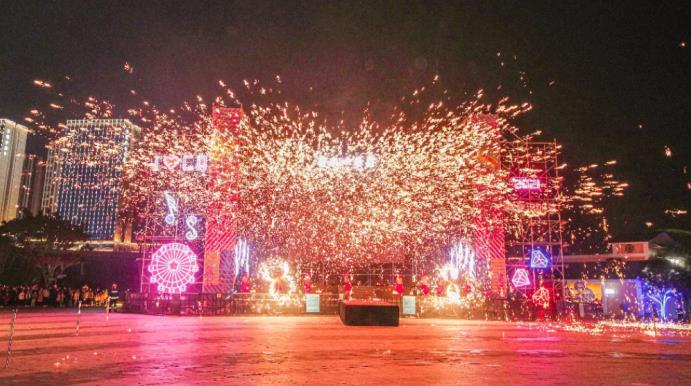 Statistics show that Chongqing Happy Valley has received more than 30,000 tourists during the Spring Festival as of February 14. (Photo/ Chongqing Liangjiang New Area)

Furthermore, the Chongqing Sichuan Opera Art Center staged a series of cultural shows, involving the Sichuan Opera stories and comedies, and the youth version of Sichuan Opera. During the Spring Festival, each Sichuan Opera performance was watched by more than 200 people, many of whom were young audiences. The fans of Sichuan opera were “younger”, which reflected the continuous inheritance and development of Sichuan opera culture and art in Liangjiang New District.