As we officially wave goodbye to the eventful 2020 and step into 2021, "year of the ox" according to Chinese lunar calendar and traditional zodiac signs, we should be prepared for a new year that's more strong, resilient, confident, and inspiring, as indicated by the characteristics of oxen.

Unlike previously when we're still able to move freely around the country, paying Chinese new year calls to relatives and friends as we wish, this year's Spring Festival poses a bit of a challenge to people's travel plans and reunion schedules amid the nationwide anti-epidemic campaign, which encourages migrant workers to stay put during what's been called the world's largest yearly human migration period, or #Chunyun (#春运).

However dispirited you might've become for not being able to travel around, let's look on the bright side for the moment. So, here in this special page, we bring you some of the most exciting traditions, delicacies, and events that we can look forward to in the upcoming Spring Festival holiday. You can also get a glimpse of how Chongqing locals, expats, and our millions of fans are celebrating the holiday to the best of their abilities, and learn to follow the latest trend of practicing #VirtualReunion (#云拜年). 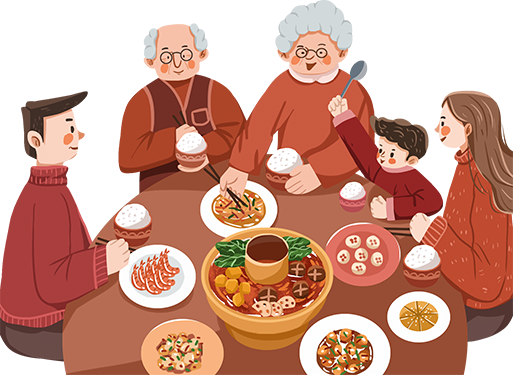